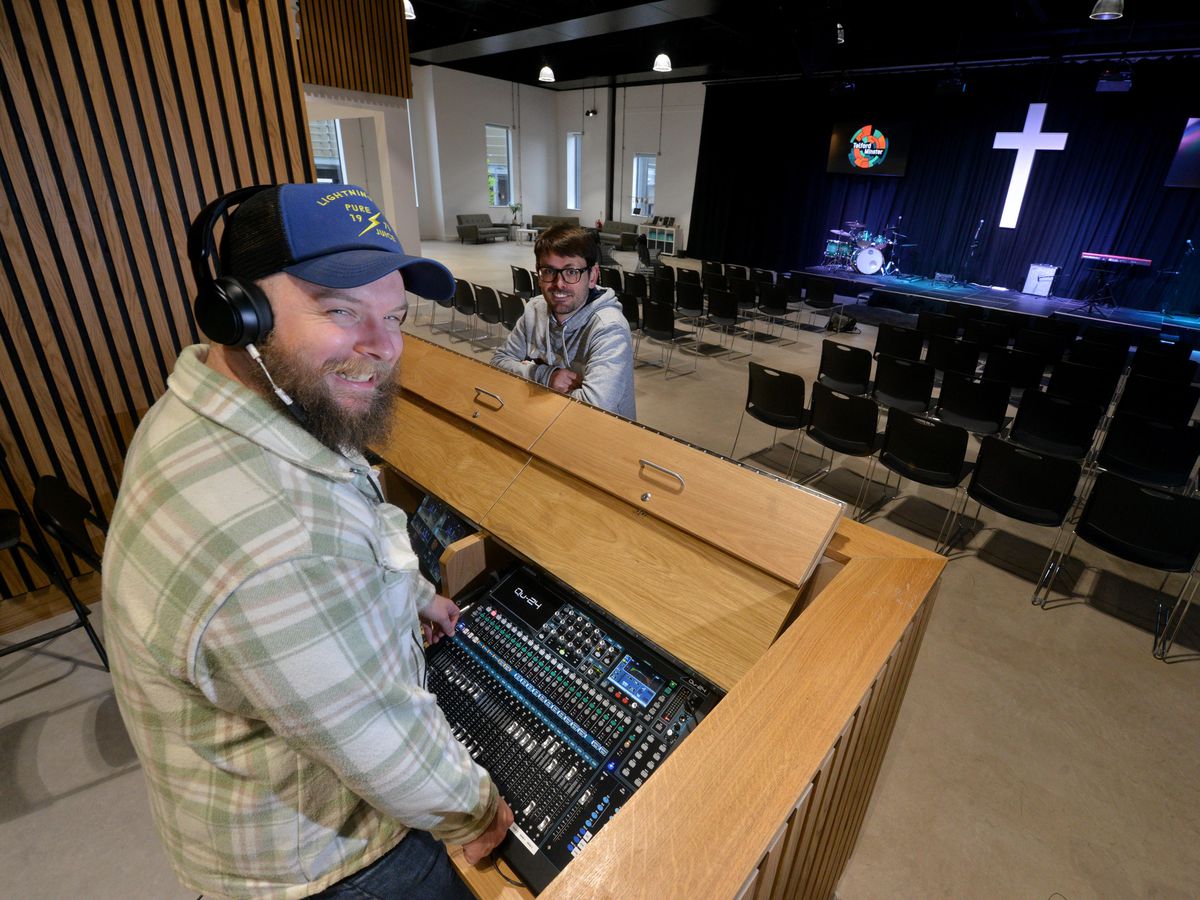 Telford Minster, which has the backing of the Archbishop of Canterbury, was set up at a cost of around £1.7million inside the Southwater Meeting Point house as part of an initiative to meet the needs of the growing borough.

The idea was launched as a strategic project funded by the Diocese of Lichfield and the National Church of England to see churches grow and thrive in the growing city and surrounding communities in Shropshire.

Following the setback of the coronavirus pandemic and contractor issues, the modern 350-seat worship facility was completed in time for the run-up to Holy Week and Easter celebrations.

The official opening service is to take place on Friday evening with diocesan and civic dignitaries among the guests at the venue created in a former warehouse, which will be followed by a worship celebration.

Vicar Rev Matt Beer, who worked with his team on the centre’s development, said: ‘We are delighted to launch Telford Minster on May 6 at 7pm this year after significant delays due to the pandemic and construction difficulties .

“Telford Minster’s vision is to make Jesus known across Telford and the borough through outreach to local communities. We are also here to help other local Christian churches grow and thrive in the existing community .

“Telford Minster began as a strategic project funded by the Diocese of Lichfield and the National Church of England to see churches grow and thrive in our developing and growing city.

“We hope you enjoy joining us and seeing what’s happening at Telford Minster in Southwater Square.”

Weekly services including youth sessions are held on Sundays at 4 p.m.

The church center was supposed to open two years ago, but it was delayed by the pandemic crisis and other issues. There is already a congregation in place made up of congregants from the old Springfields congregation who previously met in rooms on the premises.

The new religious center will have a pioneering orientation and is set up to respond to the growing population of the borough and to cope with social changes. It was created from warehouse space. with an extension features a contemporary auditorium.

Mr Beer said the project was part of a project to launch a new model where he will seek to set up congregations in homes, cafes and mother and toddler groups.

There were also plans to establish congregations in ten areas, including Sutton Hill, Oakengates and Lawley.

A cathedral is traditionally not a parish church, but a large inner-city church, instructed to face outwards.

Reimagining school through a Buddhist lens