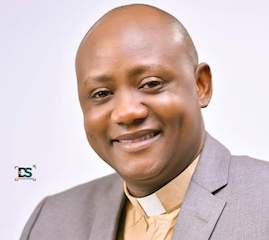 A Tale of Two Fasts, By Justine John Dyikuk

In a troubled world where religious intolerance has resulted in the loss of lives and livelihoods, Christians and Muslims have reason to be sober and embrace religious pluralism and peaceful coexistence. Unfortunately, various events have hurt a lot. For example, between October 2016 and January 2017, more than 6,000 Muslim Rohingyas were persecuted and killed by the Burmese army in Myanmar. Similarly, there was an alarming report from Crux that “At least 3,462 Christians, including ten priests or pastors, have been murdered in Nigeria in the first 200 days of 2021.” These sad incidents suggest that the world is more religious than spiritual.

Perhaps Samuel Huntington (1996) was right when he predicted a “clash of civilizations” between the West and the Islamic world in the post-Cold War era. Despite this seemingly unsavory history, “people of the book” share some common values ​​that, if properly harnessed, could build bridges of peace. On March 2, Ash Wednesday 2022, Christians around the world began their 40-day fast which is set to end on Maundy Thursday, April 14, leading up to the celebration of Easter.

Similarly, their Muslim counterparts began their 30-day holy month of Ramadan on April 2, which is due to end on May 2 with the Eid al-Fitr party. This holy coincidence speaks to the heart of godliness as a modest attempt to heal the world and live in a pluralistic society. This piece argues that despite the bitter past regarding what happened between Christians and Muslims, these fasts could be catalysts for global harmony.

Fasting in the Christian tradition

For Christians, Lent begins on “Ash Wednesday” and ends at sunset on Maundy Thursday. On this day, the faithful are marked with ashes on the forehead in accordance with the Holy Scriptures (cf. Esther 4:2-3; Daniel 19:3; Jonah 3:6 and Matthew 11:21) as a sign of repentance and penance . . In imitation of Moses (Cf. Exodus 34, 28) and of Jesus (Cf. Matthew 4, 2), the people of God adopt the three traditional spiritual acts which are prayer, fasting and almsgiving.

In Islam, fasting also called Sawm or Rūzeh is the practice of abstaining from eating, drinking, smoking and having sex during the holy month of Ramadan. Sawm occurs between dawn and dusk when adhān of the Maghreb prayer is proclaimed. It appears in the ninth month of the Muslim lunar calendar. As the fourth of the five pillars of Islam, fasting in Ramadan compels Muslims to give alms, read the Holy Quran more often, and practice reflection.

Ramadan disposes the Muslim faithful to be sensitive to the needs of the elderly, foreigners, widows, orphans and other vulnerable groups. This is achieved when breaking the fast. The wealthy invite family members, friends and neighbors to enjoy the iftar – that is to say the evening meal taken which replaces breakfast, lunch and dinner. It is a sign of gratitude to Allah for the gift of life and all good things. Islamic scholars are of the opinion that: “Fasting (Sawm) brings many rewards, whether we fast voluntarily or during Ramadan. It improves our physical health and our relationship with food, helps us to be more grateful and aware of Allah, protects us from Fire and leads us to Jannah.

Nostra Aetate, The Declaration on the Church’s Relationship with Non-Christian Religions, revealed that Muslims are believers in one God who respect Jesus and his Mother the Virgin Mary; though they do not believe in Him as God. They claim He is a Prophet. Muslims believe that God will judge all people. They worship God through prayer, charity and fasting. It also suggests that overemphasizing differences with Muslims is a sin. It is on the basis of the teaching of Vatican II as espoused in Nostra Aetate that Popes John 6, John Paul 2 and Benedict 16 called Muslims “brothers”.

In his address to the United Nations on January 25, 1959, Pope John XXIII historically reminded people of different religions, cultures and ethnicities that: “Peace on earth is an object of deep desire for humanity. He pointed out that the four principles to achieve peace for humanity are: “Truth, justice, solidarity and freedom”. Go forward, Nostra Aetate is employed as Magna Carta for interreligious relations.

In a Ramadan message released by the Vatican on April 8, leaders of the Pontifical Council for Interreligious Dialogue called on Christians and Muslims to share God’s generosity and gifts with each other. The statement co-signed by Cardinal Miguel Ángel Ayuso, President of the Council, and Msgr. Indunil Janakaratne Kankanamalage, Secretary of the Council, indicated that “God’s generosity fills our hearts with gratitude to him and, at the same time, encourages us to share his gifts with our brothers and sisters who are in any type of need. “.

In the statement that drew attention to sharing in this time of the coronavirus pandemic, the Vatican reiterated that sharing “involves sharing each other’s joys and sorrows, which are part of all human life.” The officials surmised, “Our hope, dear Muslim brothers and sisters, is that we continue to share the joys and sorrows of all our neighbors and friends, for God’s love embraces each person and the entire universe.”

This was also replicated in another Ramadan message which was posted on Thursday April 7 by Bishop Emmanuel Badejo of the Nigerian Diocese of Oyo who said that: “The Almighty Allah, Who grants all good things, must have part in coincidence you begin this unique spiritual exercise while Christians are still observing their annual fast which we started a month ago.

Speaking further, he stressed, “May our fasting and prayers make us work for a better Nigeria that we all desire,” while adding that Nigeria “is ours, our common heritage and our country. Let us seek its unity, its political stability, its fairness, its true and good governance as we seriously prepare for the general elections early next year. Bishop Badejo advised Muslims and Christians to work together for unity, justice and good neighborliness while seeking justice, peace and development. He took the opportunity to wish all Muslims “a fruitful and blessed month of Ramadan”.

Christians and Muslims are challenged to be charitable towards orphans, widows, the elderly, those in prison, the hospitalized and all those in need. It is also a season to show acts of mercy to countless vulnerable groups such as immigrants and refugees across the world. It is high time they reflect on the life of Jesus and the Holy Prophet Muhammad (peace be upon him) for positive action. Russia’s current aggressive invasion of Ukraine is akin to the biblical analogy of the murder of Abel by his brother, Cain calls for global synergy to stand up for truth and what is right.

This holy season demands that these two nations (Ukraine and Russia) of Christian heritage pay attention to the passion of Christ by fasting from this meaningless war. “Fast,” as the common denominator for the world’s greatest religions, should be the basis for promoting justice and peace in the world. Amid the conflicts in the Middle East and North Africa, may the last days of Lent leading to the celebration of Easter and the fasting of Ramadan transform the world into a new heaven and a new earth that every human soul desires.

Justine John Dyikuk is a Lecturer in Mass Communication at the University of Jos, Editor of Caritas Journal and Head of Media Team Network Initiative (MTNI), Nigeria.

Support the integrity and credibility journalism of PREMIUM TIMES

Good journalism costs a lot of money. Yet only good journalism can guarantee the possibility of a good society, an accountable democracy and a transparent government.

For free and continued access to the best investigative journalism in the country, we ask that you consider providing modest support to this noble endeavour.

By contributing to PREMIUM TIMES, you help sustain relevant journalism and keep it free and accessible to everyone.

Putin and the Russian Orthodox Patriarch see the West as weak and Russia as strong. So they invaded.

How has Christianity provided a sense of community to Afghan refugees?