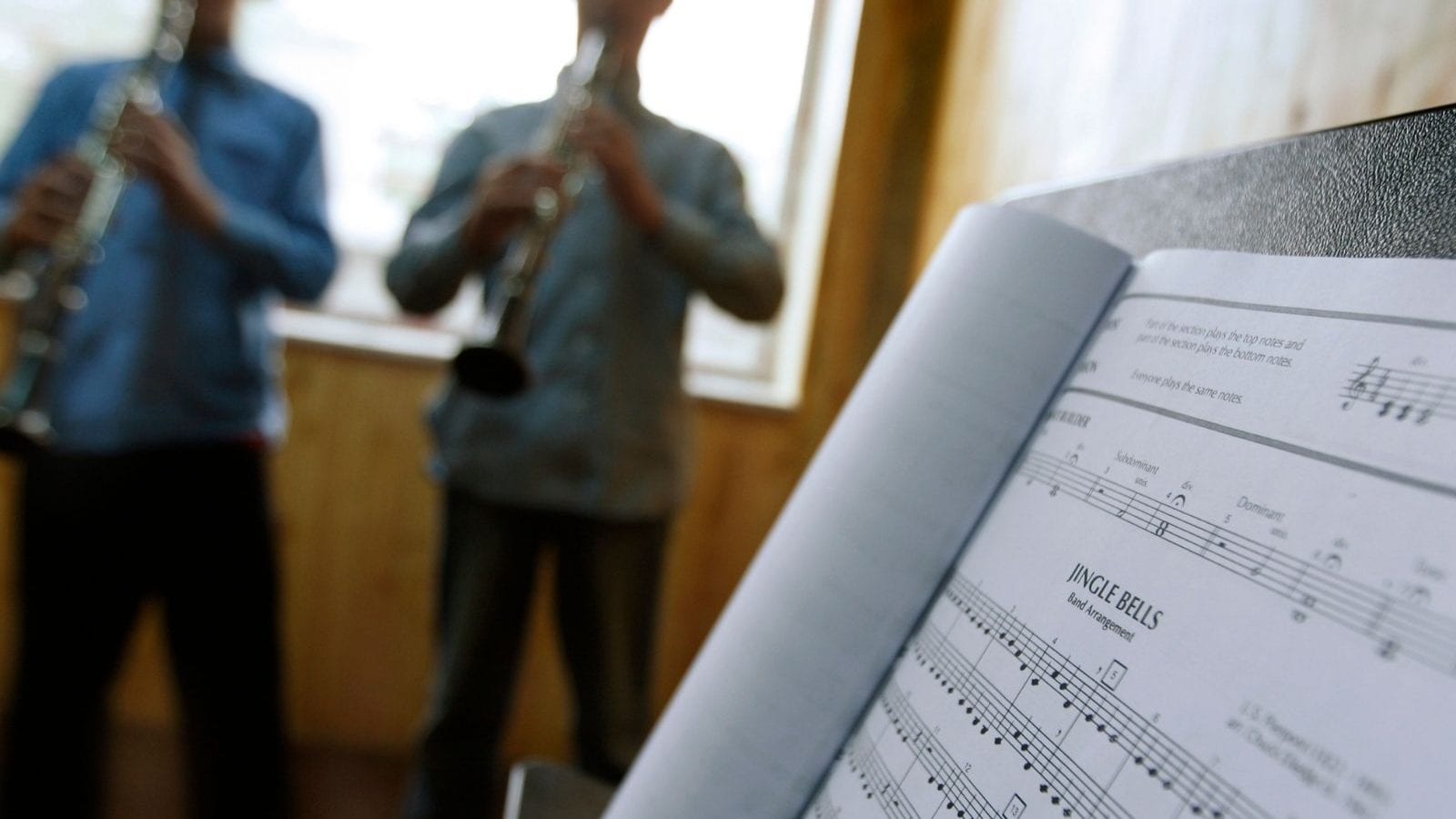 A few years after the Taliban ousted in 2001, and with Afghanistan still in ruins, Ahmad Sarmast left his home in Melbourne, Australia, with a mission: to revive music in his homeland.

The school he founded was a unique experience of inclusion for the war-torn nation – with orphans and street children in the student body, it sought to bring some joy back to Kabul. The Taliban had notoriously banned music.

Last week, he watched in horror from his home in Melbourne at images of the Taliban taking control of the Afghan capital, capping a lightning offensive that restored power to religious militias and stunned the world.

Since then, Sarmat’s two cell phones have not stopped ringing. Most of the calls come from panicked students asking what happens next. Will the school be closed? Would the Taliban ban music again? Are their precious instruments safe?

“I’m heartbroken,” Sarmast told The Associated Press. “It was so unexpected and unpredictable that it was like an explosion, and everyone was taken by surprise,” he said of the Taliban takeover.

Sarmast had left Kabul on July 12 for his summer vacation, never imagining that a few weeks later the whole project and everything he had worked on over the past 20 years would be in jeopardy. He is terrified for his 350 students and 90 professors, many of whom have already gone into hiding. Reports of the Taliban looking for door-to-door opponents have fueled their concerns.

“We are all very, very afraid of the future of music, we are very afraid of our daughters, of our faculty,” he said. Sarmast, who spoke in a Zoom interview, requested that additional details about the students and the school not be released because he did not want to put them in danger.

As a sign of what the future has in store for them, radio and TV stations have stopped broadcasting music, except for Islamic songs – although it is not clear whether the change in programming was the result of ‘Taliban edicts or an effort of the stations to avoid potential problems with the insurgents.

Sarmast, 58, the son of a famous Afghan composer and conductor, sought asylum in Australia in the 1990s, a time of civil war in Afghanistan.

In 1996, the Taliban took power. The ultra-religious movement banned music as a sin, with the sole exception of certain religious vocal pieces. Cassettes were torn and hung from trees.

But after the US-led invasion overthrew the Islamists, Sarmast dreamed of revival. After obtaining a doctorate in musicology, he returned to Afghanistan and in 2010 founded the Afghanistan National Institute of Music.

Donations from foreign governments and private sponsors quickly poured in. The World Bank provided a cash grant of US $ 2 million. Almost 5 tons of musical equipment – violins, pianos, guitars and oboes – were transported by truck, a gift from the German government and the German Society of Music Merchants. Students learned to play traditional Afghan stringed instruments such as the rubab, sitar and sarod. The tabla drum was among the favorites.

“It was such an amazing school, everything was perfect,” said Elham Fanous, 24, who was the first student to graduate from the music institute in 2014, after spending seven years at the school. .

“It changed my life and I really owe it to them,” he said of the school, which he describes as Afghanistan LaGuardia, a New York public high school that specializes in teaching music and the arts. A visitor once called it “the happy place of Afghanistan”.

“I can’t believe this is happening,” Fanous added, speaking of New York City, where he recently received his master’s degree in piano from the Manhattan School of Music. He was also the first Afghan student to be admitted to an American college music program.

The musicians of the institute have traveled all over the world to represent their country, presenting a different face for a place known in the West only for war and extremism. Fanous himself has performed at concerts in Poland, Italy and Germany.

In 2013, the institute’s youth orchestra began its first tour of the United States, performing at the Kennedy Center and sold out at Carnegie Hall. Members of the orchestra included a girl who not long ago had sold chewing gum on the streets of Kabul. An all-female orchestra called Zohra, named after a music goddess in Persian literature, was established in 2015.

In 2014, Sarmast was attending a concert in the auditorium of a French high school in Kabul when a huge bomb exploded. He partially lost hearing in one ear and has since had many operations to remove shrapnel from the back of his head. The Taliban claimed responsibility for the suicide bombing, accusing it in a statement of corrupting Afghan youth.

This only increased his resolve and he continued to divide his time between the school administration in Kabul and Australia, where his family lives.

Today he suffers when he thinks of the melodies that once echoed in the halls of school and the lives of boys and girls that are now turned upside down.

Yet he clings to hope, believing that young Afghans will resist. He is also counting on the international artistic community to fight for the right of Afghans to music.

“I still hope my kids will be allowed to go back to school and continue and enjoy learning and music,” he said.

Faith: The old hymns in church are missing