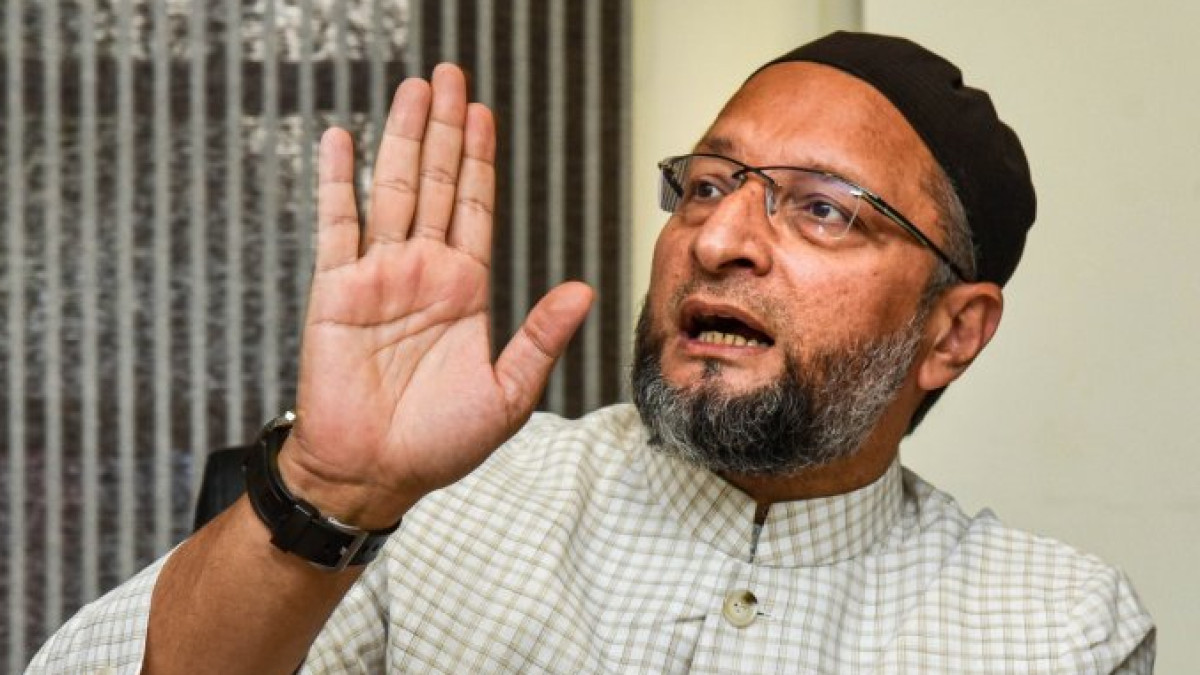 Distancing himself from controversial remarks by MP and AIMIM leader, Imtiaz Jaleel, where he was heard demanding the hanging of now-suspended BJP spokesperson Nupur Sharma for her remarks against the Prophet, the leader of the party, Asaduddin Owaisi, said Sharma should be “punished according to law”.

Speaking to news channels, Jaleel said, “Islam is a religion of peace. It’s true, people are angry, we too demand that Nupur Sharma be sentenced to death. If she easily lets herself go, then it (hurting religious feelings) will be endless. We mean that if a person makes such comments against any caste, religion, religious leader or our Prophet, then there should be a law that guarantees strict and immediate action. Just removing her from the party isn’t enough action. In videos that went viral, Jaleel could be heard insinuating that Sharma should be hanged in “this very place” in Aurangabad.

“We demand the arrest of Nupur Sharma and his timely trial and sentencing in accordance with the law of the land,” AIMIM tweeted from its official handle.

When asked if he regretted his remarks, Jaleel replied: “We are not a banana republic. As a legislator, I know it is wrong to hang people in the street. My intention was to declare that there should be strict measures against her. On the one hand, we have a woman who will now spend more than a month in jail because of her alleged statement against NCP leader Sharad Pawar. On the other hand, we have someone who disrespected the Prophet who is followed by billions of Muslims…I was just espousing that there should be a law against those who hurt religious feelings.

The Prophet Muhammad Controversy So Far

The whole controversy stems from disparaging comments about the Prophet Muhammad made by former BJP spokesman Nupur Sharma during a TV talk show. The remarks sparked a huge row and since then there have been several cases filed against her for hurting religious feelings.

In a bid to limit the damage after an intense backlash from more than 15 countries, the ruling BJP suspended Sharma while issuing a statement saying it respects all religions and strongly opposes insulting any religious figure. . After that, Sharma withdrew her statement unconditionally.

In Delhi, 31 people were arrested under sections 153 (gratuitous provocation with intent to cause a riot), 295 (injuring or desecrating a place of worship with intent to insult the religion of any class) and 505 (statements leading to public mischief) of the Indian Penal Code.

After two days of stone-throwing and arson attacks in Howrah district, West Bengal, police arrested 60 people and detained them in IPC sections dealing with rioting, attempted murder and damage to public property, among other things, said a senior police officer.

Protests that erupted in Howrah on Friday over former Bharatiya Janata Party (BJP) spokesperson Nupur Sharma’s comments on the Prophet Muhammad turned violent as hundreds of protesters blocked roads in different parts of Howrah and clashed with police when they tried to break the blockade on National Highway-6, a police officer said.

In the meantime, an FIR has been registered for unlawful assembly against anonymous organizers of the demonstration. Aurangabad Police said the protest was non-violent.