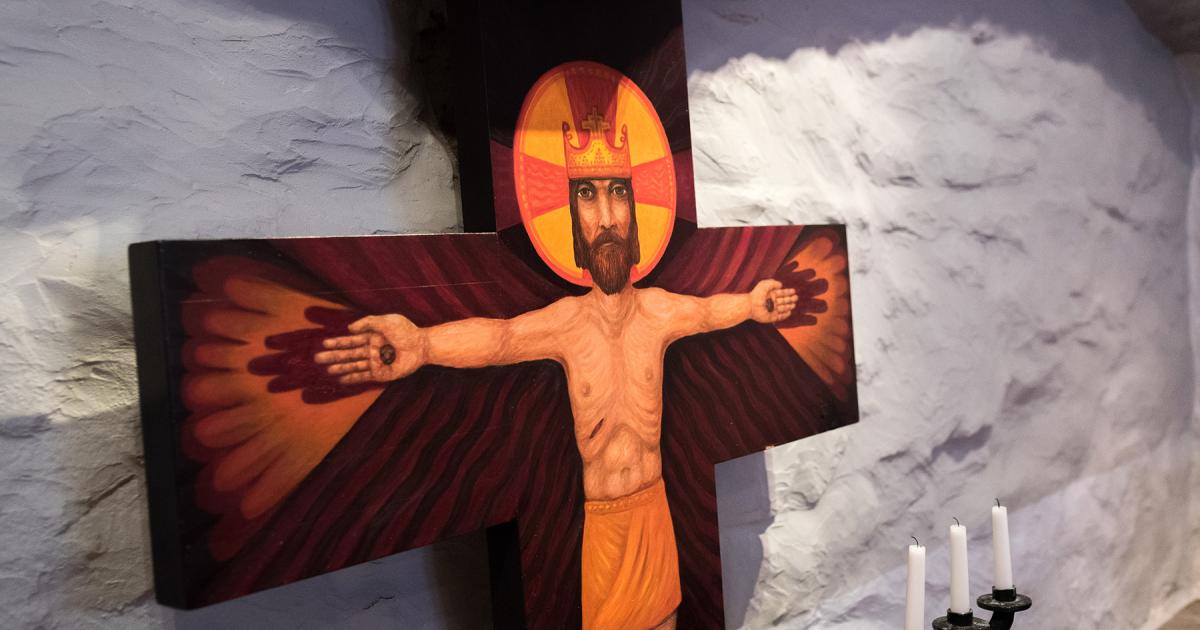 Ancient and modern encounter at the Estonian Theological Institute

(LWI) – Walking in the Estonian Evangelical Lutheran Church Institute of Theology in Tallinn, it’s like stepping back in time to rediscover the events that shaped the country and its people. Located within the walls of a medieval church and hospice, the institute underwent extensive renovations in the 1990s, shortly after the country regained its independence from Soviet occupation.

Today, it offers in-person and online training in theology and history, liturgy and music, ecumenical and interfaith studies, as well as hands-on pastoral education, to more than 140 students. The majority are middle aged and work in a variety of jobs, having discovered that religion can provide direction for their daily lives. It is here that the new General Secretary of the Lutheran World Federation (LWF), the Rev. Anne Burghardt did her pre-ordination pastoral training, later returning to teach and serve as director of development.

Enter the dark and paved corridor of the institute, descend into the library housing thousands of precious volumes and “you can breathe the air of [past] centuries here, â€said Acting Rector Rev. Marko Tiitus. The adjacent 13th century Church of the Holy Spirit was the first place in the country where services were held in Estonian after the Reformation and the first copies of Luther’s Catechism in Estonian were printed there in 1535. On the wall The church’s whitewashed exterior is a colorful, clock carved by the country’s Baroque master, Christian Ackermann.

The institute was established in 1946 with the mission of continuing to provide theological education in the country, after the Communist authorities closed the theological faculty of the famous University of Tartu, founded three centuries earlier. Tiitus explains that the dean of the new institute saw the importance of “keeping the traditions of Tartu alive”. He convinced the Soviets to maintain a place of theological education “to prove to the free world that they respected the right to religious freedom“. 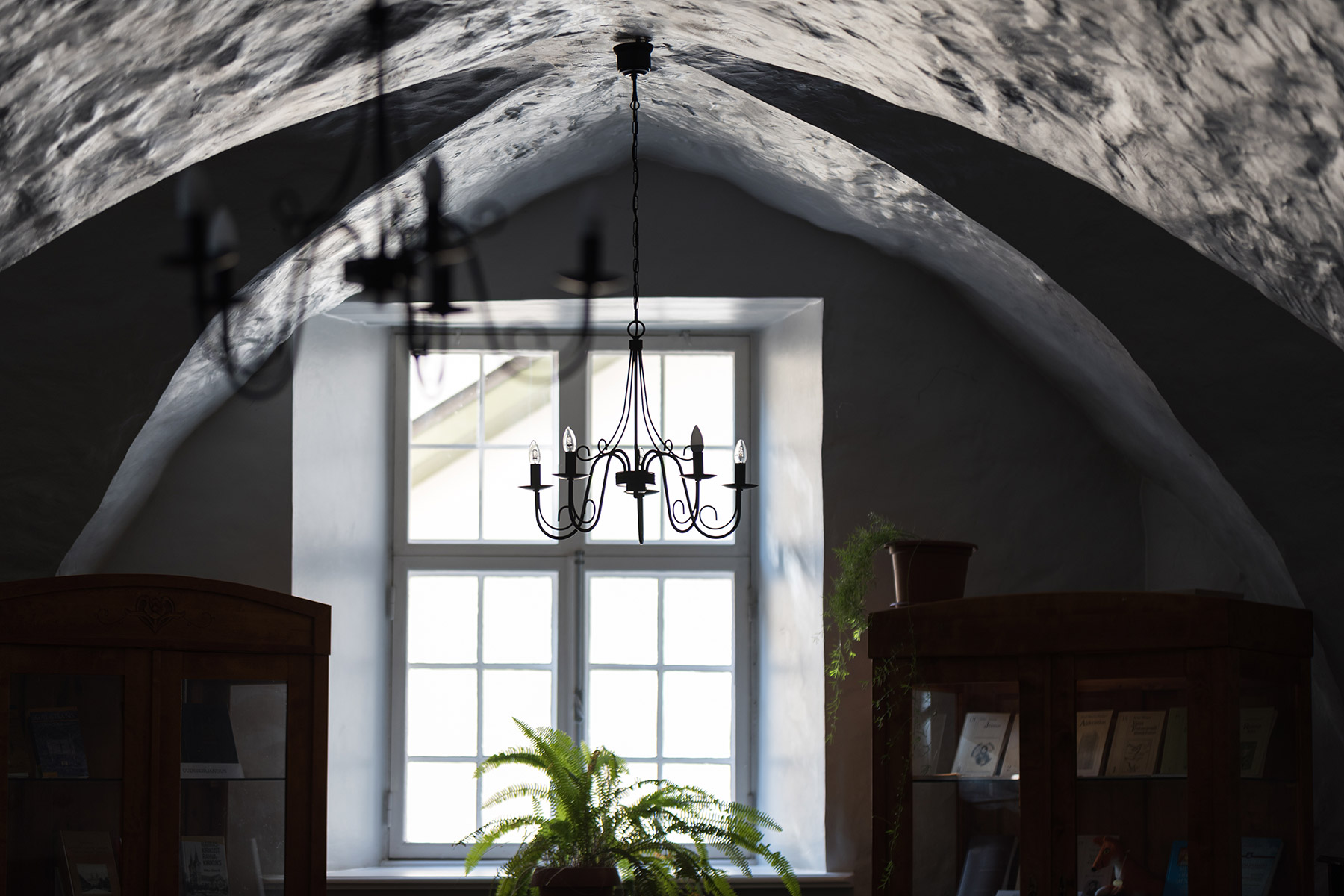 Window to the Free World: Entrance hall of the Theological Institute of the Estonian Evangelical Lutheran Church

Along with its stated goal of training new Lutheran pastors, continues Tiitus, the institute became known as “an open window to the world, where people could receive education without ideological pressure.” Writers, artists, people of all different professions, he says, “have come just to listen and learn to read texts, to trace sources, to think critically and to feel the atmosphere of academic free thought.”

Although the institute remained open, contact with the West was largely prohibited. Among the tens of thousands of publications lining the library shelves are typed and bound books that have been painstakingly translated in secret from German or other languages â€‹â€‹where theological literature was available free of charge. Librarian Jana Lahe shows volumes of Bible commentaries that were copied and hand-annotated, before being smuggled back to Tallinn from a Siberian labor camp. 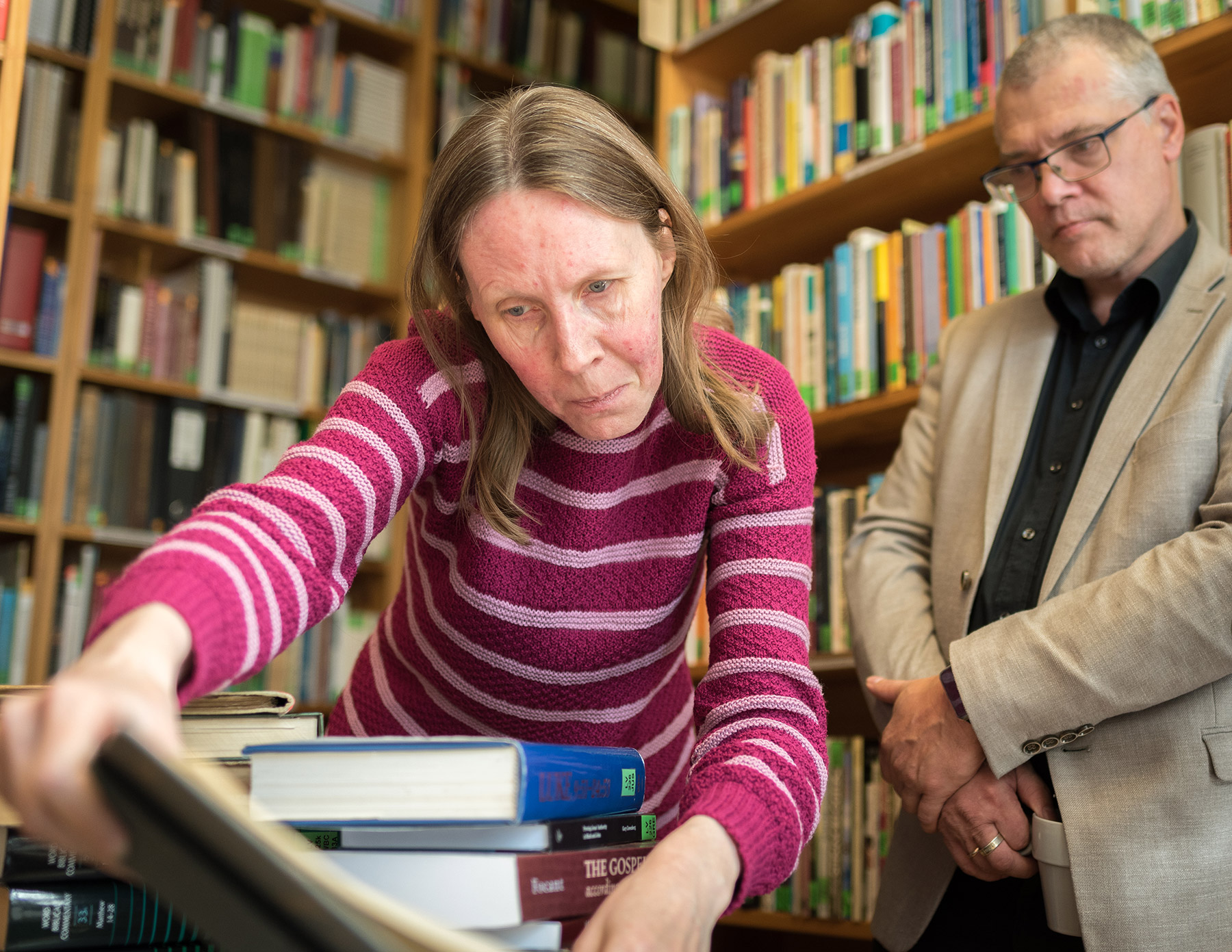 Librarian Ms. Jana Lahe at the Institute of Theology of the Evangelical Lutheran Estonian Church with the Acting Rector Reverend Marko Tiitus

Today, the institute maintains this dual stream of ministry training in its pastoral seminary, while also offering academic training to other professionals with little or no religious knowledge. A key element of this “outreach mission” is its master’s program in Christian culture and history, set up under the direction of Reverend Anne Burghardt in 2004. PÃµder, head of the institute’s chair of systematic theology, ” she is capable of making the beauty of faith and of the Gospel perceptible and understandable to others â€.

PÃµder and Burghardt have known each other since high school – her father was the Lutheran pastor who led her confirmation class and started her on a path to ordination. They worked together on many projects, from the publication of theological books to their participation in the first Lutheran-Orthodox dialogue in Estonia. â€œShe has a passion for the gospel, for her work in the church,â€ he says, â€œbut she also has experiences of an environment where most people have never had, or have lost, a link with a Christian denomination. â€ 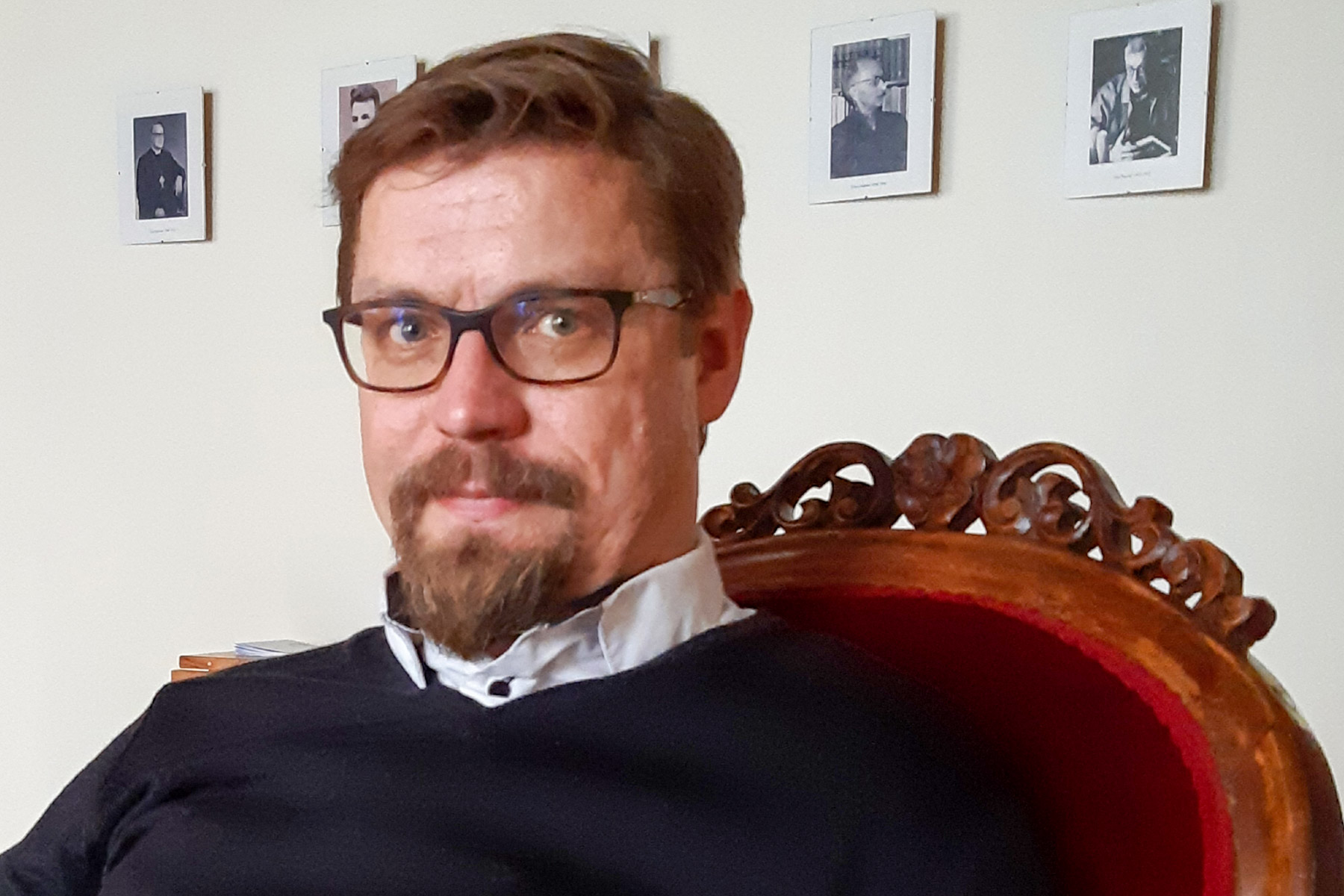 Dr Thomas-Andreas PÃµder, Director of the Chair of Systematic Theology at the Theological Institute of the EELC

Despite its strong Lutheran heritage, which lasted throughout the first period of independence from 1918 to 1940, Estonia is today one of the most secularized countries in the world. According to the latest census, Lutherans and Orthodox churches together make up less than a third of the population of 1.3 million people. â€œThe numbers aren’t that important,â€ says PÃµder, â€œbut the challenge is to provide a good testimony of the gospel together. “

One concrete way this happens is through the Institute’s Orthodox Theological Chair, a rare example of such high-level ecumenical cooperation within an academic institution. Mag.theol. Tauri TÃ¶lpt coordinates the department which was created in 2014 and is proving increasingly popular with students of both faiths. “It is a beautiful testament to practical ecumenism to have this Orthodox specialization in a Lutheran program,” he says, “with strong friendships being made at this level of training.” 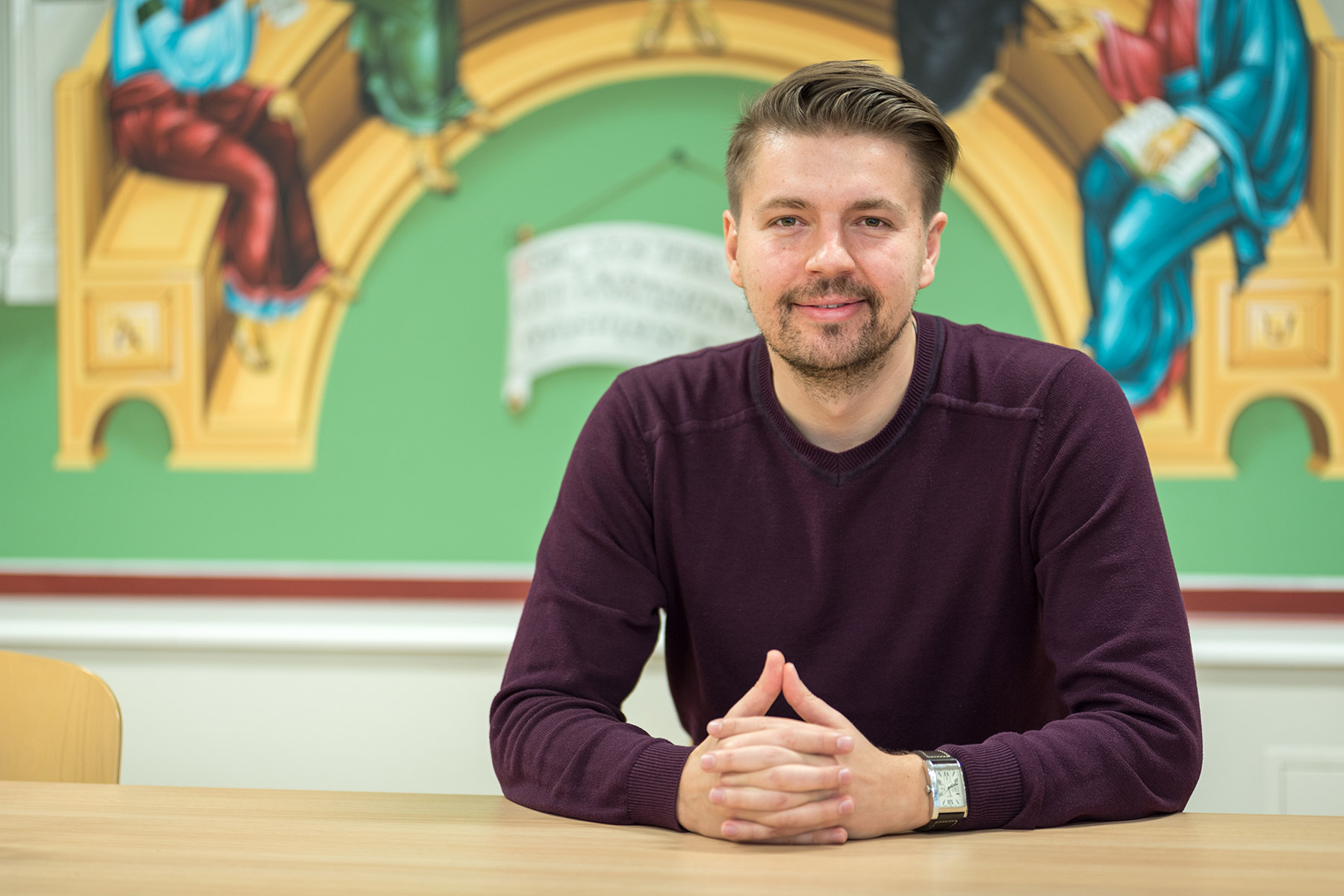 TÃ¶lpt is also director of the Institute of Theology of the Estonian Apostolic Church, affiliated with the Ecumenical Patriarchate, while the majority of Orthodox believers in Estonia are members of the Russian Orthodox Church. There is little communication between these two communities, but Lutherans, Orthodox and leaders of seven other smaller Christian denominations cooperate closely through the Estonian Council of Churches.

TÃµlpt stresses the importance of “giving a common witness to our secular society”, stressing the need “for an educated clergy to provide responses to contemporary challenges”. He notes that churches have different ways of engaging in the public arena: â€œWe focus more on the common heritage of our ancestors, the Apostles and the Fathers of the Church, while Lutherans are much more open to engage on political and ethical issues. But he is excited about Burghardt’s new role as LWF leader: â€œWe are proud of her, she represents us all,â€ he says, adding that she is currently completing her doctorate in Orthodox liturgy. â€œThe biggest challenge for all of us is to live the faith and make it real, to touch the hearts of people today,â€ he concludes.

Mama’s Meuzz: the beauty and pain of black motherhood