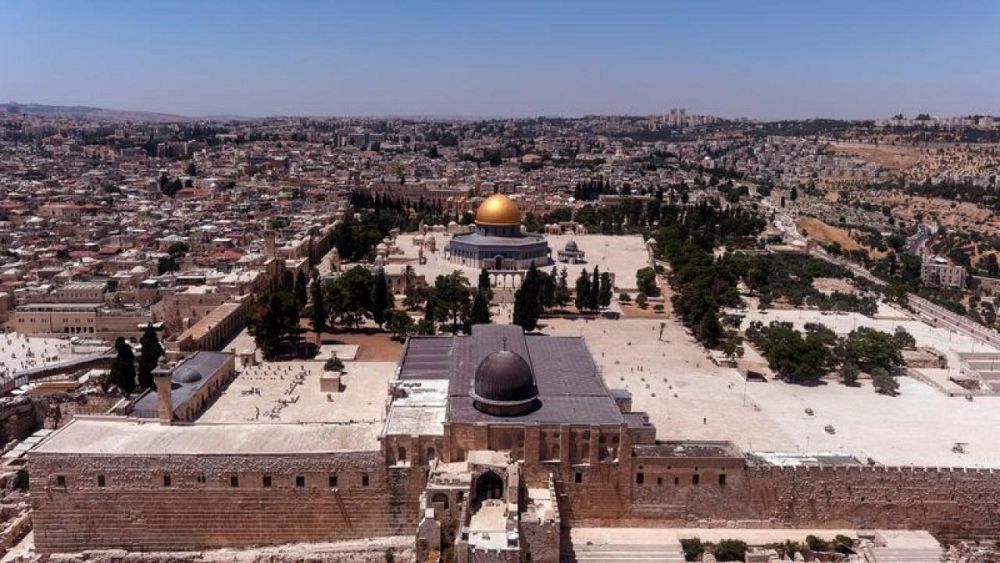 At the holy site of Jerusalem, whispered prayers defy the unwritten agreement

JERUSALEM Reuters) – After weeks of relative calm in Jerusalem, friction between Israel and Palestinians over unauthorized prayers by Jewish visitors to the Al-Aqsa Mosque compound is raising the stakes at one of the most holy sites unstable Middle East.

Within the compound, the third holiest site in Islam after Mecca and Medina and the holiest in Judaism, only Muslim worship is permitted. Jews cannot pray there. But some do. And more and more, stoking the anger of the Palestinians.

Tensions between Palestinians and Jewish visiting groups are never far away but the risks of confrontation increased ahead of Sunday when Jews mark Tisha B’Av, a holy day of mourning for the ancient temples that once stood at the site.

On Friday, the Islamist militant group Hamas urged Palestinians to defend the mosque on Sunday “by all possible means”. The mosque’s preacher, Sheikh Ekrima Sabri, called on worshipers to attend prayers and foil “the plan of radical Jews to storm the site”.

Although only a small minority of Jews actively try to pray on the raised stone plaza where the mosque sits, visits by Jews have increased this week, with some whispering prayers at the edge of the compound.

The closure of border crossings with the Gaza Strip, following the arrest of a senior Palestinian activist this week, has further raised the temperature.

Clashes in Al-Aqsa, most recently during the Muslim holy month of Ramadan, have upended the Islamic world and raised concerns among foreign powers about the religion fanning the flames of a national conflict they wish to settle through a territorial compromise.

There is an unwritten ‘status quo’ agreement on Al-Aqsa that aims to stave off any ‘holy war’.

Increasingly contested by Jewish nationalists, the pact preserves a rule effectively in place since the defeat of the Crusaders by Saladin in 1187: non-Muslims can visit the enclosure but only Muslims can worship there.

But while administration of the complex is in Muslim hands, Israel oversees security.

Prime Minister Yair Lapid said Israel is fully committed to the deal, labeling those who challenge it as fringe extremists who “fall through the cracks”.

But clashes between Jewish visitors, who defy the ban sometimes carrying flags and openly praying, and Palestinians trying to drive them away with verbal and sometimes physical attacks have raised criticism that the status quo is not properly applied.

While Israeli police say they must intervene in case of violence, Palestinians say police are tacitly allowing Jewish prayers to continue, using excessive force against Muslims and disrupting their worship inside the mosque.

Palestinian fears of Israeli encroachment are reflected in the language of regular calls to defend against the “storming” of the site, which they say is exclusively Muslim.

Muslims believe the Prophet Muhammad prayed in the compound that houses the over 1,000-year-old Al-Aqsa Mosque and the Dome of the Rock shrine – before ascending to heaven, and they call it the Noble Shrine .

To Jews, who know it as the Temple Mount, it is their holiest site as it housed the two ancient Jewish temples. According to Jewish tradition, this is also where Abraham built the altar of Isaac.

But after Israel’s victory in the 1967 Middle East war, when the walled Old City of Jerusalem was taken from Jordan, the state’s secular socialist rulers opted to maintain the status quo ensuring Muslim rule. of the site.

Traditional Orthodox Judaism also forbade the place to Jews for religious reasons, lest they tread the hallowed grounds of the Holy of Holies of the temples. Instead, Jews pray en masse at the Western Wall, just below the compound, where worship is permitted.

But in recent decades some nationalist rabbis have gradually relaxed the ban, and Waqf officials say more than 100 Jews now pass through the compound almost every day. Although these are often the same people, they represent far more than the handful of daily visits of 20 years ago.

While Jordan, which has retained responsibility for the Waqf, says Israel has undermined the status quo, nationalist Jews demanding the right to pray there want it abandoned altogether.

“The state is violating freedom of worship at the holiest place for Jews,” said Arnon Segal, a prayer advocate at the site who is running for a seat in Israel’s parliament in November’s election.

Police sometimes allow some to get away with a whispered verse, that’s just not good enough, Segal said.

Tomer Persico, an expert on contemporary Judaism at the Shalom Hartman Institute, said while some Jewish visitors are simply looking for a spiritual experience, many “want to demonstrate Israel’s ownership and sovereignty over the Temple Mount.”

Although this view is held by a small group that is widely seen by the Israeli establishment as troublemakers, it is echoed by far-right Israeli lawmakers and heard by Palestinians far beyond Jerusalem.

For many Palestinians, who seek East Jerusalem – captured by Israel in the 1967 war – as the capital of a future state, these visits constitute an attack on one of the central elements of their own identity.

Young Palestinians who wave flags and throw stones in clashes with police ‘are driven by enthusiasm and a sense of responsibility towards Al-Aqsa when they see Israelis entering,’ the Palestinian political analyst said. Talal Okal.

Honoring plurality will only support our democracy: NV Ramana

What is a mandala? History, symbolism and uses of this spiritual symbol