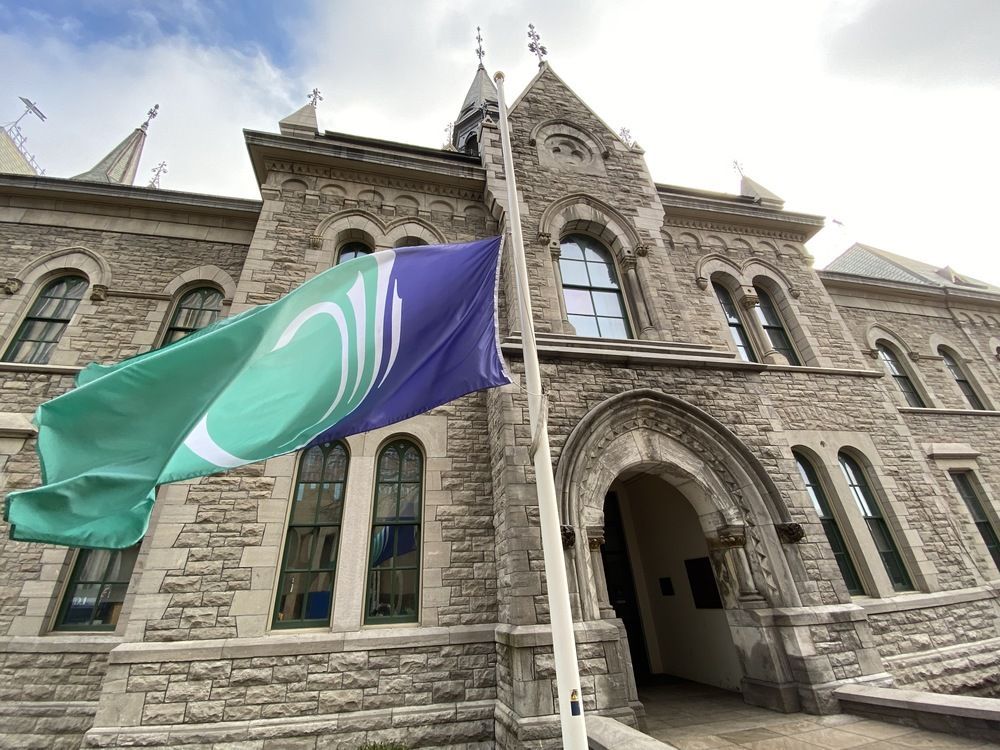 A busy schedule awaits an Ottawa City Council eager to govern in person.

Wednesday’s meeting will be the first to allow members to choose to participate either in rooms at Ottawa City Hall or via Zoom.

It is also the first time in two years that members of council, other than Mayor Jim Watson and occasionally other councilors chairing committees, have been invited back to the chambers for a regular meeting. COVID-19 has forced almost all municipal politics to be done through video conferences.

Here is what will be served.

Councilors Diane Deans and Rawlson King will seek support to use $100,000 in property taxes to help fund a legal challenge to Quebec’s Bill 21.

The law, which was passed in June 2019, prohibits Quebec officials in positions of authority from wearing visible religious symbols, such as the cross, hijab, turban or yarmulke.

Other Canadian municipalities, including several in Ontario, have provided funding to an ongoing legal challenge by the National Council of Canadian Muslims, the World Sikh Organization of Canada and the Canadian Civil Liberties Association.

Mayor Jim Watson said he opposed the motion because he did not support the use of City of Ottawa taxpayers’ money to fight another level of government.

The motion was originally scheduled to be debated on February 9, but the occupation of the “Freedom Convoy” dominated the city’s attention and the debate was postponed to the first council meeting after the state of emergency was lifted.

It is recommended to continue the electric scooter program in 2022

A third season electric scooter might be easy to ride by the board.

Earlier this month, an overwhelming majority of the transport committee approved another year of e-scooter rentals under an ongoing pilot scheme despite concerns from accessibility advocates.

If the council decides to continue the program in 2022, the city will select only two companies to collectively offer up to 900 electric scooters for rent in the central area. That would be a decrease from 2021, when three companies rolled out 1,200 e-scooters.

The Transport Committee has recommended that e-scooter geofencing – operating limits based on GPS coordinates – ensure e-scooters do not operate on pavements, in addition to the usual areas, such as Commission-owned land of the national capital.

The council meeting could end with a new municipal tax.

The proposed Vacant Residential Unit Tax is intended to maintain the availability of units in Ottawa’s rental market and raise revenue to fund housing programs.

From 2023, owners with up to six units on a lot will have to declare if a unit was vacant for more than 184 days in the previous year. An additional property tax of 1% would apply in these cases.

The city estimates that about 330,000 homeowners should file returns.

The annual net revenue from the new tax would be $5 million, according to city estimates.

The city would also allow exemptions related to real estate sales and owners receiving care in health care facilities. The tax would also not apply to principal residences.

The truck occupation is over, but the political fallout continues.

Com. Mathieu Fleury wants the council to ask the federal government to create a working group made up of politicians from the three levels of government and other organizations. He wants to “modernize the needs and responsibilities of Ottawa’s jurisdiction as a capital”.

Fleury aims to reduce the financial burden of the town hall for the management of events of national scope while determining the responsibilities and the authority of the municipal government.

The occupation exposed a jurisdictional quagmire, with the city and municipal police department responsible for managing a disturbance largely aimed at higher levels of government.

A hodgepodge of other reports and anticipated motions could spark debate.

An audit report recommends the city scale back the planned purchase of 74 battery-electric buses so staff can await the full results of an ongoing pilot project.

The City offers a response to the 55 recommendations of the provincial housing task force to build 1.5 million more homes in 10 years in Ontario. The city fears losing the local planning authority.

The transportation committee recommended that the city ask the National Capital Commission to begin a 100-day negotiation on the city’s preferred route to extend Brian Coburn Boulevard east.

And, council has yet to appoint another member to serve on the Ottawa Police Services Board, which is one member short of doing business legally. The next police board meeting is Monday. The province has not announced its own appointees to the revamped board.

Sign up to receive daily news from Ottawa Citizen, a division of Postmedia Network Inc.

Thank you for your registration!

A welcome email is on the way. If you don’t see it, please check your spam folder.

The next issue of Ottawa Citizen Headline News will soon be in your inbox.

We encountered a problem during your registration. Try Again