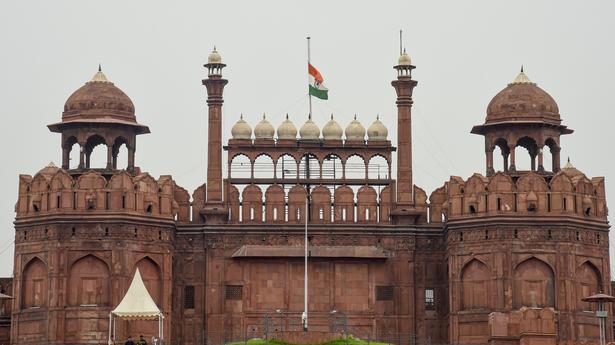 Bastion of Freedom – The Hindu

Every year on August 15, the Prime Minister delivers his address to the nation from the ramparts of historic Fort Rouge. Why?

Every year on August 15, the Prime Minister delivers his address to the nation from the ramparts of historic Fort Rouge. Why?

Today, the Red Fort is a symbol of freedom. It was a silent witness to many invasions and sieges and was the seat of power for a long time until it finally belonged to the British. In 1857, during the First War of Independence, the last Mughal Emperor Bahadur Shah II was captured and tried here by the British.

After the Second World War, the Red Fort is again in the spotlight. In 1945, Indian army officers were tried at the Fort and detained in rooms that had been transformed into prisons.

Around midnight on August 14, 1947, Jawaharlal Nehru delivered his now famous “Tryst with Destiny” speech at the most important session of the Constituent Assembly. The national flag was presented, Vande Mataram sang and the members of the Assembly took the pledge at the stroke of midnight. Chaudhary Khaliquzaman, a leader of the All India Muslim League and Dr. Sarvepalli Radhakrishnan also delivered speeches.

Rajendra Prasad’s speech is as memorable as Jawaharlal Nehru’s. He said, “Let us resolve to create conditions in this country where every individual will be free and provided with the means to develop and reach their full stature…”

Red, the color of life and courage


The Red Fort, also known as Lal Qal’ah (Lal Kila) is a Mughal fort in Old Delhi. It was designated a UNESCO World Heritage Site in 2007.

The Red Fort complex was built as the fortified palace of Shahjahanabad, the capital of the fifth Mughal Emperor of India, Shah Jahan, in the middle of the 17th century. The massive walls of the fort were built with red sandstone and hence its name.

Next to this fort is an older fort, the Salimgarh, built by Islam Shah Suri in 1546. Together they form the Red Fort complex.

The Red Fort is considered one of the finest examples of Mughal architecture, a fusion of Persian, Timurid and Hindu traditions.

Instead of fighting for national emblems, focus on nation building