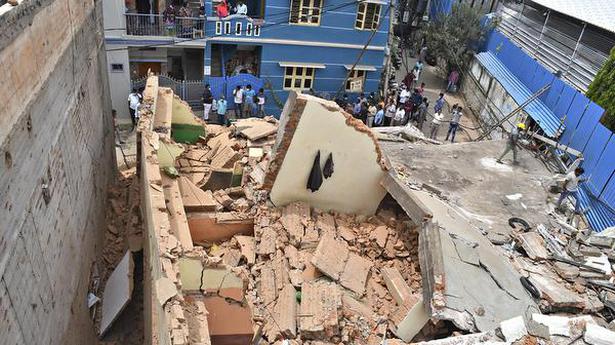 The collapse of two buildings in the city on two consecutive days prompted the Bruhat Bengaluru Mahanagara Palike (BBMP) to act.

Following a meeting with senior officials, BBMP chief commissioner Gaurav Gupta asked them to conduct a new investigation to identify structurally weak and dilapidated structures across the city.

Incidentally, in a similar exercise conducted two years ago in 2019, neither the Lakkasandra building which collapsed on September 27 nor the KMF neighborhoods near Dairy Circle which collapsed on September 28 were listed on the list. â€œThis in itself underscores the need for a new investigation. City officials have been ordered to complete it in 15 days, â€Gupta said on Wednesday.

In the 2019 survey, the BBMP identified 185 weak and dilapidated structures. While 10 identified buildings were demolished, notices were issued to owners of the remaining 175. “However, no further action has been taken,” he admitted.

A new survey is essential as there may be many more buildings which may be structurally weak. â€œSince the two buildings that collapsed were not identified in the old survey, it appears it was not as complete. Many buildings may have weakened further and become unsafe for habitation, endangering public life, â€Gupta said, adding that government buildings and quarters may not have been included in the list. previous survey. “This time around, officials were asked to include all structures, including government buildings and quarters,” he said.

The Joint Zone Commissioners were also tasked with ensuring that contractors demolish not only weak and dilapidated structures, but also encroachments and other illegal structures.

Mr. Gupta said the contractors have been finalized for two areas. The tendering process to finalize contractors in other areas is not yet complete. City officials had 15 days to complete the process, he added.