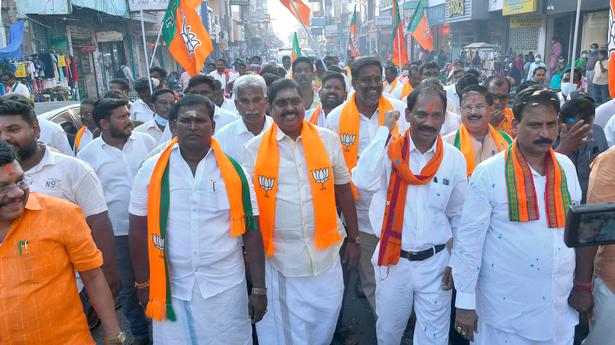 BJP workers led by Home Minister A. Namassivayam and chairman of the party’s Pondicherry Unit V. Saminathan celebrated the party’s victory in Assembly elections in Uttar Pradesh, l ‘Uttarakhand, Manipur and Goa by distributing sweets and organizing a procession through the city.

The Home Secretary said the results also remind everyone of the strength of good governance. “The people elected the NDA government in the Union Territory. We ensure to keep all the promises made to voters during the elections to the Assembly. Workers will also strive to strengthen the party in the union territory,” he said.