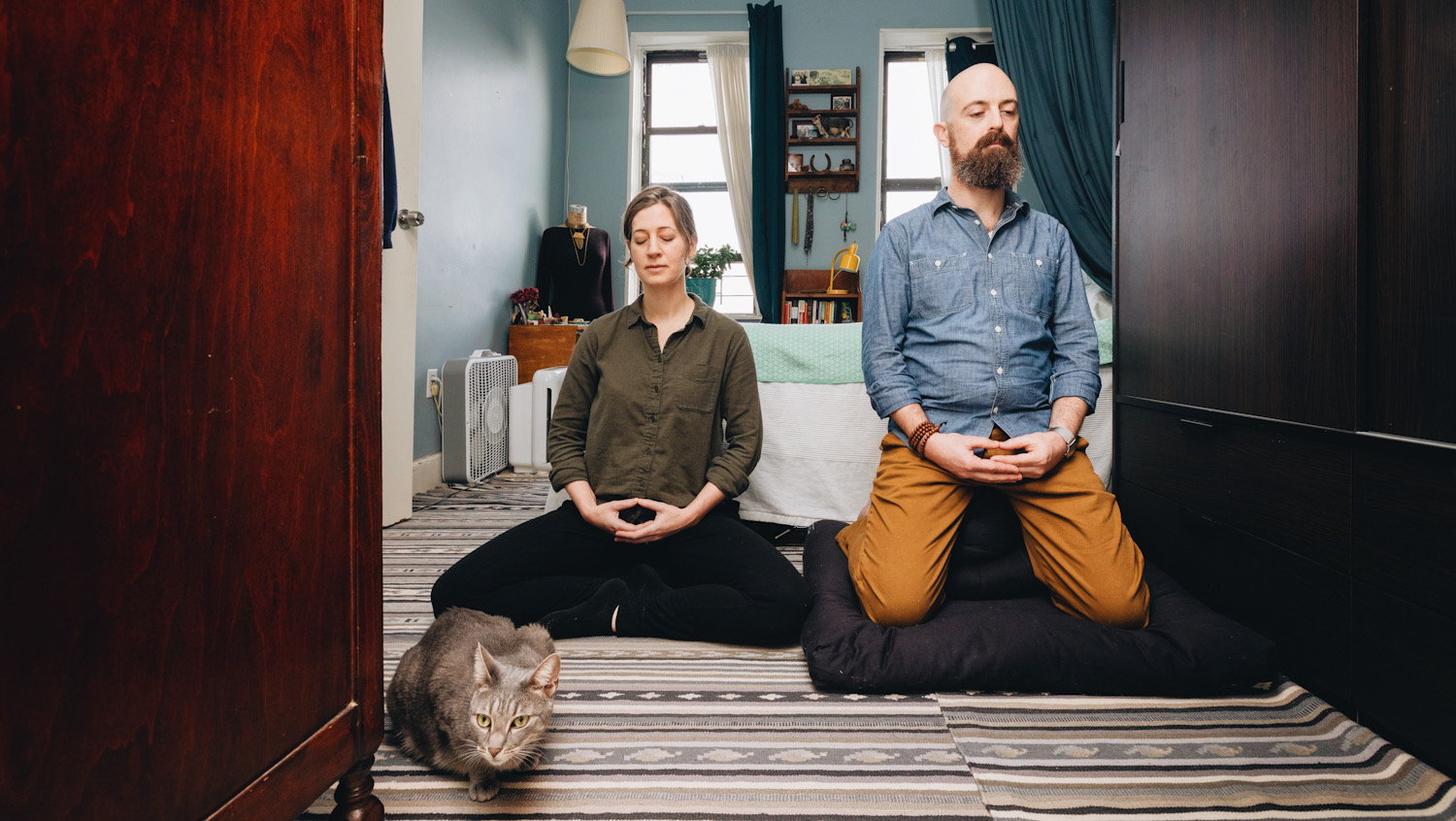 Buddhism is not about being vegan

Ask people what they know about Buddhists, especially people who have never met Buddhists, and you’ll probably get a few simple answers: They’re peaceful. They are nice. They are super cool. They don’t drink. And they don’t eat meat.

Alas, there is no practice, religious or otherwise, guaranteed to make you any of these things. Meditation is good, but it’s not magic. As someone who has practiced Zen Buddhism for 12 years, I know this all too well.

That said, while many Buddhist practitioners around the world practice at least in the hope of becoming more peaceful, kinder, and more centered, this last, more concrete rule – not to eat meat – is far from being universally observed. , even by students and serious students. teachers. (The same goes for drinking, but that’s for another time.)

Siddhartha Gautama (aka the Buddha), founded Buddhism over 2,500 years ago in India. About 535 million people identify themselves as practitioners in the world today. Attitudes towards vegetarianism vary greatly among them, although one of the main tenets of Buddhism is not to harm sentient beings – in fact, Buddhists swear to to save sentient beings. So why aren’t all Buddhists, including me, vegetarians?

The answer, if you like answers, is murky. Some teachers and scholars say that the Buddha himself adopted a vegetarian diet. Others say that practitioners should avoid meat only when it is killed expressly for them. In short, there are many ways to interpret the first precept of Buddhism to “abstain from taking life”, if you are into strict interpretations.

But Buddhism is notoriously indifferent to simple answers or strict interpretations. So the question of why not all Buddhists are vegetarians goes to the very heart of what it means to be a Buddhist. It introduces a clear rule with a binary value – vegetarian or not – in a practice that avoids unquestioned adherence to commandments and teaches followers to go beyond absolutes. While nonkilling is a key tenet of the practice, so is the middle way – avoiding extremes. Buddhism tends to teach modern practitioners to consider the complications of modern life, the interconnectedness of beings, and the intricacies of individual situations when making moral choices, rather than mindlessly applying maxims. This is what many mainstream religions do, and why they so often lead to conflict and division. This is the kind of thinking that has led to religious extremism – people who identify as Christians murdering abortion providers or suicide bombers acting in the name of Islam.

This does not mean that Buddhism is free for everyone. “Ethical principles are contemplations, they are meant to be daily challenges,” says Ethan Nichtern, a Buddhist teacher and author of several books, including The Way Back: A Contemporary Exploration of the Buddhist Path. “The world is complex, and as soon as you introduce complexity, the choices we make are not black or white. At the same time, it is about living this challenge. It’s not like these teachings mean nothing.

Indeed, the Buddhist teachings contain some of the clearest language, of any major religion in the world, on the subject of animal life. This first precept, also often translated as “do not kill” or “do no harm”, applies to “all sentient beings” – not just humans, but any form of life that can feel pain. The Lankavatara Sutra categorically condemns the consumption of meat, saying that “if we slaughter [sentient beings] and eating them is the same [as] slaughter and eat our own parents” because “all males are our fathers and all females are our mothers”.

Bob Isaacson, a San Diego-based Buddhist practitioner and lifelong vegan, former human rights attorney, started the advocacy group Dharma Voices for Animals a decade ago when he noticed that many Buddhist centers where he attended events or retreats did not serve vegetarian meals, much less vegan ones. He has heard all of the Buddhist justifications for eating meat and has written extensively about Buddhist doctrine that addresses the subject. “Slaughterhouses are out of sight, out of mind,” he says. “So what you hear from people is, ‘I’m not killing the animal. But you bite into its flesh and chew it and swallow it. You are intimately involved in the death and suffering of the animal. He also emphasizes the Buddhist concept of “just livelihood”, which advises Buddhists to earn their living in a way that does the most good and the least harm. Slaughtering animals is one of the few livelihoods that the Buddha specifically called unjust. “If you eat an animal, someone has to kill it,” says Isaacson. “Why force someone to kill an animal for you?”

Not all vegetarian Buddhists are vegan, although some argue that if you’re cutting out meat to save sentient beings, it makes sense to also cut out milk and eggs. Alan Dale, founder of the online community Vegan Buddhism, likens dairy consumption to stealing – another act that Buddhist precepts specifically warn against. “Are we stealing the lives of these animals? he says. “We steal their eggs. We steal their milk, which should go to the calves.

Although it is difficult for a Buddhist to discuss vs vegetarianism, the consumption of meat remains widespread among practitioners for several reasons. In Tibet, where a major stream of Buddhism originated in the 7th century, meat eating is so intrinsic to the culture that even most lamas, or rulers, are carnivores and do not teach vegetarianism as a requirement. Another reason why Buddhist teachers might not emphasize vegetarianism is that, while nonkilling and care of sentient beings are core beliefs of the religion, the Buddha’s rejection of asceticism l ‘is also. He designed his way as a moderate alternative to other spiritual practices of his time which required great physical extremes from their followers. The Jains, for example, are vegetarians and do not even eat root vegetables because they believe that removing them from the soil harms the plant and surrounding microorganisms. The Dalai Lama himself started eating meat on the advice of his doctors after a hepatitis B infection, but he still encourages Buddhists around the world to eat vegetarian if possible: “We must respect all forms of life.

Many meat-eating Buddhists invoke an edict from the Theravadan school of Buddhism which states that practitioners may eat animals that have not been killed expressly for them. But this rule, Isaacson points out, was established for a time and place when monks went door-to-door begging for sustenance. “If a family was eating,” he explains, “you might take a few pieces off the plate.” In other words, if you were a monk.

The thing is, most of this is just quibbling, like we’re all lawyers in karma court. Sometimes it’s as simple as this: Buddhists break the precepts – taking what isn’t theirs, imbibing intoxicants, indulging in bad words – but keep trying to be better. The same goes for choosing to eat meat. I have been vegetarian, pescatarian, and non-eater of red meat many times throughout my Buddhist practice. I could offer rationalizations for all, tell you about doctors, health reasons and gaps in Buddhist doctrine. But it is clear that eating fewer animals and animal products means less suffering.
We make different choices, have different priorities throughout our lives, and try to stay aware of interconnectedness throughout life – how our choices affect our own bodies and our own families as well as the world around us. . Even semi-vegetarianism — from meatless Mondays to simply choosing the Impossible Burger more frequently — reduces suffering. You don’t have to pick sides to do a little better, and conscience tends to nudge us towards the better.
I’m not vegan, and I’m not 100% vegetarian at the moment, but when I reach for Impossible Burgers, it’s at least partly because of my practice. Introducing a binary – vegetarian or not – might even discourage those who do not identify as purely vegetarian from considering plant-based options in their daily diet.

I also sometimes drink wine, I talk canards and I am less nice than I should be. I cannot defend these choices from a Buddhist or human point of view, but my practice encourages me to continue to seek the best, the balance.

Anne Carolyn Klein, professor of religious studies at Rice University and founding director and resident lama of the Dawn Mountain Tibetan Temple in Houston, once told me about a retreat in India. She and the other people present took care to walk in single file outside in order to kill as few insects as possible. “We didn’t call off the retreat because the insects would be killed,” she said of the trade-offs inherent in nearly every act on Earth. “We’re doing the best we can, and it’s really important to do our best and not say, ‘Oh, well, you had to kill some bugs, so it’s gotta be fine’. That’s not right. We do things that are wrong, and we recognize that they are wrong.

From a Buddhist point of view, there is no great argument in favor of eating meat. Why aren’t all Buddhists vegetarians or vegans? Because Buddhists are not perfect. Practice just encourages us to keep trying to do better.

Opinions expressed in opinion pieces are those of the authors and do not represent the policy or position of LIVEKINDLY.

Reasons to Use Payday Loans