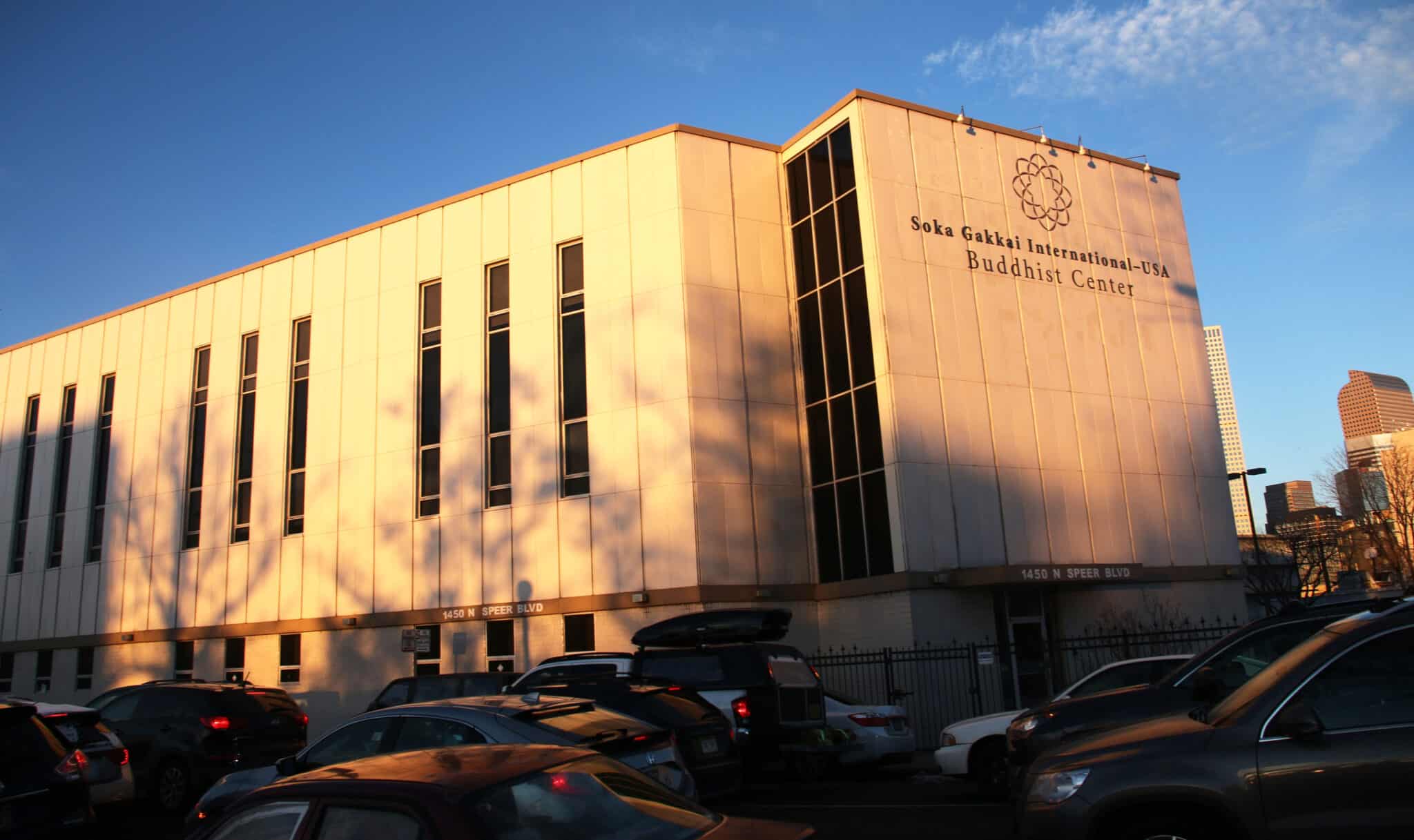 Buddhists plan to demolish the center of Speer, Colfax and build a new one

The building at 1450 Speer Blvd. is home to the Soka Gakkai International-USA Denver Cultural and Worship Center. (Photo by Eric Heinz)

Leaders of a center of Buddhist culture and worship in the Golden Triangle seek to do more with less.

Soka Gakkai International-USA Denver has submitted plans to the city to tear down its three-story building at 1450 Speer Blvd., near the Colfax intersection, and replace it with a two-story facility that would be about half the size of its current structure.

The new building is expected to be 40 feet tall and about 16,000 square feet — the current facility has nearly 31,000 — and sit about 10 feet or so from the sidewalk along Speer. The building that is there now is right against the catwalk. 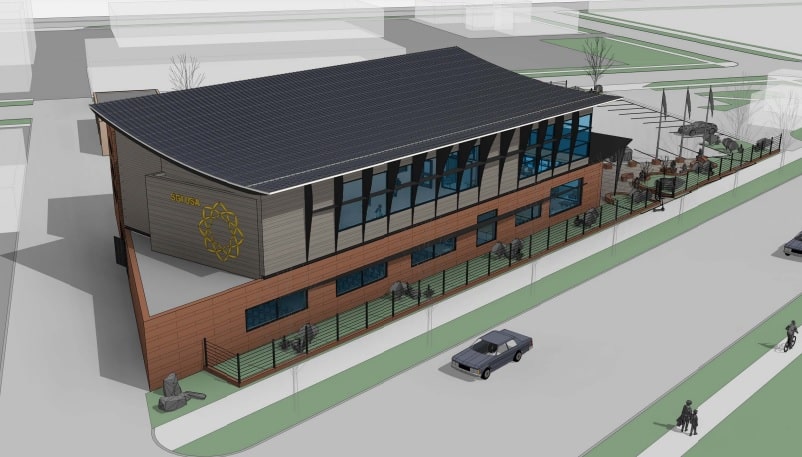 A rendering of the new Soka Gakkai International-USA Denver Cultural Center, which will be smaller than the existing building. (Courtesy of the City of Denver)

Peter Ewers, president of Golden-based Ewers Architecture, which worked with SGI on the building plans, said if all goes as planned in the city’s review process, they should be able to start before the end. of this year.

SGI did not disclose the cost of the project. No general contractor was selected.

The building once housed loggers from the World Life Insurance Co.

“(SGI) bought the building in the 1980s and got a good deal,” Ewers said. “They’ve been running it for 30 years. They used what they had, and now they’re in a position where they can say, “Let’s do something and make our Denver facility a top-notch facility. 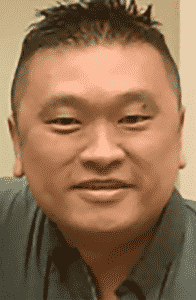 The current building was constructed in 1962 on nearly an acre of land. Director of the SGI-USA Cultural Center in Denver, Paul Niihara, said the temple barely used the third floor.

“It was already too big for us to start,” Niihara said. “We’ve renovated a few things, but there are a lot of smaller conference rooms.”

Plans for the building’s first floor show four nearly 500-square-foot “Gohonzon” halls, which contain artifacts of Buddhist teachings and help people “bring out our limitless potential”, Niihara said. The halls would be used for education, prayer and other activities. The ground floor would also have a bookstore.

The main 2,660-square-foot Gohonzon would be a 300-person worship hall on the second floor.

Niihara said the design of the building is what excites her the most.

“It will beautify Speer Boulevard,” Niihara said. “We are also doing community outreach to get people to learn more about Buddhism, and the new building will attract people to see what it can offer them and help them in any way.”

There is no landscaping on the site at this time, but part of the plan is to separate the parking lot and other open spaces with grass and planters. The renderings also show plans to extend the walkways. 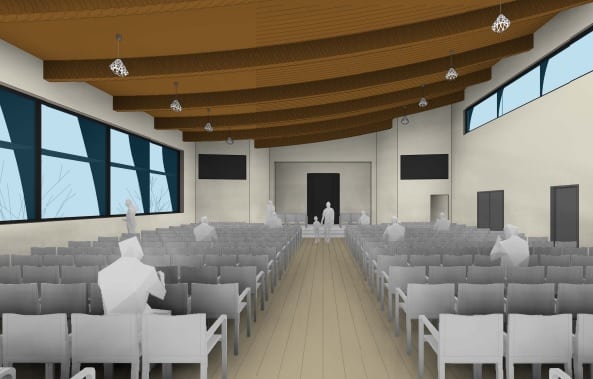 This rendering shows the main Gohonzon, which is said to have a capacity of 300 people.

A Denver design review board on Tuesday advanced the project for further review by the city’s zoning administrator and other city councils, with recommendations to add more landscaping. and other improvements.

The facility at 1450 Speer Blvd. isn’t Denver’s only Buddhist temple slated for redevelopment. The owners of LoDo’s Sakura Square, which includes a temple as well as other buildings, want to demolish all the structures on the block and build new ones.

Just north of the SGI building is the old Denver Diner, which Chase bought to convert into a bank branch.

We were regularly threatened, beaten, says the family of the victim