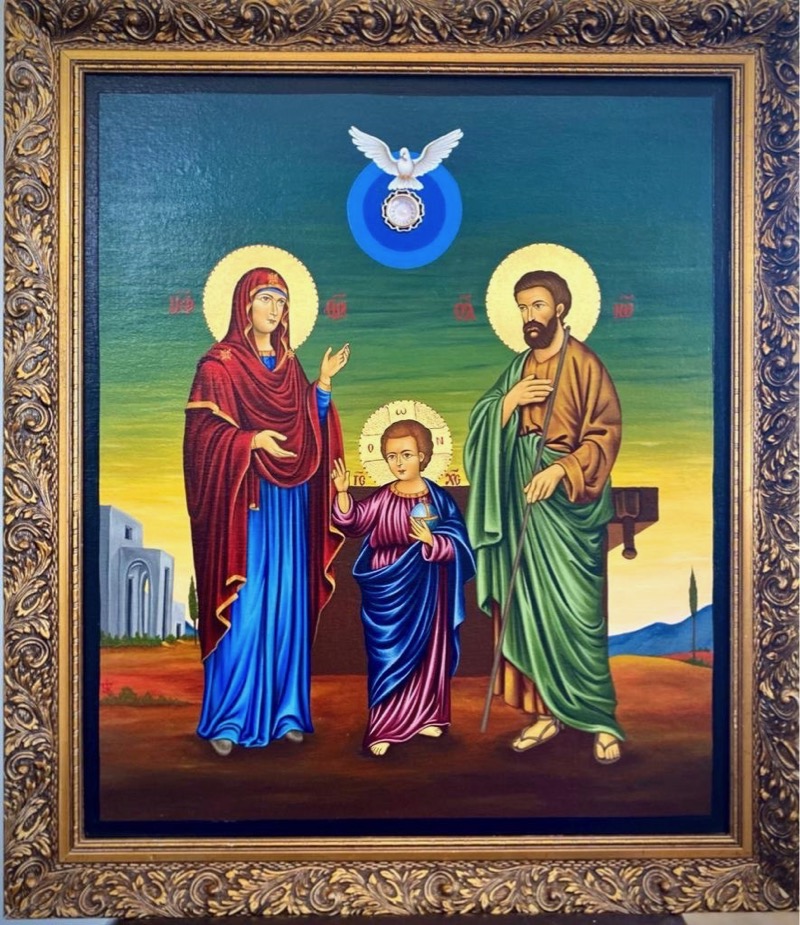 Calls to religions to be peacemakers

The icon of the Holy Family of the Divine Will for Unity and Peace is transported around Lebanon and will be taken to Syria, Iraq, Egypt and Jordan.

Calls for peace education programs, divestment from companies producing weapons of war, and support for the War Abolition Movement were among the campaigns suggested at the end of a Christian campaign for nuclear disarmament. in Oxford last Saturday.

Held at Quaker House in Oxford, â€œBuilding Bridges for Peaceâ€ is an annual event to remember Barbara Eggleston, the campaign’s first coordinator who died 17 years ago. Steve Hucklesby, Joint Public Affairs Team, chaired the Campaign for Peace portion of the day. The interfaith event explored ways in which the teachings of peace and non-violence in the sacred writings can build bridges between different faiths and cultures.

Dr Maria Power, Fellow of Blackfriars Hall where she is Senior Human Dignity Fellow at the Las Casas Institute for Social Justice, examined the causes of structural violence from a Christian perspective. She highlighted poverty, injustice and racism among the underlying causes of conflict and how Catholic social teaching suggests ways to build bridges for peace and read the â€œsigns of the timesâ€.

Muslim scholar Dr Kamel Ait Tahar, who memorized the Quran at the age of 17 and is the Muslim chaplain to the High Sheriff of Oxford, told the assembly that the word “Islam” means “peace.”

He said: â€œThe Quran recognizes the vital need for society to live in peace and security. More than 250 verses refer to peace. â€œPeace must be aligned with justice,â€ he added.

Vijay Mehta, a Hindu peace activist and president of Uniting for Peace, whose books include The economics of murder, Peace beyond borders and How not to go to war, expressed his conviction that faiths must work together for peace. He said religions “should be the first to speak out against nuclear weapons and deterrent propaganda.” He said: â€œThe peace departments and peace centers around the world are steps in the right direction, which will spread non-violence and a culture of peace and this will ultimately put an end to a culture of militarism, of violence and war.

Buddhist speaker Roslyn Cook spoke about her membership of Soka Gakkai International, a global anti-nuclear Buddhist community organization accredited to the United Nations. A member of the CND Council, she campaigned for the abolition of nuclear weapons and for climate justice. She called for ecocide to be recognized as a crime under international law and advocated the need for inner transformation to bring enlightenment.

About 25 people attended the day in person and a similar number online. The international prayer for peace closed the day.

Meanwhile, CNS reported that the icon of the Holy Family of the Divine Will for Unity and Peace is being taken around Lebanon and will be taken to Syria, Iraq, Egypt and Jordan. â€œMary, Joseph and Jesus were a family and they were saints. But they were not one to the exclusion of the other, â€said the Episcopal Committee for Justice and Peace of the Council of Catholic Patriarchs of the Middle East.