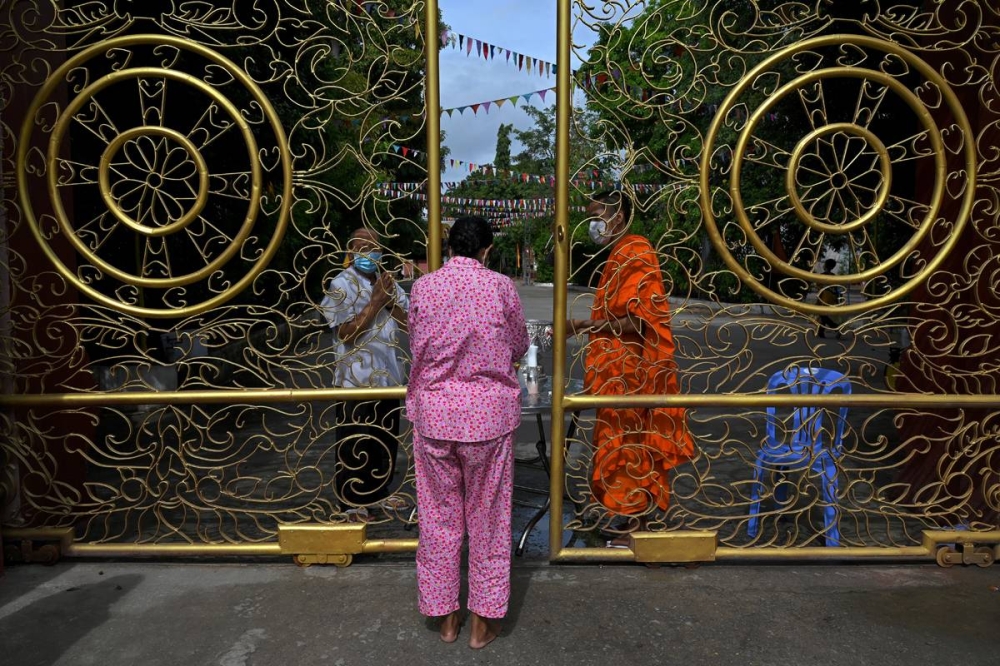 SCRAP FESTIVAL A woman offers food and alms to a Buddhist monk as she prays during the Pchum Ben (Festival of Death) festival in front of a pagoda in Phnom Penh on September 24, 2021 as authorities have interrupted festival celebrations after a Covid-19 outbreak among monks in the capital. AFP PHOTO

PHNOM PENH: Cambodia has canceled its “Festival of the Dead” – an annual celebration where Buddhist worshipers pay homage to deceased loved ones – after a coronavirus outbreak among monks in the capital.

Devotees from all over the country visit the pagodas during the two-week Pchum Ben festival to offer prayers and food to the spirits of their ancestors.

This year’s celebration began on Tuesday but will end early this weekend after nearly 50 Buddhist monks tested positive for the coronavirus and authorities locked their temple in Phnom Penh.

The cancellation of the festival was “necessary to control the spread of Covid-19 (…) as Cambodia reopens schools and plans to reopen the country,” Prime Minister Hun Sen said in a statement Thursday evening.

Cambodia largely avoided the spread of the pandemic last year, but the surge in infections since has recorded more than 105,000 cases and nearly 2,200 deaths.

He nevertheless received praise for a rapid vaccination campaign, with Cambodia’s health ministry saying more than 98% of the country’s adult population has received at least one dose.

Schools in some low-risk areas of the country reopened last week and Hun Sen said a pilot program allowing fully vaccinated international travelers to travel was under consideration.