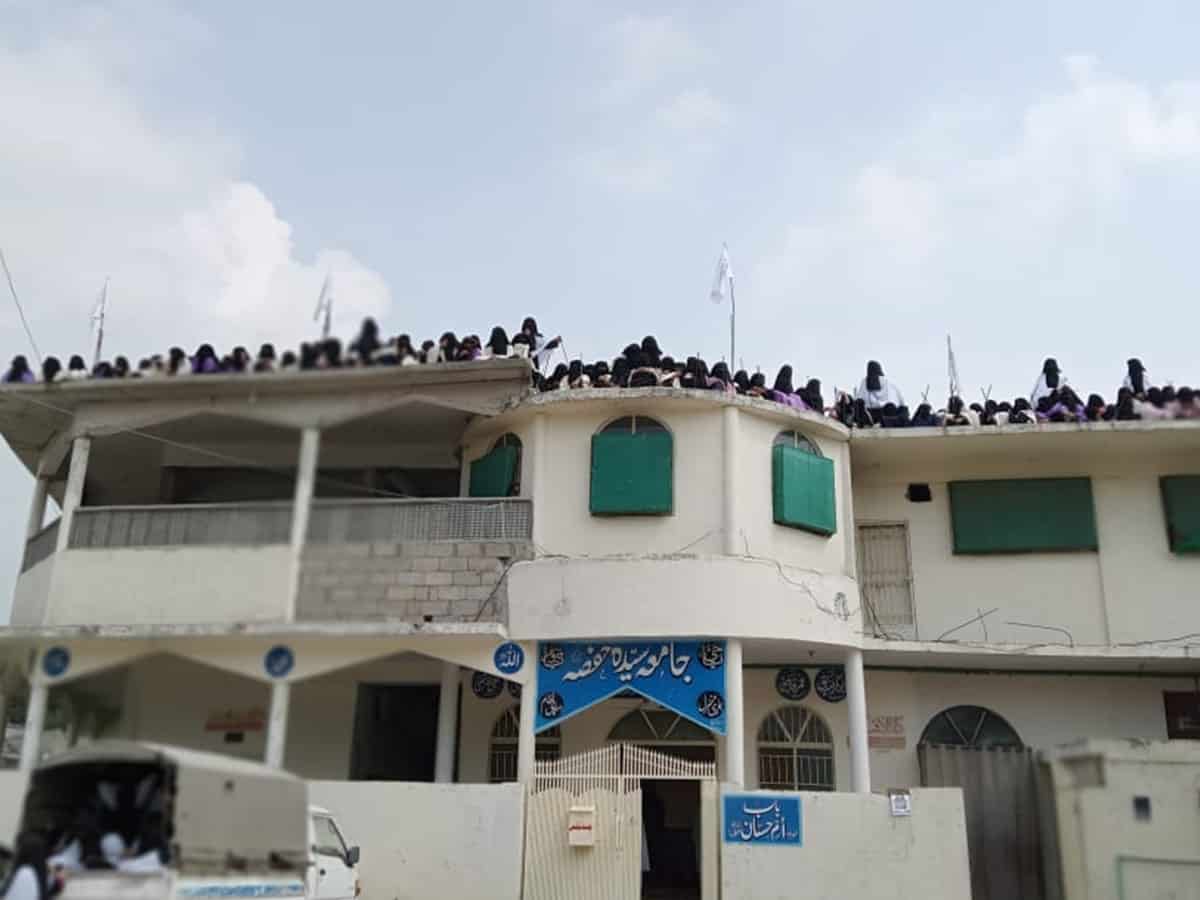 Case filed against a cleric for hoisting the Taliban flag

Islamabad: Pakistani police have filed a complaint against the influential intransigent cleric of a highly sensitive seminary for hoisting the flag of the Islamic Emirates of Afghanistan (IEA) in Islamabad.

Maulana Abdul Aziz, a well-known hardline cleric and staunch supporter of the Taliban, hoisted the Taliban flag over Jamia Hafsa Seminary, a religious school for women in Islamabad.

According to the details, the police have registered a complaint against Aziz, accusing him of sedition and terrorism after refusing to remove the flag from the seminary. More details revealed that Aziz and his supporters had prevented police from entering the building. However, the capital’s deputy commissioner then tweeted and confirmed that the flag had been removed, the area had been cleaned up and a case had been filed against the cleric.

Aziz’s open support for the Taliban is an open secret since in 2007 he was sentenced to two years in prison for maintaining close ties to al-Qaeda and leading a rebellion group in Jamia Hafsa and at the Red Mosque.

In 2007, a major operation was carried out in which dozens of people, including Aziz’s younger brother, were killed.

Aziz remains an open supporter of the Taliban and demands the imposition of the Islamic Shriah system in the country. His affiliation and affinity with the Taliban may be well established by the fact that a library in the Red Mosque bears the name of Osama Bin Laden, who honors him as a martyr.

The Red Mosque has remained closed since the 2007 offensive. However, Aziz remains loud and clear about his demands and his support for the Taliban.

Aziz still enjoys broad support from the population. However, since 2007, he has not been allowed to give sermons at the Red Mosque.

“We have already worked for the establishment of an Islamic governance system in Pakistan and we will continue our efforts,” Aziz said in a statement.

The latest incident has raised serious concerns about the support that clerics like Aziz are giving the Taliban, as they have a huge following and most of them run huge seminars with thousands of students.

The Taliban takeover of Afghanistan in August this year saw a festive response from many in Pakistan, with locals, clerics and even politicians expressing their joy at the developments in the neighboring country, which they call a major loss for NATO and the United States. .

This sentiment and unbridled support for the Taliban make the challenge of countering the likelihood of threats of a pro-Taliban uproar or assault or offensive even more difficult for Pakistani security forces.