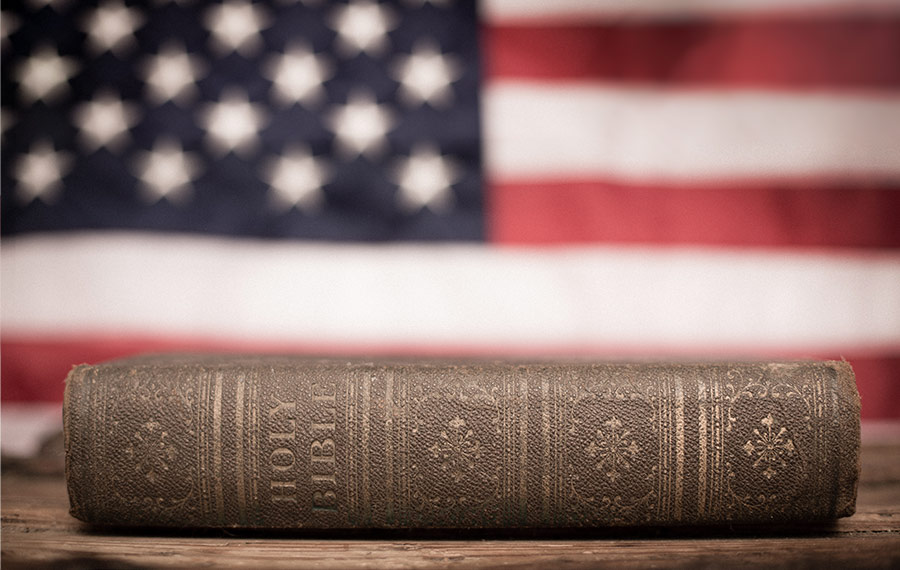 I’m nearing the end of my series on the roots of religious freedom and gun rights in Anglo-American history and Christian anthropology. Soon I will collect this series into a book, which will be released this fall in time for the midterm elections.

If you have followed my argument, you will see that now almost all the pieces are in place, for the foundation of a political order based on ordered freedom, here on our shores. Over the centuries, through many disputes and crises, Christians have explored all the implications of the biblical view of the person in politics.

From catacombs to cathedrals

From terrified and persecuted subjects of the Romans, Christians had become dissenters, refusing at the cost of their blood to worship a pagan emperor. Then, through the providential conversion of Constantine, the Christians had become advisers to the throne. They would alleviate such evils as slavery, prevent the exposure of unwanted children, and end murderous gladiatorial games.

Our bishops helped restore law and order in the West when Rome collapsed and evangelized the barbarians. They and the monks they led had copied the ancient works of Greece and Rome, which otherwise would have disappeared. They established hospitals to care for the sick, schools to educate the poor, and innovated in agriculture, windmills, timekeeping, and other technologies. The Church then founded all the universities created in Europe for hundreds of years.

In the course of all this work, Christians have had to disentangle — through the clash of men and institutions — the proper relations between Church and State. Popes had to fight kings and emperors who wanted to reduce the Church to a mere department of the state. Monarchs had to fend off popes who mistakenly considered themselves worldly lords, ruling kings.

The revenge of the secular state

When growing church abuses prompted the Protestant Reformation, supporters on both sides of the Tiber looked to secular leaders to silence their enemies. In return, the secular kings gained unprecedented power over the (now plural) churches, demanded as a price for their support, and for not switching sides. The kings of France and Spain, though technically Catholic, wielded an influence over Christians almost identical to that which Henry VIII had wielded in England.

Individual Christians who disagreed with the religious decisions made by their kings helped revive the early Christian idea that all the church should ask of the state is freedom to pursue its mission and the enforcement of just positive laws based on natural law. It was a mistake, said these English Catholics and these French Calvinists, that the State persecuted believers. It forced people to falsify their conscience, and encouraged even within the mainstream churches themselves corruption and cruelty.

The return of religious freedom

As we have seen, the resolution of the English Civil War in 1688 created a pattern that was to dominate in the English-speaking world: broad tolerance of Protestant (and later Catholic) believers and a new tolerant attitude towards Jews and other non-Christians. This new “liberal” attitude would unfold its implications gradually, as the restrictions imposed on various churches fell in some places more slowly than in others. Catholic services would remain illegal in Boston until after the American Revolution, and Catholics in Ireland would remain disenfranchised until the mid-19th century.

The theoretical basis for this libertarian compromise was laid by the English political philosopher John Locke. He did not base it on mere practice, the exhaustion of persecution followed by counter-persecution over the centuries, but on philosophy. He argued that the true nature of the Christian faith demanded freedom, and that state interference in religious belief and preaching threatened the integrity of Christianity itself. He also violated God-given human rights.

A comparable process of argumentation, armed conflict, and regime change had helped to develop a new political theory of governmental authority in Locke’s time. From a static conception that God granted authority to monarchs, whom we must obey, a much more complex theory had developed in the West. Christians were not like the ancient pagans, subject to any ruler who claimed the mantle of heaven. Instead, as citizens, we entered into an alliance with our leaders. They were bound by the same God who obliges us to respect our rights and to govern justly. If they didn’t, we were allowed to replace them.

In the context of colonial America, these different streams of Christian theory and Anglo-American practice could come together and form something new. Since their founding with royal permission, each of the English colonies had been almost entirely self-governed for a century or more by 1763. This was the year the British crown finally defeated the French in their battle for North America. North. The conquest of every French colony by the British eliminated the great external threat which had justified the presence of British troops in self-governing colonies – whose residents were not represented in Parliament.

From their first settlement, the colonists themselves had assumed the primary burden of self-defense (and often conquest) against Native Americans, as well as against rival colonies populated by French, Spanish, Dutch, or European settlers. British regular troops were a rare and exceptional presence, appearing mainly in times of international war with parent kingdoms like France.

As we have seen here, citizens organized militias around local churches, which saw their contribution to the defense of public order and security as part of their mission. In this sense, “Christian nationalism,” which leftists use today to terrify the ignorant, was at the very heart of America at its birth. Armed citizens, organized in their churches, not authorized or controlled by colonial governors, carved the 13 colonies out of the desert and would come to demand independence from Britain. We may need it again soon, to protect our freedom today.

In the next segment, we will explore how these citizen militias played a crucial role in the resistance of colonial citizens to a new effort to control, tax and dominate the colonies by a cash-strapped British parliament eager to flex its muscles.

Are you an old fat white guy and want to know if it’s okay to wear a Guayabvera? I have an answer for you.