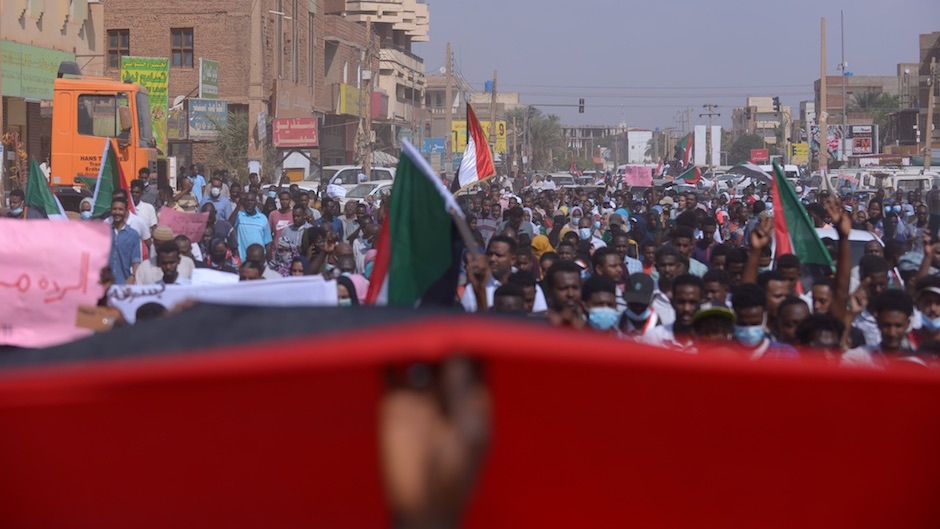 The reinstatement of Sudanese Prime Minister Hamdok, deposed by the army a month ago, divides Christians on the guarantees of the democratic transition process.

A little over a month ago, Sudanese army general Abdel Fattah al Burhan announced the dismissal of Prime Minister Abdallah Hamdok and the military takeover.

Then thousands of Sudanese, including members of the country’s Christian churches, took to the streets to demonstrate against the coup, in protests that have lasted for weeks and in which dozens of civilians have been killed by the military.

Now there has been a turnaround. Hamdok and al-Burhan reached an agreement for the military to reinstate Hamdok as prime minister in exchange for concessions to the military that affect the transitional guidelines that were set in 2019 after the overthrow of Omar al-Bashir.

Among other things, the agreement gives head of state and oversight powers to the Sovereign Council, a body set up by the military after the October coup, giving the generals more authority in the transition process.

He also pledges to form a technocratic government and restores the constitution that was proposed at the start of the current transition, but with some exceptions regarding the armed forces.

Many social entities and civil associations have publicly expressed their rejection of the agreement, and thousands of people have again demonstrated in the streets of Khartoum.

In addition, several ethnic clashes in Darfur and the Nuba Mountains have left more than a hundred dead in recent days.

The Sudan Professionals Association called the deal “political suicide” and “betrayal”. Even the political alliance of the Forces for Freedom and Change, which has been close to Hamdok throughout the transition process, has expressed its opposition to any negotiations with the coup plotters.

However, international institutions hailed the reconciliation between Hamdok and the military.

The United Nations Integrated Mission for Transition Assistance in Sudan (UNITAMS) defined the agreement as “a consensus on the resolution of the constitutional and political crisis which threatened the stability of the country”.

Sudanese Christians disagree over Hamdok’s return. “Most Christians support Hamdok in his return to his post,” Susanna al-Nour, member of the Faith Baptist Church in Khartoum, told Christianity today.

“But a smaller party rejects him, saying he shouldn’t be cooperating with a criminal,” she added.

However, a Sudanese evangelical leader also said Christianity today that “Christians strongly disagree with this approach, some in Khartoum support it, but they are very few”.

“The army is at the root of all the problems it lists as reasons to intervene. The state is controlled by security, but it does not offer security to the people, ”denounced the evangelical leader.

While some evangelicals, like al-Nour, believe that “Hamdok is smart and wise and knows how to plan,” others see the agreement as a perversion of the transition process that began in 2019, or they are simply missing the point. stability under al- The regime of Bashir.

“We are entering our third year [of transition], we are still at the start, without justice and without real freedom. And while we are protesting, people are hungry. Even this is a delay, ”said Aida Weran, academic director of Nile Theological College, which has campuses in Khartoum and Juba.

In Myanmar, churches burn in silence