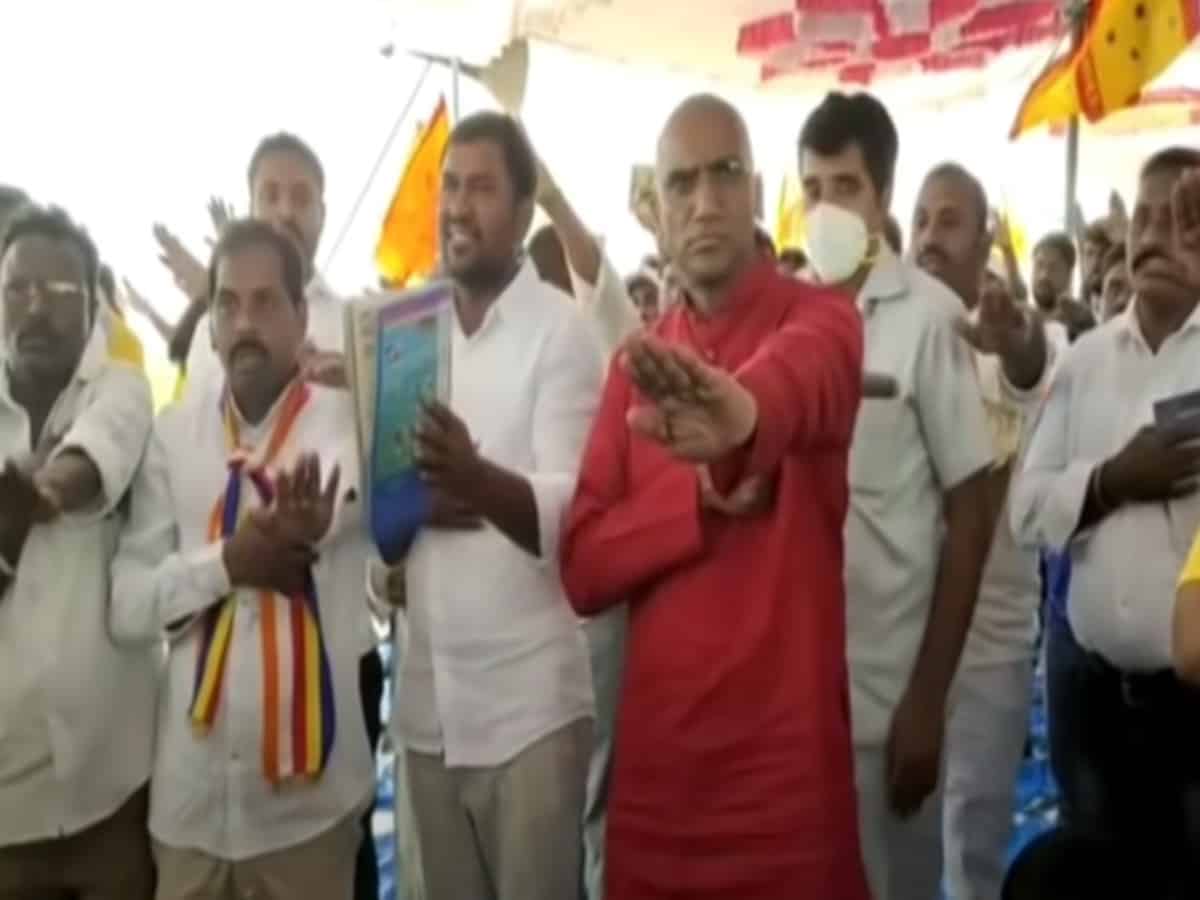 Hyderabad: A day after being relieved of government service for his voluntary retirement, former IPS officer Dr RS Praveen Kumar landed in a criminal case in Karimnagar district for his alleged pledge against the Hindu gods in March of this year.

The lawyer alleged that the retired IPS officer participated in a program in Peddapalli district in March this year, in which he made a pledge that degraded Hindu gods and goddesses.

Praveen Kumar, the IPS agent for the 1995 batch, had been the secretary of the Telangana Social Welfare Residential School Institutions Society (TSWREIS) for nine years. He gave up his service on Monday seeking voluntary retirement six years in advance.

The Telangana government approved his request for voluntary retirement and immediately lifted it on Tuesday.

In March, a video of Praveen Kumar taking an oath against the Hindu gods on a show went viral on social media. The program – Buddha Vandanam – was organized as part of ‘Swaero Holy Month’ (March 15 to April 14) at the famous Buddhist shrine of Dhulikatta in the district of Peddapalli.

After the controversy erupted, citing protests from Hindu groups including Vishwa Hindu Parishad, Praveen Kumar clarified that it had nothing to do with the oath.

“A local Buddhist family took the stage and recited Buddha Vandanam and they then recited the oath that would have been taken by Dr. BR Ambedkar on the day of his conversion to Buddhism,” the IPS officer said in a statement. communicated.

He clarified that the Swaero network has people of all religious beliefs and they get the best out of all religions and do not teach any prejudice against any religion, both at home and in the workplace and celebrate all festivals.

Calls to religions to be peacemakers