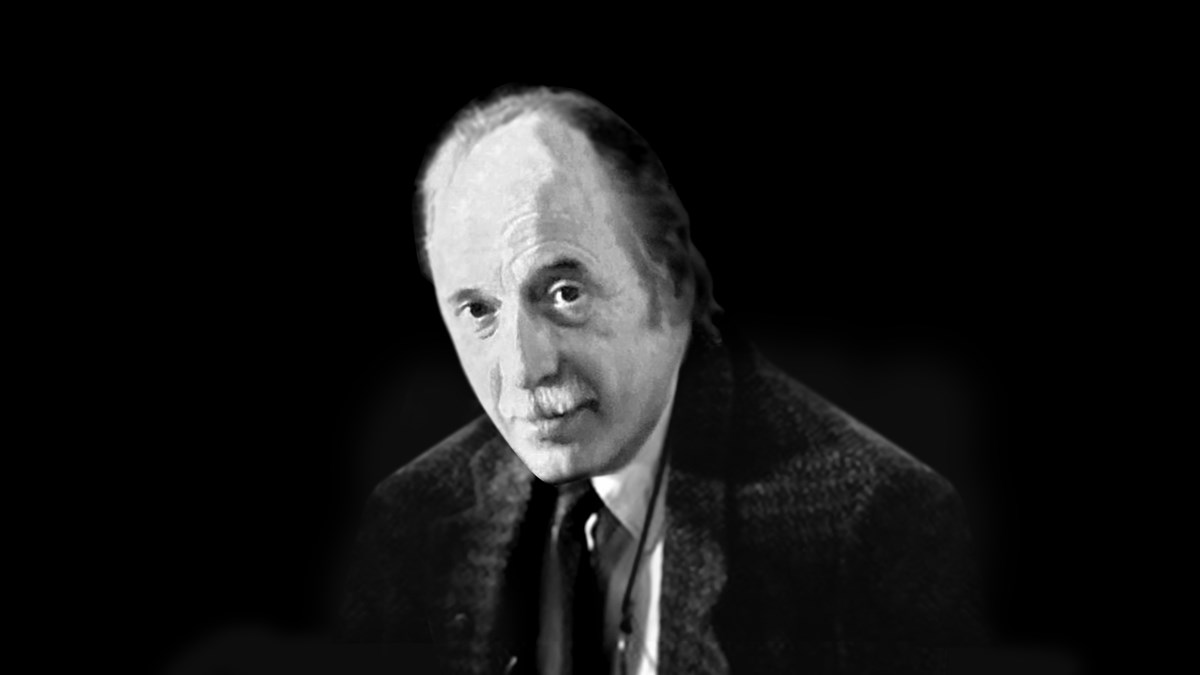 He was, in his own assessment, “just a piano tuner who loves the Lord”.

But Mohr’s behind-the-scenes expertise and support has been appreciated by the world’s most celebrated concert pianists, including Van Cliburn, Vladimir Horowitz, Artur Rubinstein, Glenn Gould, Rudolf Serkin and Emil Gilels. They relied on his extensive musical knowledge and technical skills.

He traveled the world with them, protecting and maintaining their concert grand pianos, each of which was built by 200 Steinway & Sons craftsmen and cost over $200,000. Mohr prepared the pianos with tuning, harmonization and adjustments for optimum performance to the particular taste of the artist. Between concerts, he could be found in the basement of Steinway Hall in Manhattan, doing regular and meticulous maintenance.

His real passion, however, was to shamelessly proclaim the love and hope of Christ to this niche community.

“He was like a magnet drawing them,” said Tom Carpino, Franz’s pastor at The Bridge (Nazarene) Church, Malverne, New York, “and bringing the message of the Bible to whomever he could. .”

Franz was a member of The Bridge for over 40 years and served for many years as an elder. He also spoke regularly to Christian groups and worked with Crescendo International, a Cru ministry.

“With my little tuning hammer, I’ve shared the Lord in amazing places,” he said.

He died at home on March 28 from complications related to COVID-19.

Mohr was born in Nörvenich, Germany on September 17, 1927. He was the second of three sons in a musical family in which Mendelssohn, Mozart and Beethoven were as familiar as sausage and potatoes. His father, Jakob, was a postman who loved to sing and play guitar, mandolin and zither.

Mohr played the violin and viola and studied music in Cologne and Detmold.

The rise to power of Adolf Hitler and the ensuing war completely transformed the idyllic world of Mohr and plunged it into a spiritual crisis that lasted for many years.

At 17, on November 16, 1944, he saw an air raid. As he later recalled, he was sitting on the roof of his family home staring at the sky when he felt something terrible was about to happen. Everything became quiet and the rabbits and chickens in the yard huddled in a corner and refused to eat.

Searching the horizon, he saw waves of incoming planes, flying low towards Düren. He rushed to the family shelter with his parents and younger brother, Peter. In 20 minutes, 1,800 B-17 bombers annihilate the city.

As the bombs fell in the dark, her mother, Christina, called out to God for help. Mohr shouted, “Shut up, mum! There is no God!”

Dazed, Mohr crawled out of a hole in the wall of the shelter. Smoke choked the air as fires continued to burn and time bombs exploded around him.

In the confusion, Mohr was separated from his family. He fled to the countryside where a farmer picked him up.

He returned to town and was reunited with his parents just before Christmas. They told him that his brother Peter had died in the attack and urged him to join them in church.

Mohr exploded, “How can there be a God?”

Mohr rejected God again a few years later when an evangelical minister from Cardiff, Wales tried to tell him about Christ. Mohr accepted a Bible but blasted the pastor with nasty insults.

Soon after, he learned that his other brother, Tony, had been killed by Russian soldiers.

After the war, Mohr joined a Dixieland band for American soldiers, playing gigs around the country. Although his life was good now that the war was over, Mohr struggled with a sense of emptiness.

He was unhappy and lost. He often could not sleep and developed an ulcer. The lifestyle discouraged him, but he couldn’t change. At 21, he is considering suicide.

Then, one restless night, he decided to pray. His thoughts were drawn to Calvary and the two criminals next to Jesus on the cross, especially the one who, having trusted Jesus, heard the Lord say, “Truly I say to you, today you will be with me in paradise” (Luke 23:43).

Suddenly he knew that Jesus had taken his sin. God’s love and mercy overwhelmed him. He became so excited about his newfound faith that he left the group and devoured the Bible day and night.

He joined a small church and preached in the streets. Then comes marriage and a family. For work, he took an apprenticeship with a piano maker and this opened up new opportunities. A German-speaking Baptist church in New York sent out an advertisement for a piano technician for Steinway, and Mohr applied and got the job. The family emigrated in 1962.

Mohr didn’t know, at first, how people would react when he shared his faith in the world of concert pianists. But he believed he still had to tell people about Jesus.

He started giving out Bibles and found they were received graciously, and sometimes with great joy.

Once he met a young pianist from Moscow who had won the Van Cliburn International Piano Competition in Fort Worth, Texas, and was practicing in Steinway’s basement for a concert at Carnegie Hall. Following God’s direction, Mohr gave the man a Russian Bible.

Initially worried about the pianist’s reaction, Mohr was stunned when the pianist grabbed him shouting, “Franz, you have no idea what you’ve done. I never seen a Bible in my life. I came to America longing to get a Bible.

Giving Bibles to the concert artists he worked for became a habit. He even hid Bibles in his luggage traveling with Vladimir Horowitz for concerts in Moscow and Leningrad in 1986, when Bibles were banned.

The people Mohr spoke to did not always find faith. He became quite close to Horowitz, for example, but the pianist never accepted his message of Good News.

“I had the opportunity to speak to Horowitz several times about the Lord, about salvation,” Mohr said. wrote“as far as I know there was never a real breakthrough where I could say with confidence that he believed and knew where he would go after death.”

Mohr retired from Steinway & Sons in 1992 but continued to work as a consultant. He wrote a memoir with Edith Schaeffer titled My life with the great pianists.

He also spoke in churches and sought new opportunities to share his faith and inspire future generations of Christians.

In the early 1990s, Mohr connected with Crescendo International, a Basel, Switzerland-based Cru ministry that connects professional musicians and music students with Christians through conferences and concert hall events, festivals and churches.

Mohr served Crescendo for over 20 years as a producer and lecturer, touring Europe annually. He lectured on concert piano techniques, weaving his testimony into each lesson.

“Franz was so relaxed, talking about God in a natural way,” said Beat Rink, Founder and International Director of Crescendo. “His talks also encouraged Christians to be more open in sharing the gospel.”

According to Mohr’s son, Michael, director of restoration and customer services at Steinway & Sons, Mohr remained lively and healthy until about mid-2021. During Mohr’s final days at home, he comforted his family by saying, “Don’t worry, the best days are yet to come.”

He is survived by his wife, Elisabeth, as well as Michael, his daughter Ellen, seven grandchildren and three great-grandchildren. His son Peter died in 2019.

My Spiritual Autobiography” takes readers through the author’s spiritual experiences