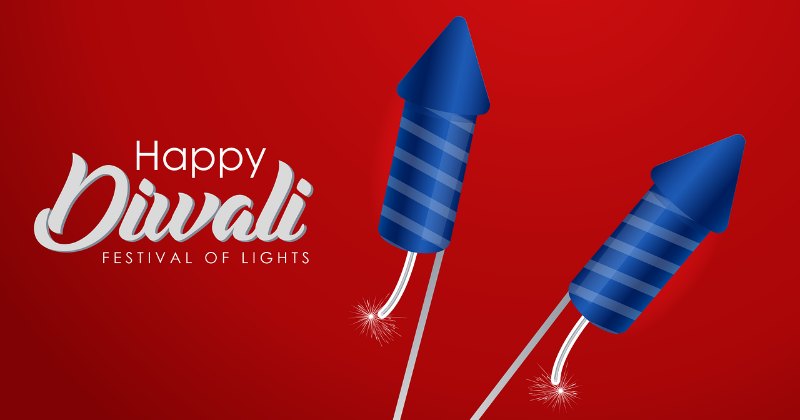 In India, Diwali, also called the festival of lights, is one of the main festivals. It symbolizes the triumph of good over evil. Hindus celebrate by exchanging gifts, sharing feasts and offering prayers to Goddess Lakshmi, the goddess of fertility and prosperity.

The diwali celebration is celebrated across the country as well as outside India by people of different religions such as Sikhs, Hindus, Jains and Buddhists, and each religion celebrates Diwali or Deepawali for different reasons, marking it differently . Here are the details of why Diwali is popular.

Few people know that there are also other different festivals in different religions which are celebrated on the same day in India. Yes, you read that right. Not only Hindus, Sikhs, Jains and some Newar Buddhists also celebrate their religious festivals on the same day as Diwali.

Meaning of Diwali in Hinduism

Diwali is the biggest Hindu festival in the world. On this day, people light lamps and explode firecrackers, and exchange greetings and sweets with friends and family.

This year, Diwali falls on Monday, October 24, 2022. It is believed that on this day, Lord Ram and his wife, Sita, and his brother Lakshman returned to their home in Ayodhya after fourteen years of exile. To celebrate their return, all the people of Ayodhya welcomed them by lighting a lamp in their homes.

The annual “Deep Utsav” was celebrated as part of the Diwali holiday | Photo: BCCL

Since then, Diwali has started to be celebrated with great fanfare across the country. Diwali symbolizes positivity and joy. Before the arrival of Diwali, people clean their houses, buy new clothes, jewelry and make Rangoli, and light lamps in different places. Goddess Lakshmi, Maa Saraswati and Lord Ganesha are worshiped on this day and people meet and eat sweets.

Meaning of Diwali in Sikhism

Diwali is the most important and auspicious festival among Hindus which is celebrated with great enthusiasm by them but did you know that even though Sikhs do not celebrate this festival, the day is a big day of celebration for them because they celebrate Bandi Chhor Divas? On occasion, Sikhs follow the same rituals as Hindus, lighting diyas in their homes, popping firecrackers and illuminating gurudwaras.

In the 17th century, the Mughal Emperor Jahangir imprisoned the sixth Guru Hargobindji at Gwalior Fort Prison on the pretext that the fine imposed on his father had not been paid. In the same prison, there were several other nobles and kings detained in prison for political reasons.

Jahangir agreed but set a condition that as many prisoners who can wear Guru Hargobindji’s coat can be released from prison. So Guru asked his tailor to make one with 52 tails attached and it was quickly delivered. When Guru started to get out of prison, the 52 prisoners were each holding the tails of a special coat. After being released from prison, Guru reached the most important shrine, Golden Temple (Sri Harmandir Sahib) where everyone welcomed Guru by lighting diyas and candles on Diwali day.

Since then, the day of freedom of Guru Hargobindji and the other 52 prisoners is celebrated as Bandi Chhor Diwas meaning prisoner release day. There is a Sikh Gurdwara, where the Guru was imprisoned, called Gurdwara Data Bandi Chor Sahib in Gwalior, where huge celebrations are held with the lighting of earthen lamps and candles and some attractive fireworks and shows .

Meaning of Diwali in Jainism

Jains celebrate Diwali as a day to honor the nirvana or moksha of their 24 Tirthankara, Lord Mahavira who encouraged people to overcome superstition and blind faith. This day also marks the start of a new year for Jains. In Jain Dharma, the celebration of Diwali is dedicated to Tirthankar Mahavira’s contributions to humanity; it commemorates Mahavira’s attainment of moksha or salvation in the Pavapuri of Bihar!

Diwali was formerly called Dipalika or Splendor of Lamps in Jainism, written by Acharya Jinasena in Harivamsha Purana. In his words, the Tirthankars illuminated Pavanagari with lamps to mark the occasion. Since then, Diwali, the day Mahavira attained nirvana, is celebrated with lamps.

Mahavira was also known as Jinendra. The celebration of Diwali in Jainism is totally different as they do not believe in popping firecrackers as they cause noise and environmental pollution, and instead are celebrated with austerity, simplicity, calmness, charity and philanthropy. Their temples are decorated with lights, and sweets and diyas are distributed. The lamps denote knowledge or the suppression of ignorance.

Meaning of Diwali among Newar Buddhists

A Buddhist boy illuminated diyas in front of the statue of Lord Buddha | Photo: Pixabay

Buddhists, especially Newar Buddhists, have dedicated the day of Diwali to their Emperor Ashoka who decided to follow a path of peace and enlightenment and converted to Buddhism after winning the Kalinga War. On this day, Buddhists decorate their monasteries and temples and Buddha is revered.

All private sector and government banks, schools and government offices across the country will be closed on Monday, October 24, 2022. Diwali or Deepawali will be celebrated with great fanfare in states like – Delhi, Haryana, Karnataka, Maharashtra, Rajasthan, Uttar Pradesh, Andhra Pradesh, Goa, Kerala, Punjab, Telangana and Tamil Nadu.