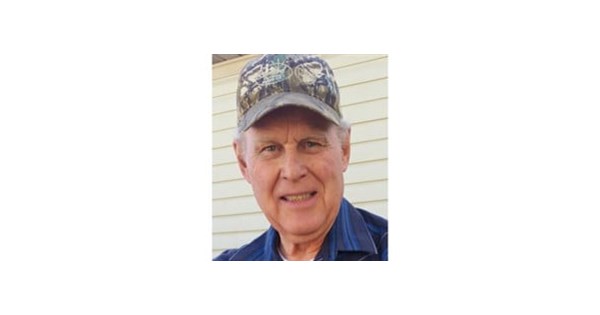 Donald M Peterson, Jr. was born July 25, 1946 in Salina, Utah, the son of Donald M Peterson, Sr. and Thora Colby Peterson. Don was the second of three children and the only boy. Her siblings include Thera Maughan and Sherian Fleming. He graduated from Granite High School in 1964. He served as a corporal in the United States Marine Corps from 1964 to 1970. He served a mission for The Church of Jesus Christ of Latter-day Saints from 1965 to 1967 in the Melbourne mission in Australia. He married Sandra Kay Hansen on March 15, 1968 in the Salt Lake City Temple. They had four boys and 1 girl: Troy Donald Peterson (Teresa), Craig M Peterson (Tamara), Erik Peterson (Jolynn), Becky Ann Peterson and David Harold Peterson (Alexzandria). His wife Sandra died in 1986. He then married Judy Ann Fullmer on August 15, 1997, in the West Jordan Temple and a year later sealed in the Mount Timpanogos Temple. She brought three children into the marriage, Kelli Ann Holt (Christopher), Stephen Layne Standifird (Tresha) and Susan Eileen Otto (Andy). Don loved having the opportunity to serve a mission with his wife, Judy, in the Singapore Mission in Malaysia from 2017 to 2019, where they served as MLS missionaries. Mission president and Sister Simmons recently said: â€œWe are deeply saddened to learn of the loss of Brother Don Peterson. He and Judy loved to serve and loved those with whom they served.
He has had many job changes during his life. Early in his career he worked for the University of Utah in the land, then worked at the Salt Lake Housing Authority as a maintenance supervisor, where he obtained his HVAC license. He then moved to Emery County, Utah. There he ran his own business, Don Peterson Appliance Repair, and worked for United Parcel Service. In 1986, he moved his family to Provo, Utah, where he worked as a store manager for Lube Doc. After leaving Lube Doc, he ran his own business, Rollin ‘Lube. While still working at Rollin ‘Lube, he began working for the Utah State National Guard as an HVAC Engineer. He eventually landed his dream job working for Brigham Young University as an HVAC engineer, where he worked for 12 and a half years and retired in 2012. After his retirement, he continued to work in his personal business, DPA Heating & Air Conditioning, LLC.
Don has always been a loving and kind person and loved to help others. Don could often be found helping a neighbor, a stranger, or his children. He loved to play and tease his children, grandchildren and anyone he could. He was never too old to get down and play with his grandchildren.
Don was a loyal member of The Church of Jesus Christ of Latter-day Saints. He has a strong testimony of the gospel of Jesus Christ and has never hesitated to share his testimony with others. He lived the gospel every day. He was a spiritual giant. Don has served in numerous appeals throughout his life. He has always loved missionary work. He served as a temple worker at the Provo Temple and the Downtown Provo Temple for many years and absolutely loved his time in the temple and loved to train and help others to serve in the temple.
Don was very patriotic. He was honored to serve in the United States Marine Corps.
The world lost a spiritual giant on November 18, 2021, when Don was brought home after a tragic car accident. We know he was greeted by many relatives on the other side. Don was predeceased by his parents, Donald M Peterson, Sr. and Thora Colby Peterson; sister, Thera Maughan; first wife, Sandra Kay Hansen Peterson; daughter, Becky Ann Peterson; and grandchildren, Jeremy Scott Peterson and Weston Lane Peterson.
Funeral services will be held at 11:00 a.m. on Wednesday November 24, 2021 at the Sunset 3rd Ward Chapel, 1090 West 1020 South, Provo, Utah. If you cannot attend in person, you can zoom in on https://us02web.zoom.us/j/83516654016 (passcode: 497649) from a computer or phone. Friends and family can call the Berg Mortuary in Provo, 185 East Center Street, from 6 p.m. to 8 p.m. or Wednesdays at the chapel one hour before services. Interment will be held at Larkin Sunset Gardens, 1950 East 10600 South, Sandy, Utah.
Many thanks to everyone who reached out to family members and shared stories, love and concern.
Condolences can be expressed at www.bergmortuary.com.