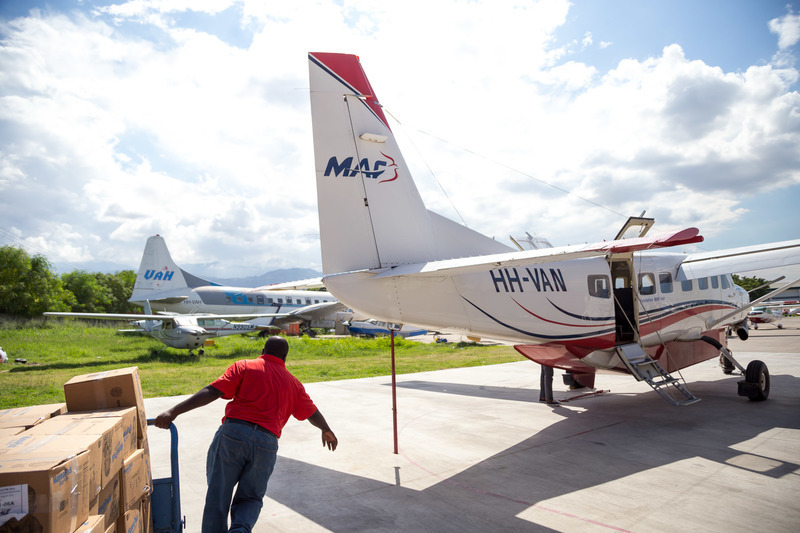 The documentary film “ends of the earth“tells the true stories of the Mission Aviation Fellowship pilots who transport missionaries to some of the most remote parts of the world in high-risk conditions so they can share the gospel of Jesus Christ.

Moody Bible Institute has partnered with Change Media and Mission Aviation Fellowship on the new film, which focuses on the work and faith of MAF pilots who help missionaries, churches and Christian organizations fulfill the Great Commission of Jesus.

The documentary, which premieres in select theaters nationwide for just two evenings at 7 p.m. on October 18 and 21, features interviews with Christian leaders, staff at the Moody Bible Institute and MAF employees.

These Christian leaders include Mark Jobe, president of the Moody Bible Institute, and David Holsten, president of MAF. It also features Pastor David Platt of McLean Bible Church, who is also the founder of Radical, an organization that seeks to help train and equip Christians and churches to spread the gospel among the nations.

The film ends with a discussion by Jobe and Holsten about the Great Commission and the calling of every Christian, regardless of profession.

â€œWe believe that every follower of Christ should have a passion for the missions,â€ said Holsten, according to the Moody Bible Institute. “Some will be called to go, others will be called to use their gifts in sustaining, and all are called to pray that people will accept the life changing salvation that comes through Jesus Christ.”

According to CRG, millions of people around the world do not have access to the Gospel. Some who live in remote parts of the world face geographic barriers. Others are isolated by social, political or religious barriers.

For 75 years, MAF has been on a mission to reach isolated people with Christ’s message and to bring help, hope and healing through aviation. MAF operates a global fleet of aircraft to help medical professionals, churches, missionaries and other humanitarian organizations provide needed supplies and spiritual support to people in isolation.

“Ends of The Earth” gives viewers an in-depth look at remote villages and breathtaking landscapes while sharing the stories of MAF pilots who accept the challenge of flying in remote and sometimes high-risk areas of the world. world so that missionaries can share the Gospel.

In a statement, Jobe expressed hope that the documentary will inspire students at the Moody Bible Institute to become missionary pilots.

â€œWe are excited about the next generation of men and women at Moody ready to fulfill their mission and vocation,â€ he said. â€œAnd we fervently pray that the Lord will use this powerful film to inspire some of them as missionary aviators to share the gospel to the ends of the earth. Moody looks forward to building our strong partnership with MAF in our efforts to make the gospel accessible to every person. ”

Fathom Events has partnered with Collide Media Group to show the film in cinemas across the country.

â€œFathom is delighted to partner with Collide to extend our inspiration and documentary offerings to film audiences,â€ said Ray Nutt, CEO of Fathom Events. “This is an important film that will challenge and inspire audiences.”