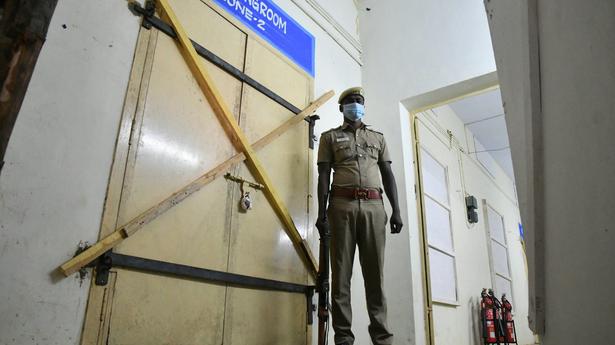 Police Director General C. Sylendra Babu said on Monday that all arrangements had been made to ensure the peaceful counting of votes in Tuesday’s city local body elections.

He said three-tier security with the deployment of personnel from taluk police stations, armed reserve and Tamil Nadu special police has been put in place at all count centres.

Counting will take place on Tuesday in 11 centers in Greater Chennai Police Boundaries, four centers in Avadi Police Station, five in Tambaram Police Station and 259 in 37 other districts in total in 279 centers across the state .

The DGP said more than 60,000 police will be deployed to prevent any untoward incident after the counting of the votes. People going to counting centers will only be allowed after ID cards have been checked and scanned by metal detectors. Specially trained male and female police officers have been stationed here.

The DGP said police commissioners and SPs have been asked to step up patrols from the morning to prevent any untoward incidents.