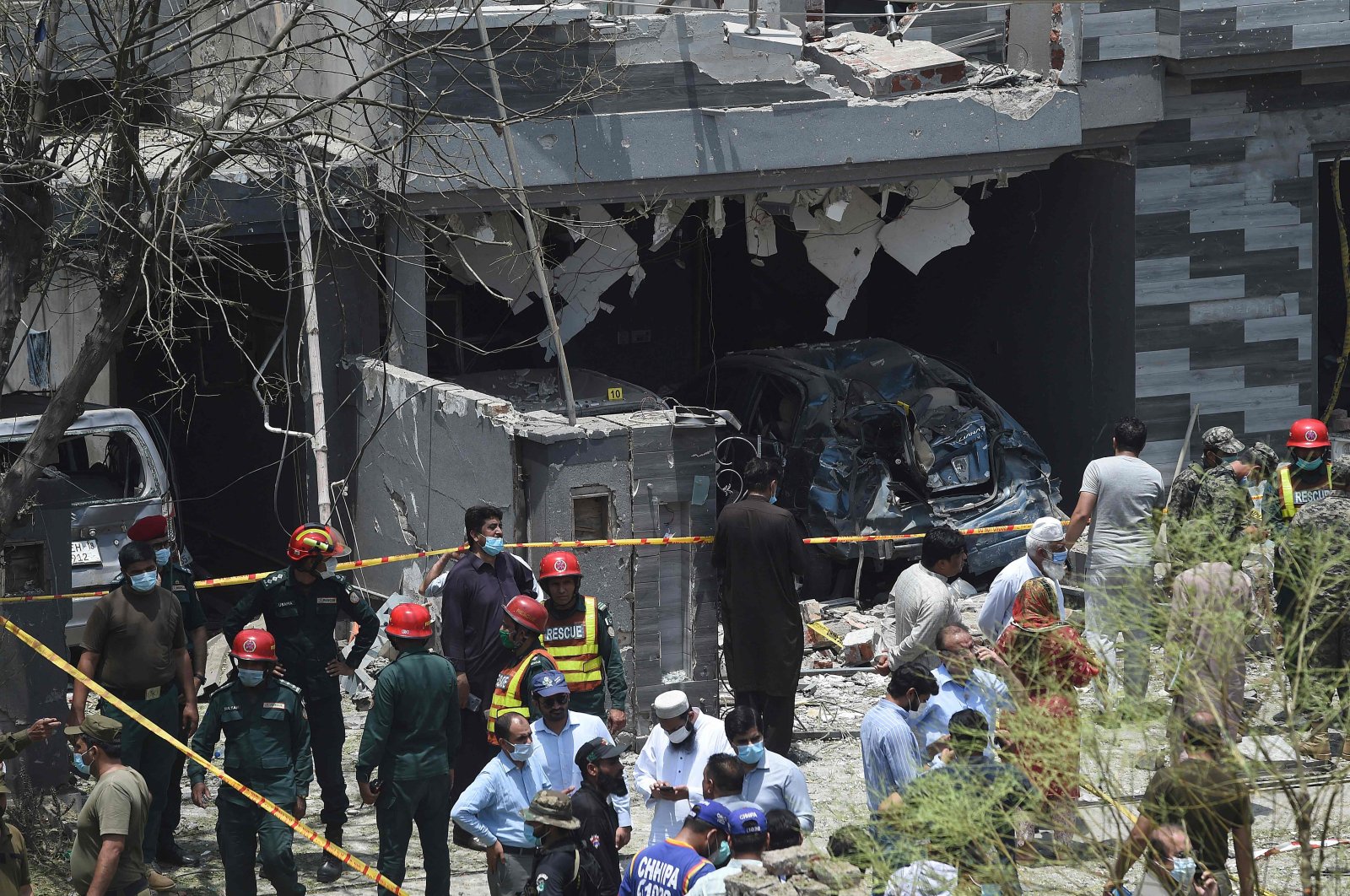 Explosion kills 3 near home of religious leader in Lahore, Pakistan

At least three people were killed in Pakistan on Wednesday and 24 others were injured in an explosion in the northeastern city of Lahore in an attack that officials said targeted police and security forces near the home of a Muslim leader.

The explosion took place in Johar Town, a residential area of ​​the city, which is the provincial capital of Pakistan’s most populous province, Punjab.

“So far, the three people killed and 24 others injured have included a police officer who was deployed to a checkpoint near the house of a religious leader,” the police chief told reporters. Ghulam Mahmood Dogar.

All of the injured were taken to the nearest hospital, while police cordoned off the area shortly after the explosion.

According to locals, the home of Jamaat ud Dawah group leader Hafiz Mohammad Saeed is also located in the area where the blast took place. However, authorities have not confirmed that Saeed’s house was targeted.

Saeed is currently in Kotlakhpat Prison in Lahore, sentenced by a local court to 15 years in a terrorist financing case earlier this year.

Punjab Police Chief Inam Ghani said authorities are currently assessing the damage. “There would be no compensation for the lives lost,” he added.

“After the detailed investigation, the CTD (Counterterrorism Department) will determine whether the explosion was a suicide bombing or whether a device was used,” Ghani said.

Explosions in major Pakistani cities have become increasingly rare in recent years following a massive crackdown on militant groups in urban areas and a series of military offensives targeting terrorist strongholds along the border. Afghan.