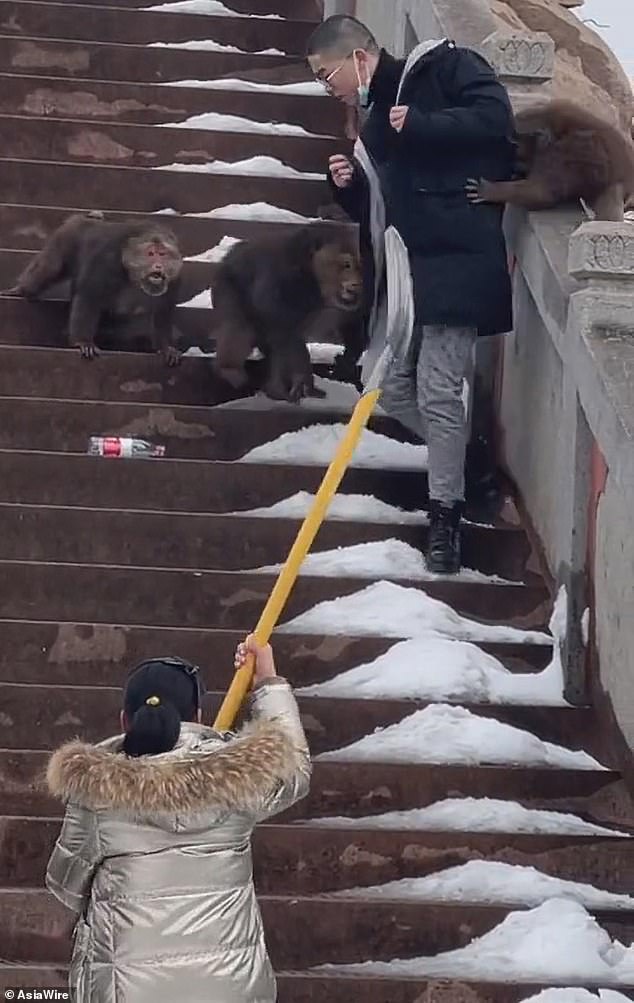 Monkeys with threats! As five monkeys attack a tourist for food before being chased away by a woman wielding a shovel

By Mark Tovey for Mailonline

This is the moment a tourist was mobbed by begging monkeys looking for food while visiting a temple in China.

Footage recorded at Mount Jiuhua, near the prefectural city of Chizhou in southern Anhui province, shows a young man walking up a flight of stairs to a temple.

The tourist hotspot, famous for being home to several Buddhist temples open to the public, has become infested with cheeky monkeys trying to exact a heavy toll on visitors.

In the video, the monkeys can be seen sitting on the snowy steps leading up to the temple.

A young man, believed to have been with a tour group, decides to brave the peril of the primates and venture to the temple – passing monkeys along the way.

He is surrounded by five menacing monkeys, and he lets out a horrified cry as one of the parasites grabs his arm, threatening to throw him off balance on the slippery steps.

A woman wielding a shovel scolds the beggars, hitting the ground with the tool and startling them. 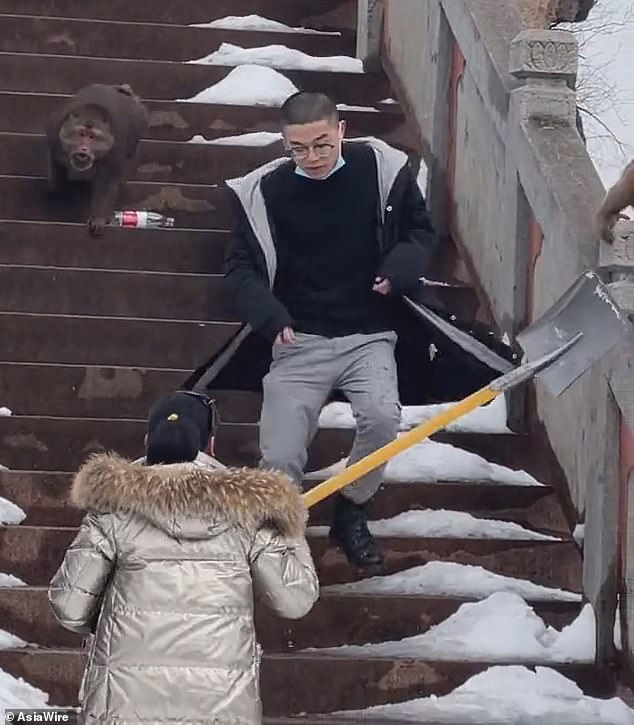 After being accosted by the five hungry primates, the young man abandoned plans to see the temple and rushed to safety – as a woman wielding a shovel scolded the monkeys 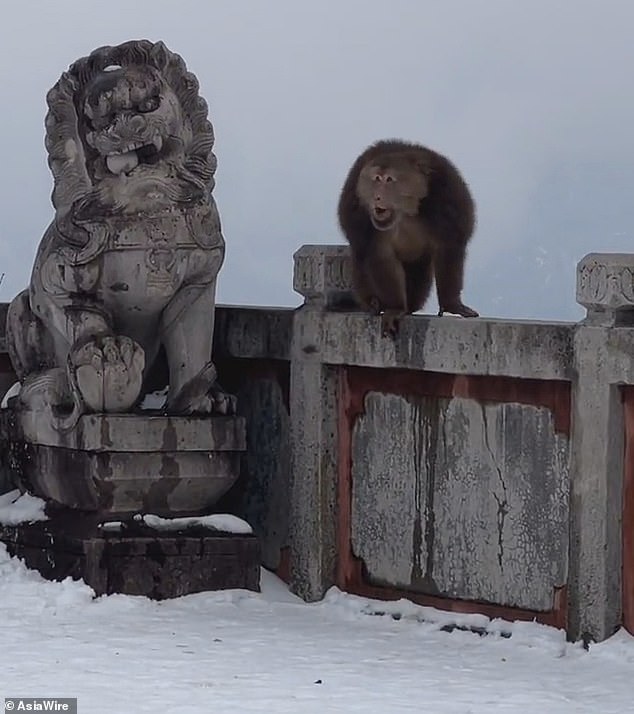 One of the monkeys, a resident of the Mount Jiuhua tourist hotspot, sits on a wall next to a stone dragon, staring wearily at the woman with the shovel

Although momentarily put off by the woman with the spade, one of the five monkeys rushes at the tourist again, laying its thieving hands on the young man, scaring him away.

Having given up hope of seeing the temple, the young man runs down the stairs and out of view of the camera, which focuses on the woman with the shovel.

She verbally scolds the monkeys as if they were children.

As Russia Invades Ukraine, Pastors Stay to Serve, Pray… a…… | News and reports