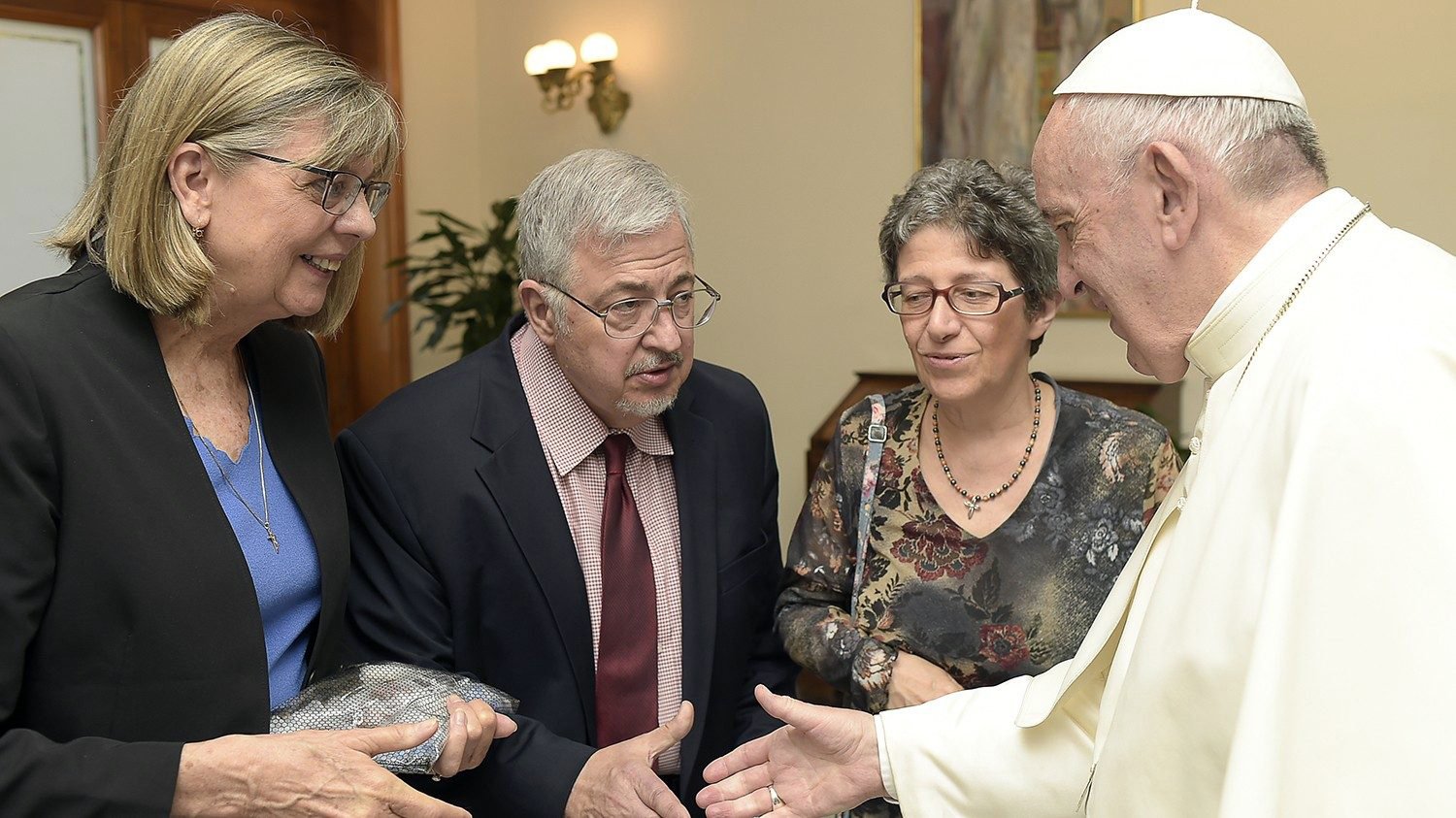 (RNS) – Dale Recinella, a lay Catholic chaplain on death row in Florida, received the first-ever Guardian of Life award from the Pontifical Academy of Life on Tuesday, September 28. Recinella, the very first recipient of the new award, accepted the honor at the academy’s general assembly in Rome.

For more than two decades, Recinella has provided pastoral care and religious education to inmates in solitary confinement at Florida State Prison in Raiford, near Jacksonville, which is home to the second largest death row population in the United States. United.

He also provided a Deathwatch ministry to those awaiting scheduled executions. This work included spiritual preparations on the day of the execution, accompanying the detainees until their last farewell with their loved ones, attendance at the execution and the pastoral care of the family after the execution.

During her acceptance speech, Recinella said he and his wife had many “baptismal godchildren” on death row. He said he asked men why they wanted to become Catholics, and they replied, “Because the church wants me.” ”

RELATED: The Last Breath of the Death Penalty?

Recinella, 69, told Catholic News Service he considers himself semi-retired and has already ceded his role as death row chaplain at Raiford to a former NFL linebacker, which, according to him, enthuses the inmates. Catholic leaders in Florida, he added, are actively trying to find other people to minister in prison as a profession.

The Pontifical Academy for Life is the Vatican school for the promotion of a coherent ethics of life that opposes abortion, capital punishment and assisted suicide. According to the academy, the Guardian of Life Award is intended for those who have “distinguished themselves in their private and professional life for significant actions in favor of the protection and promotion of human life”.

Archbishop Vincenzo Paglia, president of the Pontifical Academy for Life, said that while Recinella’s choice to be death row chaplain was not easy, “it was essential to bring comfort to those who have been violently torn from this world “.

The Catholic Church has not supported the use of the death penalty, except in rare cases since 1995, when Pope John Paul II addressed the death penalty in his encyclical Evangelium Vitae. During a meeting organized by the Pontifical Council for the Promotion of the New Evangelization in 2017, Pope Francis declared: “The death penalty is inadmissible because it is an attack on the inviolability and the dignity of the person. “.

Recinella said the award is a statement by the Catholic Church on the importance of the lives of men and women on death row around the world.