Linda King describes Gander Brook Christian Camp as a kind of unifier for the Churches of Christ in New England.

People from across the region – and the United States – are part of the “Gander Brook Nation,” with a connection to the Raymond, Maine, camp at 27 Ganderbrook Lane, which has helped train young Christians. since 1956.

But more than 60 years of summers have taken their toll on many camp facilities, especially the dormitory that houses the summer staff, which predated the camp by decades. Now this dormitory – the largest building in the camp – needs to be replaced.

King, who sits on the camp’s board of directors, said the camp has done its best to preserve what it considers historic buildings, but the current dorm has gone as far as it can. It will be the first facility to be rebuilt. Still, the camp tries to keep the replacement dormitory in a style similar to the original buildings.

Render of the new dormitory planned for Gander Brook camp.

Initial quotes for a new dormitory last year were around $ 535,000, which the camp was able to raise in two rounds of fundraising over the past year.

However, King said The Christian Chronicle that the city later determined that the camp would need to hire a structural engineer to make plans that would follow local codes. These additional requirements – a sprinkler alarm system, for example – along with increased construction costs meant that more recent quotes were considerably higher.

And while the camp is still accepting offers from contractors, she said it looks like the cost will be around $ 680,000. The total amount raised was $ 612,000 as of November 2 and during the third phase of its fundraiser, the camp hopes to raise an additional $ 50,000.

King said this should put the camp in good repair to begin construction next fall.

In the meantime, she said the camp was fortunate enough to have been able to stay open for the past two summers – only around a third of summer camps in Maine were able to do so last year due to the COVID-19 pandemic.

Gander Brook has been able to control costs and the virus by limiting the number of campers and keeping tighter control over the food supply and other resources, King said.

King called Gander Brook a blessing for the New England church, a blessing that serves as a valuable ministry tool and brings Christians together – especially as she wants to keep it safe and successful. 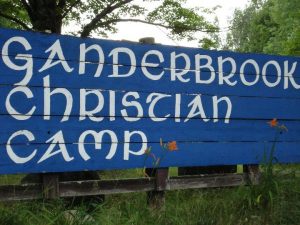 The camp raised donations for the new dormitory through GoFundMe in previous phases of its fundraising campaign and is in the process of launching another cycle through the service. This too accept donations via PayPal and by mail.

History based on UNHCR and Kontinentalist data ...