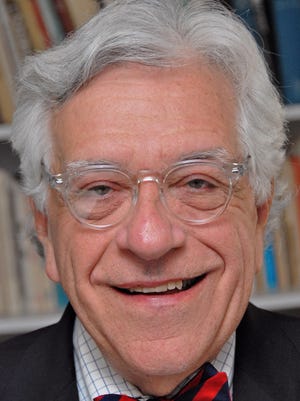 2 He who walks uprightly, who does righteousness, and speaks the truth in his heart.

3 Whoever does not slander with his tongue does not harm his neighbor, and does not take reproach against his neighbor.

4 In whose eyes a vile is despised; but he honors those who fear the Lord. The one who swears on his own evil and does not change.

5 Whoever does not put his money to good use, and takes no reward against the innocent. Whoever does these things will never be moved. (KJV)

What is Psalm 15 about? This is an entrance psalm that was probably sung when pilgrims entered Solomon’s temple in Jerusalem during the Passover, Sukkot, and Shavuot feasts by bringing sacrificial offerings. However, since it is a psalm of David, it predates the construction of the Temple in Jerusalem and refers to the portable tabernacle and ark that were carried by the people of Mt. Sinai, through the wanderings of the desert and finally to Jerusalem. At the broadest and deepest spiritual level, we spend far too much time telling God what we want from God and very little time thinking about what God expects of us. Psalm 15 is a rectification of this spiritual imbalance.

What interests me is that whatever God wants from us is not purely ritual. Everything God wants from us is purely ethical. Lighting candles is a ritualistic act that can be performed by an evil person. Being kind to those in need is an ethical act that can only be done by a good person. It really is that simple. Only good people, nice people, loving people, compassionate people, righteous people are worthy to draw near to God. The highest truth is that such people do not do good things and then come close to God. They are already close to God when they are doing good things.

Each verse of Psalm 15 gives us a list of good things to do. Here is the list in my own translation / commentary.

2. Be fair and innocent and speak the truth.

3. Don’t gossip and be careful what you say so that it doesn’t hurt others.

4. Honor those who are morally worthy of honor. Keep your word.

5. Be generous and charitable with your money. Don’t take a bribe.

Thus, preparation for doing religious rituals properly is about living an ethical life properly. This is not a rejection of rituals. It is a rejection of the rituals performed by people who lead unexamined lives. It was the secret of my friendship with Father Tom Hartman. Tommy and I haven’t shared a single ritual practice. During the Passover / Easter spring break he ate chocolate bunnies and I ate horseradish. Even when there were similarities between our rituals, they were always different. I ate unleavened bread, but it was only bread. In the Eucharist, he ate unleavened bread which was the body of Christ. I blessed the wine which was only wine, and it blessed the wine which was the blood of Christ. However, we have shared in full and equal measure all of the ethical practices God has taught us. Truth be told, Tommy was better than me at performing rituals and leading an ethical life, but we were on the same path, climbing the same mountain to the same God. It was our bond. It was the secret of the God Squad. This is the meaning of Psalm 15.

One last thought. What if the abode in the tabernacle of God was not the ancient Temple of Solomon but Heaven or, in Judaism, The World to Come? There is an old rabbinical legend that when we die and our souls are brought to God, the first question God will ask us is, “Were you honest in your work? Do you think God cares more about our moral virtue or our ritual rigor? I vote for moral life. In fact, if God allows me, I vote twice!

What ethical practices do we most need to take more seriously?

Are there any ethical commandments that Psalm 15 omits?

Send ALL QUESTIONS AND COMMENTS to The God Squad by email at [email protected] Rabbi Gellman is the author of several books, including “Religion for Dummies”, co-authored with Fr. Tom Hartman.