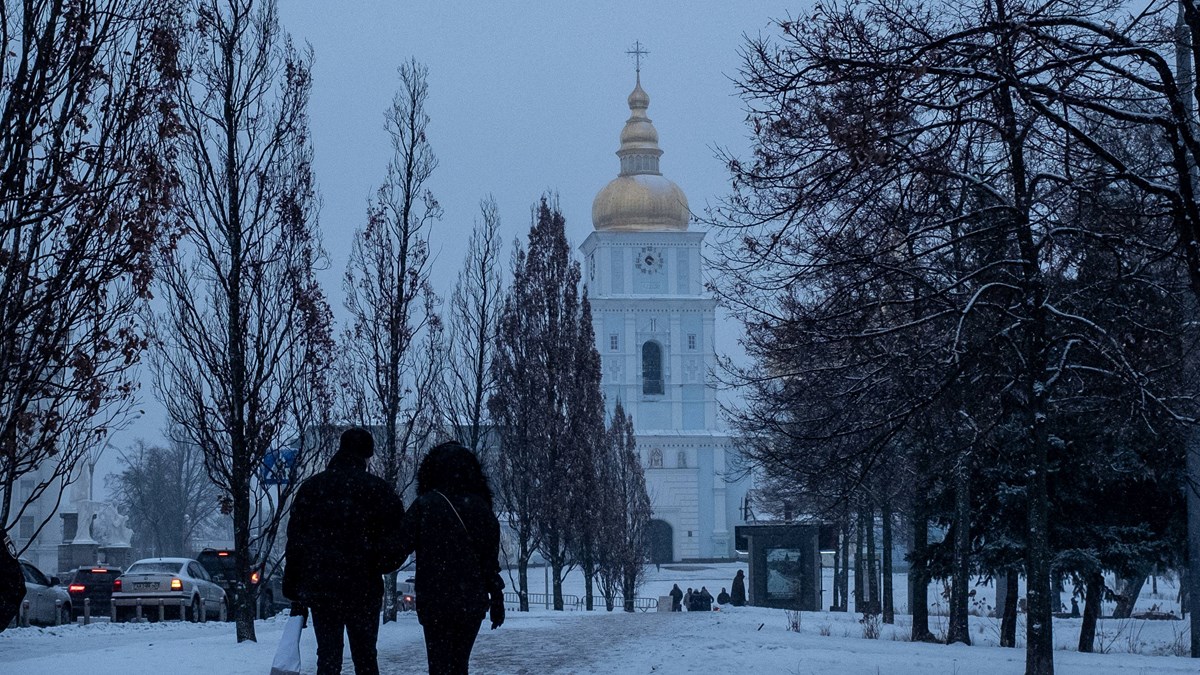 Head of Ukrainian Seminar: The Russian Invasion Could Send Bap…… | News and reports

“If Russia invades, it will invade the eastern part and the northern part, and a little bit of the south,” said Yarsolav “Slavik” Pyzh, president of Ukrainian Baptist Theological Seminary (UBTS) in Lviv who holds a doctorate from the Southwest.

“Churches have already agreed,” Pyzh said. “Those who are in the western part of Ukraine … told our brothers and sisters in other parts of Ukraine [that] if anything happens, we will open our homes and our churches to you.

Russia persecutes religious minorities, including evangelical Protestants, through restrictions such as the 2016 Yarovaya law criminalizing evangelism outside church walls. Russia considers any church beyond the government-influenced Russian Orthodox Church to be sectarian or a sect.

Pyzh believes that a Russian victory in Ukraine would more than likely lead to Ukraine splitting into two countries, with western Ukraine remaining independent. Baptist churches that fall under Russian rule as a result would likely transition to spreading the gospel underground, Pyzh said, rather than abandoning the faith.

“The church will go underground,” he said. “You have to understand that historically we’ve had this experience before under the Soviet Union. So the church hasn’t forgotten what it means to be persecuted, and I think we’re going to reorganize, reorganize and continue to do what we always do, always preach the gospel.

About 400 of the 1,300 students enrolled at UBTS are from eastern Ukraine, Pyzh said. The seminary has previously helped Christian missionaries navigate the region safely during the current threat of violence.

“I think here in the West we would have the opportunity to train more students, train more people, facilitate aid and support them in any way we can,” he said, “because I don’t believe that [Russian President Vladimir] Putin will come here.

Malcolm Yarnell, who taught Pyzh at Southwestern more than a decade ago, asked Southern Baptists to pray for Christians in Ukraine and Russia.

“I would pray above all for peace and justice between the two nations,” said Yarnell, a research professor of theology. “I think it’s important for us to pray for this, because we want human beings to be respected and treated with human dignity. And in times of war, if war were to happen, human dignity seems to go out the window.

He described his second prayer request, “for the testimony of the churches,” as closer to his heart.

“Like Baptists in so many places, they have a strong heritage of demanding religious freedom, and that is true of all Baptists there.”

Pyzh encouraged churches in the United States to reach out to all Christians and churches in Ukraine with whom they have already established relationships, to sincerely pray for Ukrainian Baptists, and to find ways to provide humanitarian assistance in the event of an emergency. armed conflict.

About 2,000 churches are members of the Ukrainian Baptist Union, comprising about 100,000 believers. UBTS, located about 1,000 miles west of the Ukrainian-Russian border, has graduates serving in 230 Ukrainian churches, Pyzh said.

It’s unclear how humanitarian aid would be delivered in the event of war, he said, but pointed to groups such as the American Red Cross.