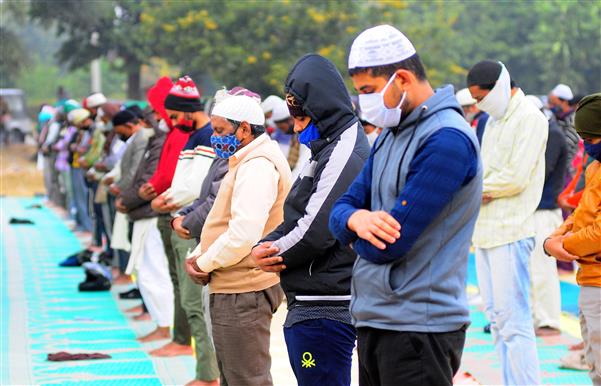 A Sena Hindu leader has asked the Supreme Court (SC) to be heard in the contempt petition against Haryana government officials for their alleged failure to act against local Hindu groups who allegedly tried to prevent Muslims offer namaz on Fridays in open areas in Gurugram.

In his plea, Hindu Sena Vice President Surjit Singh Yadav urged the Supreme Court to order the applicants to refrain from offering namaz on public property in Gurugram.

Indian society is a multi-religious society and therefore the members of each community should follow the principle of restraint to maintain law and order. â€”Surjit Singh Yadav, Hindu vice-president of the sena

Faced with objections from Hindu groups, the chief minister of Haryana, Manohar Lal Khattar, declared on December 10 that the practice of offering namaz in the open “will not be tolerated”. He said the district administration’s prior decision to reserve places for Friday namaz to be held in open spaces had been withdrawn. The CM had however declared that the state government would now find an amicable solution to the problem.

Alleging the inaction of senior Haryana officials in addressing communal and violent tendencies, petitioner Adeeb has called for contempt action against the Chief Secretary of Haryana and the Director General of Police of Haryana State for failing to comply with instructions from the highest court in Tehseen S Poonawalla (2018) to control and prevent the growing number of hate crimes, including collective violence and lynching.

Yadav alleged that by moving the Supreme Court, Adeeb tried to cover up his “community misdeeds” and tried to “blame the Hindus and their peaceful character”.