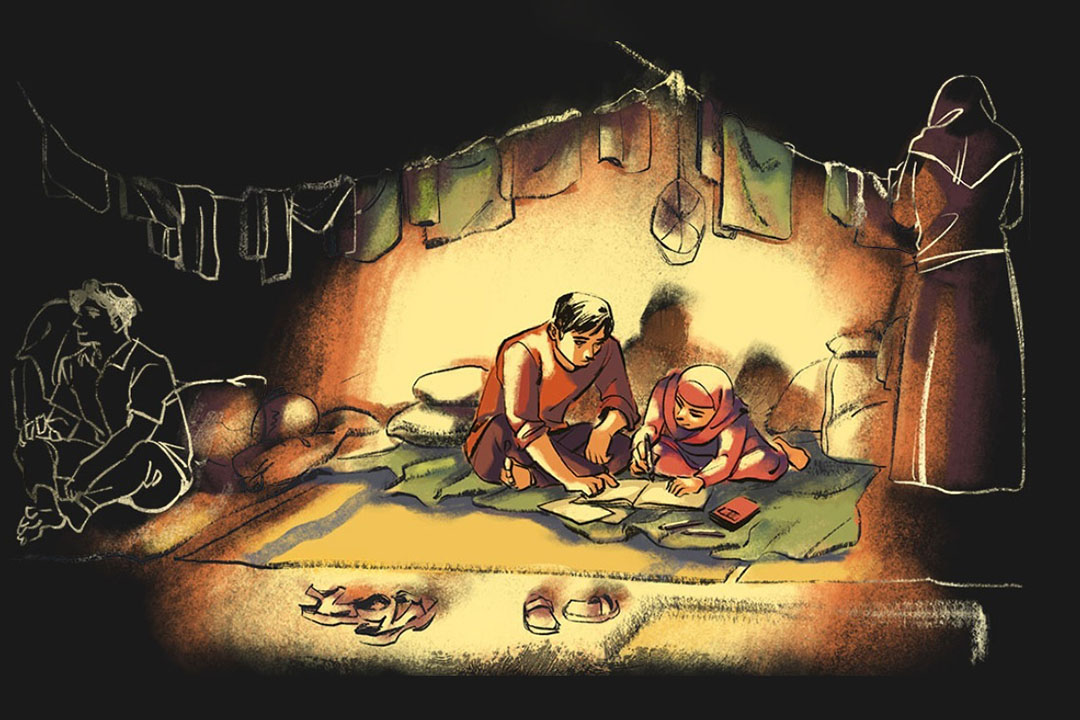 The United Nations Refugee Agency (UNHCR) and Kontinentalist, a data-driven storytelling studio in Singapore, have collaborated to produce a data-driven visual story on the Rohingya Muslim minority in Rakhine State in Myanmar. predominantly Buddhist, crossing the Andaman Sea in search of refuge in Southeast Asia. Visualizations, audio interviews, images and interactive maps use geospatial, quantitative and qualitative data to tell a compelling story of the plight of the Rohingya throughout their â€œperilous voyages across the seaâ€.

Abandoned at Sea: Desperate Travels of Rohingya Refugees seeks to engage the Association of Southeast Asian Nations (ASEAN), other international and regional bodies and national governments to better protect the rights of Rohingya refugees. It further aims to “bring readers to learn more about the Rohingya humanitarian crisis and join collective action for more inclusive and effective refugee protection.”

The authors use artistic visualizations, personal narratives, and interactive graphics to tell the story of the Rohingya who were “made stateless” in 1982, limiting their ability to travel and settle safely. They highlight several waves of displacement since the 1970s, many of which fled violence in 2016 and 2017 to settle in refugee camps in Bangladesh.

The story describes the “harsh and cramped” living conditions in the refugee camps, without access to basic necessities. Many Rohingya, he explains, set off on refugee ships heading south-east of the Bangladesh-Myanmar sea border to Thailand or Malaysia. These boats, which “have been assimilated to modern slave ships”, often carry too many passengers for the open sea. They “got lost, encountered engine problems, or ran out of food, water and fuel.” Since January 2020, more than 200 refugees have drowned or disappeared at sea.

The article estimates that at least 500 people were stranded at sea in the first half of 2020 because, in a “human ping-pong game”, the countries of Southeast Asia did not allow them to disembark or have driven their vessels back to international waters. . He warns that, according to the UNHCR, “the practices of interception and refoulement by the authorities directly or indirectly lead to death or refoulement – the forced return of refugees to their homes to face persecution.”

The authors note that COVID-19 “worsened the situation for refugees”, with countries closing their doors to them. In situations where the Rohingya were allowed to disembark, most were held in camps or quarantine centers. The story focuses on the significant impacts of detention on children who represent 36% of survivors of maritime incidents recorded in 2020.

The article also notes that Rohingya refugees are frequently victims of human trafficking, and that refugee women and girls â€œcan be abused and exploited in the local sex tradeâ€.

Yet, the authors warn, Southeast Asian countries are not doing enough to implement their international obligations to protect refugees.

The article calls for a “lasting solution” to the Rohingya crisis, because without it they “will remain vulnerable to coercion and state exploitation wherever they go.” It also suggests ways that anyone can help, for example by volunteering with a refugee organization or helping refugees find work.

Murders of Marad: two others convicted