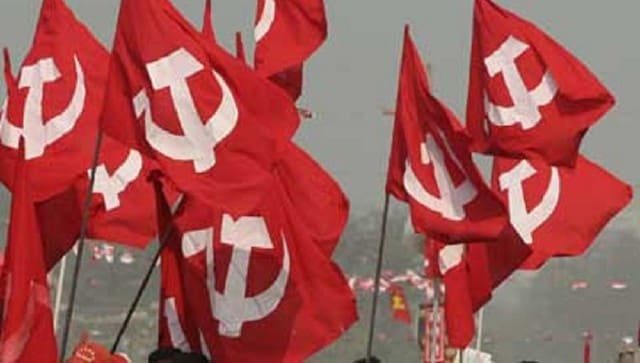 Communists led by the former Soviet Union collaborated with Hitler and shared his victories, until much later Hitler decided to betray them.

For decades now, one of the most powerful tactics used by left-wing liberals has been their effort to link the history of Hindu nationalism in India to Nazism in Europe. Left-wing thinkers have never ceased to insist on this theme in their articles, books and speeches. With the BJP in power, the left has used this to shape public opinion around the world on what Hindu nationalism means in India. But this story deserves to be seriously questioned, by bringing out the facts of the story.

Because this account is not just wrong. It’s also ironic, given who usually makes these accusations. Instead of making spurious links between Hindu nationalists and the Nazis, we need to know that it was in fact the left, if not the Communists, who were Hitler’s military allies. The Communists collaborated with Hitler and shared his victories until Hitler decided much later that he would betray them.

Two things are surprising here. First, the extent to which the collaboration between Nazis and Communists shaped our modern world. The second is the skill with which left-wing historians have kept us from talking about what is hidden from view.

The most widely accepted date for the start of World War II is September 1, 1939, when German troops invaded Poland’s western border. It is not as well known that this was part of an arrangement between Hitler’s Germany and the Communists of the Soviet Union. On September 17, the Red Army invaded the eastern border of Poland. After destroying the Polish resistance in a coordinated attack on two fronts, the victors gathered for celebrations and a joint Nazi-Soviet parade in the city of Brest-Litovsk. Western Poland was later annexed by Nazi Germany, while the Soviets took the east. In fact, the Communist part was slightly more important.

The pact between Nazis and Communists

We need some information here. As the Nazis and Communists sought to expand into Europe in 1939, the two sides decided to come to an agreement. The pact was signed by Hitler Ribbentrop’s Foreign Minister and Stalin Molotov’s Foreign Minister at a meeting in Moscow on August 23. The protocols of the Molotov-Ribbentrop Pact divide Europe into two spheres of influence. Now that his border with the Soviets in eastern and central Europe was secure, Hitler was free to expand the Nazi Empire to the west.

In turn, the Soviets would invade six countries: Poland, Romania, Latvia, Lithuania, Estonia and Finland. The brutality of the Soviet occupations is worth mentioning, especially the Katyn Forest massacre, when 22,000 Polish citizens were executed by the Red Army and buried in mass graves.

This was in 1939-40, when the Nazis occupied most of Western Europe, including France, and began to threaten Britain. At that time, the friendship between the Nazis and the Soviets was strengthened by a number of economic cooperation agreements. While the most industrialized Germany exported military technology and equipment to the Soviets, the largely agrarian USSR kept Nazi Germany supplied with food, oil and raw materials. When German tanks entered France, they were using USSR fuel. Their troops ate bread provided by the Soviets.

The events leading up to the Molotov-Ribbentrop Pact of August 1939 are quite revealing. By mid-1939 it became clear to Stalin that he would have to eliminate the irritants that stood in the way of a deal with Hitler. One of them was the fact that Soviet Foreign Minister Litvinov was Jewish and therefore vilified in the Nazi press. Then, in a sudden movement on May 3, Stalin’s police surrounded the Foreign Ministry in Moscow. Litvinov was expelled, to be replaced by Molotov. As Molotov later recalled, Stalin’s express order was to purge the ministry of the Jews. The way was now clear for the Nazis and the Communists to come together.

Communists around the world are mobilizing to help the Nazis

When war broke out, communist parties in Western Europe, especially in France and Britain, had to get creative. How could they justify to their own people that they should welcome an invading enemy? It was a war between imperialists, said the Communists. And so, the working classes had to be “anti-war”. In other words, they should undermine their own country’s efforts to resist the Nazi aggressor.

If there is any doubt about the camp expected by the Communists during World War II, it was lifted by the actions of Stalin in April 1941. At that time, the USSR signed a pact with Japan, which guaranteed no war between nations for four years. This pact did for Imperial Japan what the Molotov-Ribbentrop Pact of 1939 did for Nazi Germany. With their Asian side secure, the Japanese were free to turn to the Pacific and attack the United States at Pearl Harbor. The USSR was now firmly in the Axis camp, along with Japan and Germany. It is indeed remarkable how steadfastly Stalin kept his word in Japan, even after Hitler attacked the Soviet Union. Until 1945, the Soviets would not fight Japan, and would not appear to be helping anyone fighting Japan.

Hitler broke the alliance, not the Communists

On June 22, 1941, Hitler launched Operation Barbarossa, or the invasion of the Soviet Union. The Communists were taken by surprise. They had sent 5,000 tons of rubber to the Germans in the previous month alone. Now the Nazi troops drove in the USSR on these tires. The Communists did not break the alliance, Hitler did.

And so the Soviet Union found itself on the winning side of World War II. And no, the Communists never returned Eastern Poland which they captured as part of their deal with the Nazis in 1939. They definitely annexed it to the Soviet Union. Poland was compensated for the loss of territory in the east by taking territory from Germany in the west. And then Stalin also imposed a communist dictatorship on the whole of the new Poland. And on what was left of eastern Germany.

This is our modern world, at least until the end of the Cold War, shaped by the alliance between Communism and Nazism.

What does all this have to do with the Communists in India? It must be repeated that all the Communists everywhere at the time answered only to Stalin’s Comintern and not to their respective countries. In fact, the Communist Party of India was also formed as a division of the Communist International in Tashkent in 1920.

All of this should be to the eternal shame of Communists all over the world, including Indian Communists. But for some reason he never comes. We should ask our left historians why, as well as our media and civil society.

The author is a columnist and author. The opinions expressed are personal.