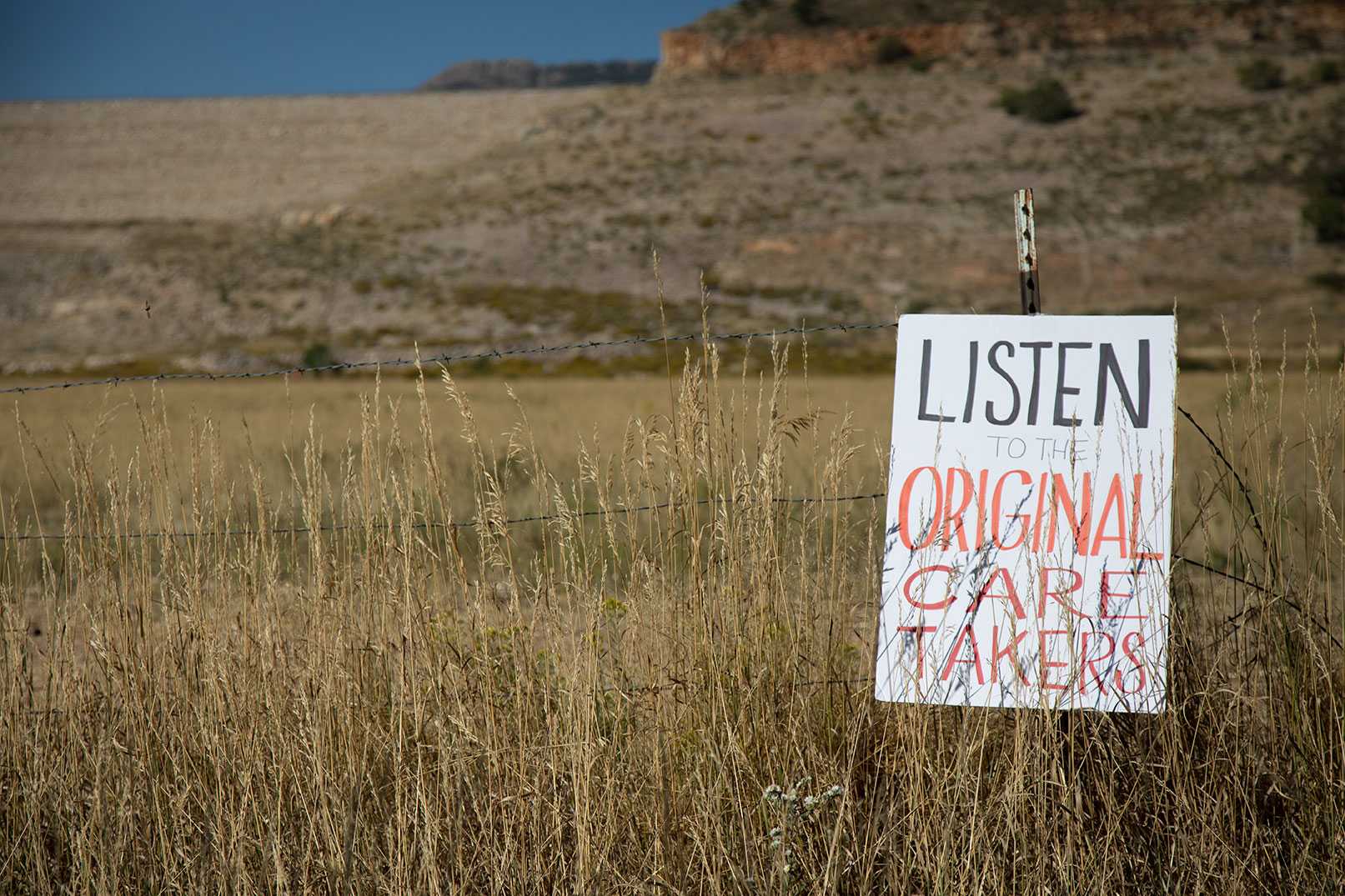 On September 18, the Hughes Land Back Initiative hosted a rally and press conference to discuss the deconstruction of a sweat lodge used by Native Americans.

“Our fires have been put out and our drums have been silenced,” said David Young, a spokesperson for the Colorado Apache tribe with Genízaro Affiliated Nations. “It’s just not OK.”

A sweat lodge is a sacred place where Aboriginal people practice their spiritual beliefs.

The sweat lodge was located on the Hughes Public Open Land and was released on July 24.

“It’s no surprise to the Indigenous community, but it’s still an insult,” Young said. “It’s a level of contempt and disrespect for those of us who always have been.”

“We put our hearts, souls and minds in these sacred areas,” said Kenny Frost, spokesperson for the Southern Ute Tribe. “Because of what happened and the destruction of this sacred place, part of your mind is also destroyed. “

The locals who led the rally said they did not know who had deconstructed the lodge.

Young said they ask whoever is responsible to take responsibility.

American Indian Religious Freedom Act protects the rights of Native Americans to exercise their religious beliefs and guarantees access to sites and the ability to use and possess sacred objects.

The Native American Graves Protection and Repatriation Act also protects cultural property. It states that “Federal agencies must follow a process for Native American human remains or cultural objects removed or discovered on federal or tribal lands,” according to the National Park Service.

We need those spaces where we can come unhindered – where we don’t have to ask permission – David Young, Apache tribe of Colorado with Affiliate Nations spokesperson Genízaro

“NAGPRA was passed in 1990, which gives us the right to worship and pray anywhere on federal lands,” said Frost.

The rally also discussed the involvement of indigenous peoples in the Hughes Land Back movement. Frost and Young want the land to return to the Colorado natives, so they continue to pray and worship.

August 20Colorado State University, the city of Fort Collins, and third-party Cottonwood Lands and Farms have agreed that CSU will sell the old Hughes Stadium land to the city for $ 12.5 million.

In the agreement, CSU agreed to sell the land in exchange for 24 acres so it could build housing for faculty and students.

According to a letter delivered earlier this month to the CSU Board of Governors and Governor Jared Polis, land was illegally given to the CSU in 1957 under the designation Land Grant.

“We need those spaces where we can come unhindered – where we don’t have to ask permission,” Young said. “Where we can just come and have our ceremonies. “

“This is our land,” Young said. “There were villages all along this Front Range.

The rally took place at the “Twin Cottonwoods” located on Hughes Land, and there were prayer flags installed around the two tribal spokespersons.

“We put up (flags) in a special way,” said Christinia Eala, a Native American rights activist. “We do it because it creates order in our mind.”

During the gathering, Frost also circulated spots (burning herbs) so that everyone in attendance could bless each other.

The natives who are part of the Land Back movement want the land to be able to worship freely.

For more information on future rallies and press conferences, people can visit the Hughes Land Back Web page.

Austria Cohn can be contacted at [email protected]an.com or on Twitter @AustriaCohn.