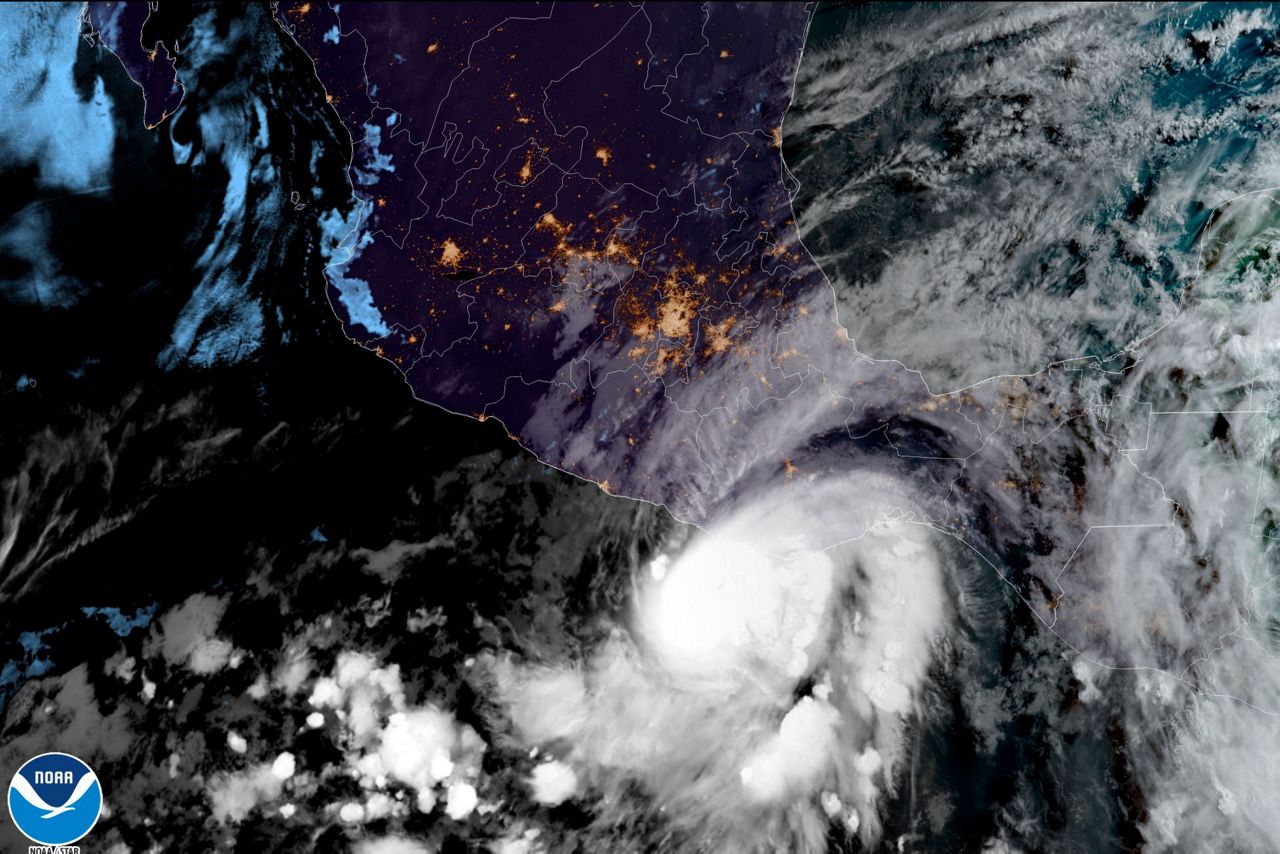 SAN ISIDRO DEL PALMAR, Mexico (AP) — Hurricane Agatha made history as the strongest hurricane on record to land in May during the Eastern Pacific hurricane season, ripping roofs off and washing away roads before disappearing Tuesday in southern Mexico.

The storm hit Oaxaca State on Monday afternoon as a powerful Category 2 hurricane with maximum sustained winds of 105 mph (165 km/h), then quickly lost power as it was moving inland over the mountainous interior.

Agatha’s remnants were moving northeast into Veracruz state on Tuesday, with sustained winds up to 30 mph (45 kph). The U.S. National Hurricane Center said the storm was expected to dissipate in the evening, but warned heavy rains from the system still posed a dangerous flood threat to southern states in Mexico.

Murat said Tuesday afternoon that power had been restored to some communities near the coast, but some bridges had been washed away and mudslides had blocked a number of state highways.

San Isidro del Palmar, just a few kilometers from the coast, was flooded by the Tonameca River which runs through the city.

Residents waded through neck-deep water to retrieve whatever items they could from their homes, walking gingerly with piles of clothes on their heads and religious figures in their arms.

Argeo Aquino, who had lived in the city all his life, could only remember two other occasions when he had seen such flooding.

“The houses are totally flooded, so they’re taking everything out,” Aquino said Monday as he surveyed his neighbors. “There are shops, houses. More than anything else, we have to try to save all the good stuff, because everything else is going to be washed away.”

The brown waters of the Tonameca reached the windows of parked cars and minibuses used for local transport.

Nearby, heavy rain and high winds battered the seaside town of Zipolite, known for its clothing-optional beach and bohemian vibe. The wind howled for about six hours on Monday, helps Silvia Ranfagni, manager of the Casa Kalmar hotel in Zipolite.

“The wind noise was really loud, high-pitched,” Ranfagni said. “It started at 1 p.m. when the phone coverage died out and it didn’t calm down until 7:30 p.m..”

“A lot of trees had fallen, the roads washed out,” she said. “A lot of sheet metal and thatched roofs were blown away.”

Agatha formed on Sunday and quickly rose to power. It is the strongest hurricane on record to make landfall in the eastern Pacific in May, said Jeff Masters, meteorologist at Yale Climate Connections and founder of Weather Underground.