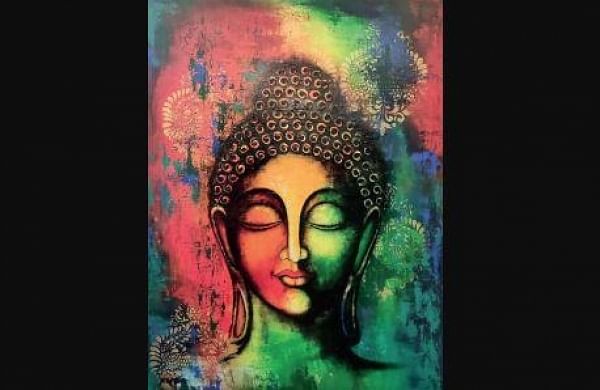 HYDERABAD: During a major discovery, a sculpture of Lord Buddha as well as the brick remains from the Satavahana era that were part of a Buddhist monastery were discovered in the city of Bhainsa by K Murali, professor of history at the Government Degree College of Nirmal.

The sculpture was recovered from a small irrigation reservoir behind Buddha Vihar near Siddhardha Nagar in the city of Bhainsa. Ancient bricks discovered around this area measuring between four and 14 inches have revealed that Bhainsa was a spiritual center of Buddhism even before the Satavahanas ruled this region in the 1st century CE.

This Buddha sculpture, which measures 10 inches high and eight inches wide, was found with a red sandstone that was used to carve the sculpture. Buddha can be seen meditating, seated in the â€œDharma Chakra Parivarthanaâ€ pose in the sculpture.

According to S Haragopal, manager, Kotha Telangana Charithra Brundam and Dr E Sivanagireddy, historian and archaeologist, the sculpture has many similarities to those found at the Buddhist sites of Nagarjunakonda and Phanigiri in the past. They believed that the sculpture could have been dated to the 3rd century AD.

Even in the past, a farmer by the name of Son Ba, a resident of Bhainsa, had informed historians that there were many brick structures in his garden, which he unknowingly removed in the past. This is an important find, as it restores the fact that Buddhism was practiced in Bhainsa in ancient times and that it was once a spiritual center for Buddhist monks.

This Buddha sculpture, which measures 10 inches high and eight inches wide, shows the enlightened in a mediating pose

Collaborative efforts to limit the impact of climate change sought