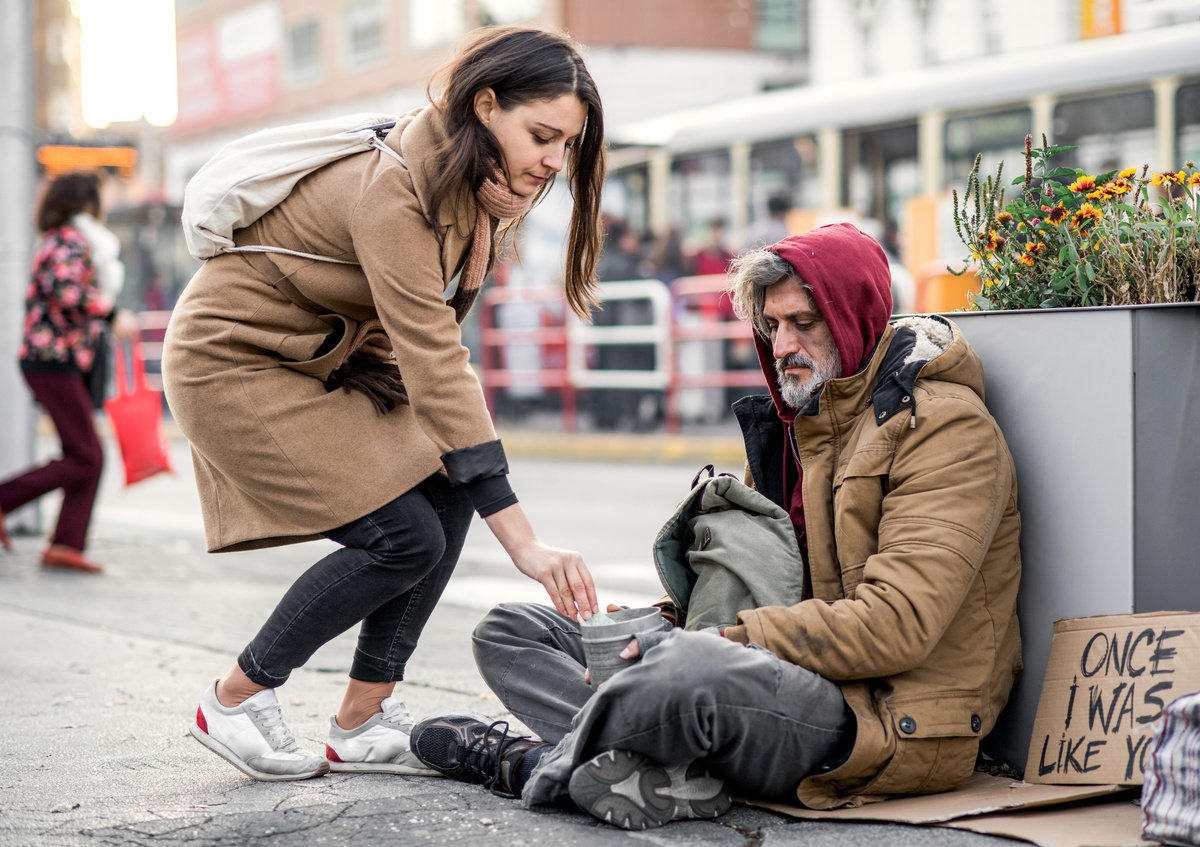 This Sunday’s readings deliver a clear message: “Alas for those who are comfortable in Zion, and for those who feel safe on Mount Samaria! – those who live in luxury, “but do not grieve at the ruin of Joseph”, like the rich man in the Gospel parable.

When God created the world, “he saw that it was good”, but only insofar as it remained “linked to its origin”, said Pope Saint John Paul II.

The things of this world are good in themselves. However, to us fallen human beings they are dangerous, because they make us trust them, think of them as our security for the future, think of our money as the bank I saw advertised from the side from a bus recently, “Growth with Always in Mind.”

If we really want to “grow with forever in mind,” we will put our trust in Christ, who alone “has immortality.” He is “the blessed and only Sovereign, King of kings and Lord of lords”.

Jesus said that “it is only with difficulty that a rich man will enter the Kingdom of God”. In fact, in his first “beatitude” he said that “the poor in spirit” are blessed because they have God as Lord – here and now, not just in the hereafter in Heaven.

The first beatitude does not command us to give away all our possessions. First of all, it is not worded as a command. Second, he declares that “the poor in spirit” are “blessed,” not that they are holy. As Pope Emeritus Benedict XVI has pointed out, material poverty does not guarantee salvation; the poor can be greedy for material things, forgetful of God and greedy for the goods of others. If we are poor, we must accept our poverty, thank God for it, and even embrace it, thus giving it a spiritual dimension called “poverty of spirit”.

The Catechism of the Catholic Church says that “in the beginning God committed the earth and its resources to the common stewardship of mankind, to care for them, to master them by labor and to enjoy their fruits”.

Now the essence of “stewardship” is the care of property that belong to someone else. We “should regard the external goods” that we rightfully possess, not only as exclusive to ourselves, but “common also to others, in the sense that they can benefit others” as well as ourselves. “Those who hold goods for use and consumption must use them with moderation, reserving the best part for guests, the sick, and [for] poor people.”

We can test ourselves on this point. If we learned that all or most of our savings had been lost, what would our reaction be? Could it be total desperation that made people jump from the top of buildings during the “crash” of October 1929? Or would it be the resignation of Job?

In the book of Job, the Lord says to Satan: “Have you noticed my servant Job, and that there is no one on earth like him, blameless and upright, fearing God and avoiding evil? But Satan replies, “You have blessed the work of his hands, and his cattle are scattered over the land. But now stretch out your hand and touch everything he has, and he will surely blaspheme you in your face.

With God’s permission, Satan takes all of Job’s possessions and later afflicts him with severe boils. In his pain, Job throws himself to the ground, but all he says is, “Naked I came out of my mother’s womb, and naked I will return there.” The Lord gave and the Lord took away; blessed be the name of the Lord.

“The appropriation of property is legitimate to guarantee the freedom and dignity” – or the value – “of persons, and to help each of them to provide for his basic needs and the needs of those for whom he is responsible” . Catechism, However, the universal destination of goods remains paramount.

Father Hawkswell will begin teaching The Catholic faith in plain language, with new perspectives, in September. The entire course will be available in written form and, one session per week, in YouTube form at beholdvancouver.org/catholic-faith-course. Father will also teach the course in person: Sundays at 2 p.m. at the John Paul II Pastoral Centre, 4885 St John Paul II Way, Vancouver (on 33rd Avenue between Cambie and Oak Streets) beginning September 11; and Mondays at 10 a.m. in St. Anthony’s Parish Hall, 2347 Inglewood Avenue, West Vancouver, beginning September 12.

To comment, send us a letter to the editor here.