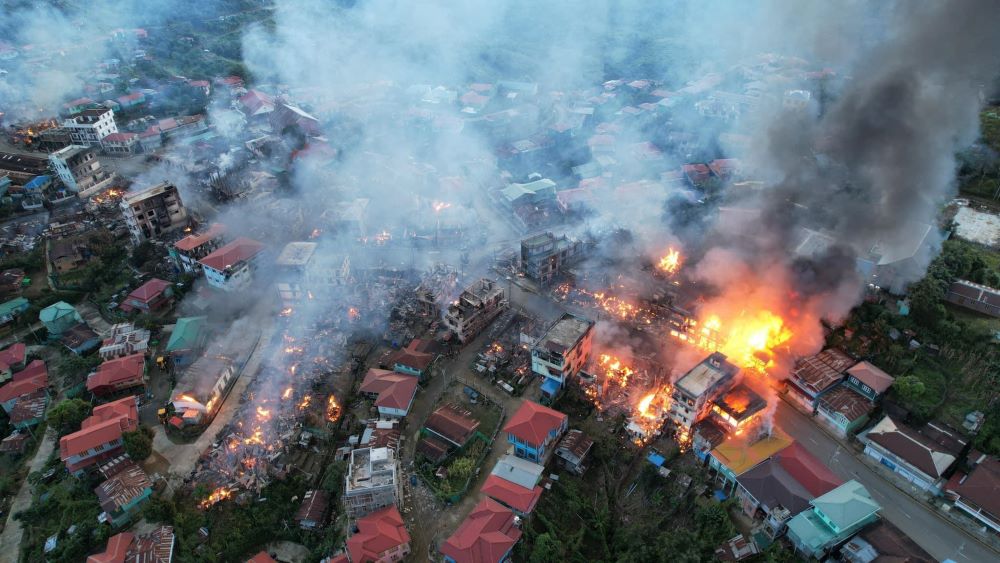 In Myanmar, churches burn in silence

Most often left out, the situation of Christians in Myanmar (formerly Burma) continues to deteriorate, as evidenced by the recent destruction of churches in the country.

“If churches and Catholic buildings are attacked again, all cordial relations will be interrupted and this will have painful consequences for all”, warns Mgr. Peter Hla, for whom the cup is full.

The bishop of Pekhon, a diocese located in Shan State, in eastern Myanmar, reacted to the latest abuses by the Tatmadaw – the Burmese army now in charge of the country – which had just burned down on November 28, 2021 , St. Nicholas Church and Eighty Houses in Thantlang Town to punish residents for “collaborating with the rebels.”

The church, reduced to ashes at the present time, was only built twenty-eight years ago, long enough to allow the blossoming of two priestly vocations which have had the grace to persevere to the end. : a feat in a country that is 90% Buddhist, where the Catholic minority represents about 6% of the total population.

From the point of view of Christians, the situation is far from improving, since the coup d’Ã©tat which gave power to the army on February 1: “while the army burns the houses of civilians, arrests and kills the local population, in several regions of the country, civilians are fleeing in the forests, in the territories of the dioceses of Hakha, Pekhon and Loikaw respectively â€, reports a local source to Fides.

In five months, the Cathedral of the Sacred Heart – where Bishop Hla officiates, to cite just one example, has been hit three times by rockets: â€œattacking the cathedral is like attacking the heart of every believer, everyone the faithful are sad because of these abuses â€, lamented the Bishop of Pekhon.

A Burmese priest, speaking to Fides, denounces the â€œdouble standardsâ€ of the military junta now in power, noting that the gratuitous acts of violence against civilians and Christian places of worship increase the frustration and protest of young people against the army: if churches have become the preferred target of military attacks, it is quite different for pagodas and Buddhist temples.

For the record, the Christian minority in Myanmar is mainly concentrated in the states of Chin (east), Kayah (west) and Kachin (north).

In addition, Christians mainly belong to ethnic minorities struggling for autonomy from the federal government and who, for both ethnic and religious reasons, face long-standing hostility from the Burmese military, including the majority of the members belong to the Bamar ethnic group. group and profess a Buddhism as strict as it is intolerant.