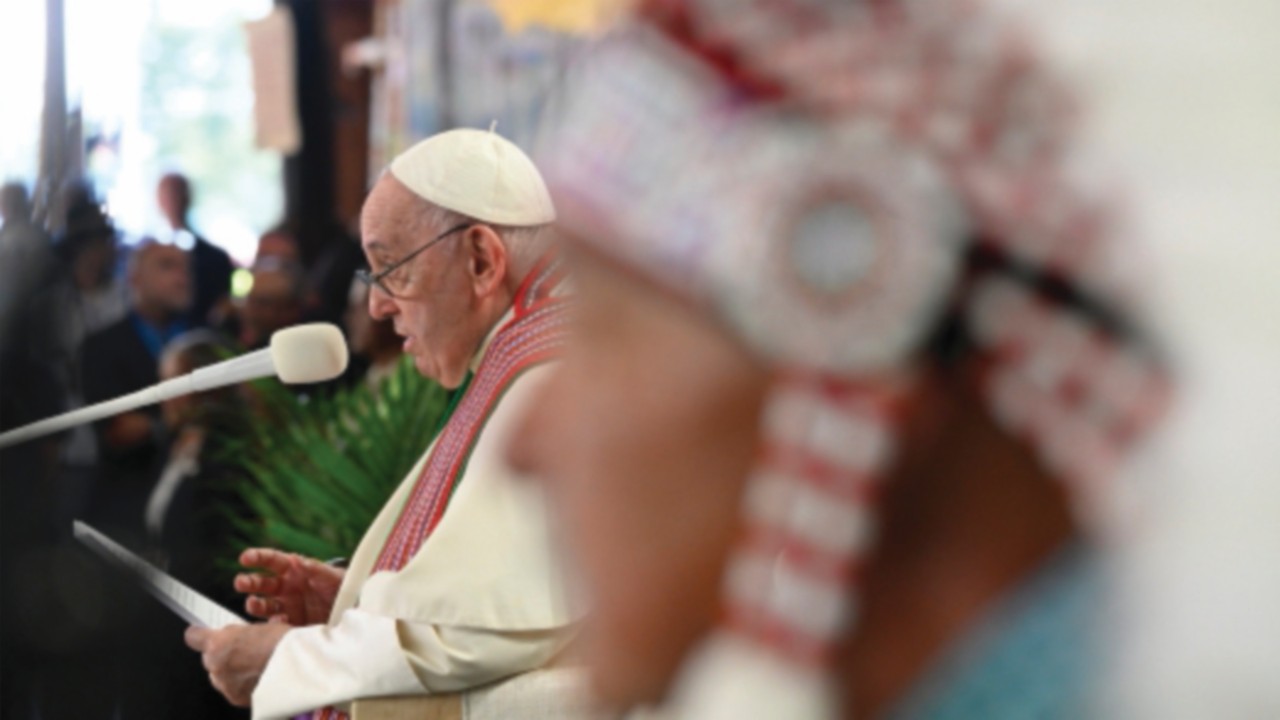 Indigenous Peoples, Evangelism and Us

The heart of Pope Francis’ “penitential pilgrimage” to Canada focused on his personal closeness to Indigenous peoples and his plea for forgiveness for the disasters wrought by the colonial mentality that sought to eradicate traditional cultures, especially through the dramatic residential school experience desired. by the government and run by Christian churches.

Encounters with indigenous people marked each stage of the journey and were quite moving. The understandable focus on the suffering endured by Indigenous peoples and the journey of reconciliation undertaken has overshadowed some valuable insights scattered throughout Pope Francis’ speeches, which offer helpful avenues for evangelization today in every corner of the earth. .

After saying he was ashamed of what happened when believers “became worldly, and rather than fostering reconciliation, they imposed their own cultural patterns”, the Pope went on to point out that “this attitude has a hard life, also from the religious point of view”. He thus postpones his reflection on the present, drawing on the events of the past. That is to say, it is a mentality that is always present.

“It may seem easier to impose God on people, than to let them approach God. This is contradictory and never works, because that is not how the Lord operates. He does not force us, he neither suppresses nor overwhelms; on the contrary, he loves, he liberates, he leaves us free. He does not support with his Spirit those who dominate others, who confuse the Gospel of our reconciliation with proselytism. One cannot proclaim God in a way contrary to God himself.

Even today, says the Successor of Peter, there is a risk of confusing the proclamation of the Gospel with proselytism, because the temptation of power and the search for social and cultural relevance, as well as the projects of evangelization based on religious marketing strategies and techniques, are contemporary phenomena of our time.

Even today, there is the temptation to manifest Jesus with the power and influence of the institution and its structures, with the appearance of projects that we think work “without God, relying on the only human strength”.

Instead, the way the Pope proposes is “not to decide for others, not to lock everyone into our preconceived categories, but to place ourselves before the crucified Lord and before our brothers and sisters, in order to ‘learning to walk together’.

It is the face of a Church which seeks to adhere more and more to the Gospel and which does not have a set of ideas and precepts to impose on people but knows how to be a house of welcome for all in witnessing to Jesus “as He wills”. , in freedom and charity.

Evangelizing in a time marked by secularism and indifference, Pope Francis reminds us, means offering the first Christian proclamation, because the joy of faith is not communicated “by presenting secondary aspects to those who have not yet embraced the Lord in their lives, or by simply repeating certain practices or reproducing older forms of pastoral work.

We must find new ways and opportunities for listening, dialogue and encounter, leaving room for God and his initiative, and not for our own desire to be center stage, and thus facilitate a return to “the simplicity and enthusiasm of the Acts of the Apostles. ” (Andrea Tornielli)

A 1,200-year-old Hindu temple in Pakistan has been opened to the public after being taken over by illegal occupiers