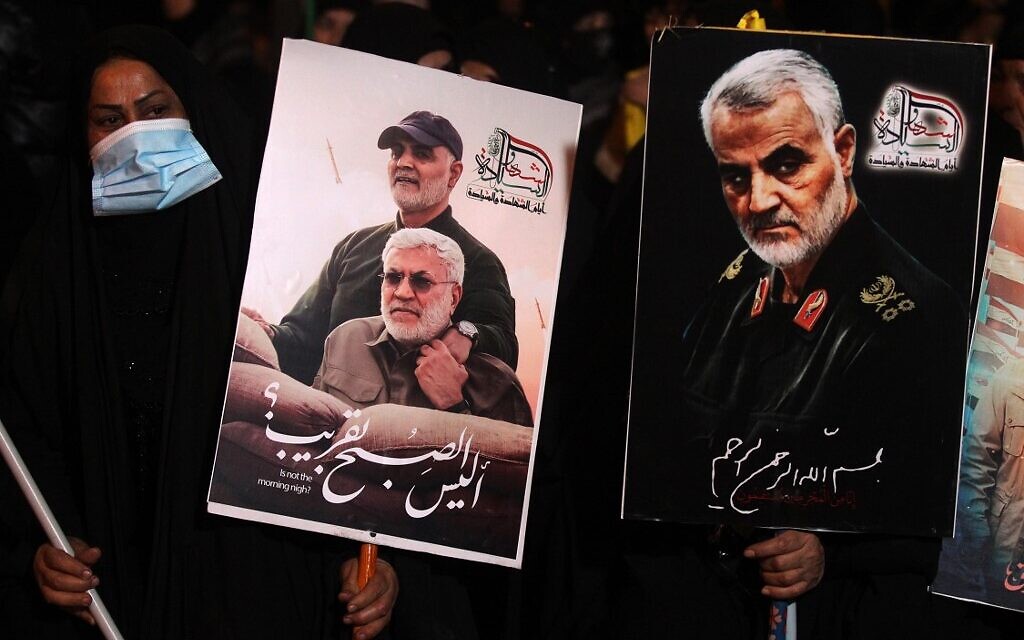 Pro-Iran militia fighters fired shells at a US base in the Al-Omar oil field in eastern Syria, causing damage but no casualties, according to the Syrian Observatory for Human Rights. ‘man.

This development comes a day after the US-led coalition fighting the Islamic State in Syria said it had foiled a rocket attack on a US base called “Green Village” in the eastern region of Deir Ezzor.

Today’s attack, also in Deir Ezzor, saw at least three shells land in Al-Omar, according to the Observatory, which relies on a network of sources inside Syria but was accused of inaccurate reports several times in the past.

One fell on a helicopter landing strip, while the other two struck an open area, according to the Observatory.

He says coalition forces retaliated by hitting the source of the artillery fire outside the eastern town of Al-Mayadeen, which is a hub for Tehran and its Syrian proxies.

There are no immediate reports of casualties.

The attacks targeting US facilities came as Tehran and its allies across the Middle East held moving commemorations marking the second anniversary on Monday of the assassination of Iranian commander Gen. Qassem Soleimani and his Iraqi lieutenant in a strike drones at Baghdad airport.

Yesterday, US-led coalition forces shot down two armed drones targeting an air base in western Iraq, according to a coalition official.

On Monday, the coalition shot down two armed drones targeting its compound at Baghdad airport.