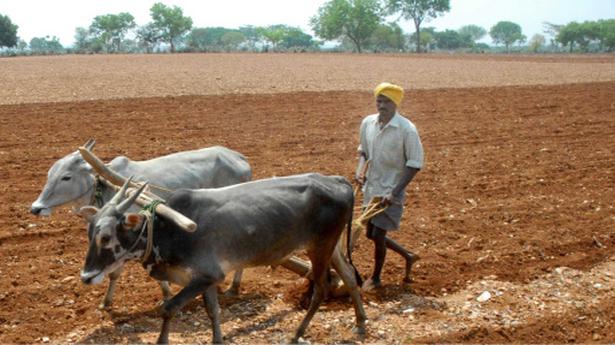 Union Finance Minister Nirmala Sitharaman announced in the budget that 2022-23 is the “International Year of Millets” and promised measures for their promotion. But in Karnataka, there are fears that farmers may once again be hesitant to grow ragi, a millet eaten in the southern districts. While this millet had been growing in recent years, the crop suffers from the lack of a farmer-friendly supply policy.

Since 2014-15 when lowly millet was introduced into the Public Distribution System (PDS) and subsequently the Minimum Support Price (MSP) was introduced for ragi in 2015-16, the area under ragi increased by 14% and production increased. by 7%. Also, with high yielding crop varieties, production has increased.

In 2020-2021, ragi was grown on about 7.81 lakh hectares in Karnataka. Despite the rains which damaged the crop, in 2020-2021, around 13.6 lakh tons of ragi were produced in Karnataka. It is estimated that around 50% of the total production reaches the market while the rest is kept by farmers for their consumption.

However, the purchase of ragi this season has come under criticism as the total quantum for the purchase of ragi has been set at 2.10 lakh tons and the restriction of purchases of every farmer owning less than 4 acres to a maximum of 20 quintals. The MSP for ragi has been set at ₹3,377 per cwt this year, an increase of ₹82 per cwt from last year when 4.7 lakh tons were procured.


“Farmers are selling their produce around 35% less than the MSP as the government delays purchases. The government should not limit the amount of purchases. Farmers are losers because of the delay,” said KRRS Chief Badagalpura Nagendra. Indeed, the ragi quota of 3 kg given in the PDS has been stopped for two months. “Why can’t the government procure the full amount of ragi brought in by farmers and ensure adequate supply through the PDS?”

While the registration window for the procurement closed in January, the cabinet subcommittee tasked with deciding whether to have another round of procurement has yet to announce its decision.

“Farmers should be incentivized to grow millet, but what the government has done on sourcing does not give farmers confidence. The government has not sent the right signal to farmers growing ragi,” said former Agricultural Price Commission Chairman Prakash Kammaradi.


He blamed the lower procurement amount set by the Center on Karnataka’s inability to communicate the situation on the ground. “Harvest forecasts and estimates must be sent to the Centre. Efficient supply of ragi in PDS will save ₹10 per family per month for Karnataka as the cost of ragi is lower. »

Death of man who burned outside Fort Worth temple was suicide