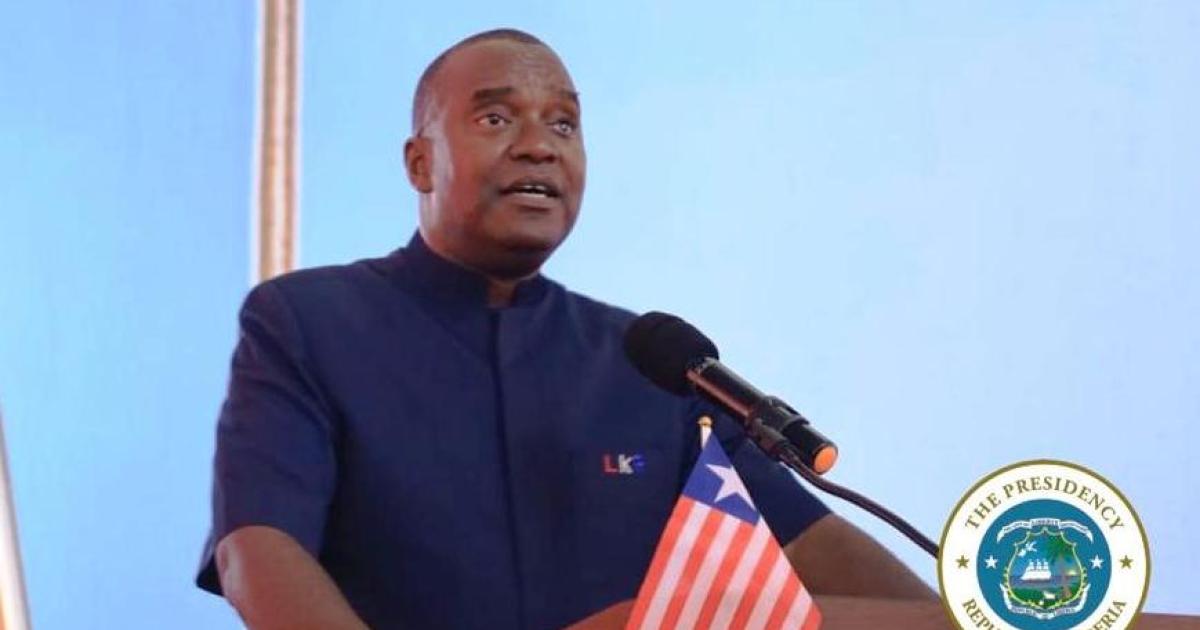 Bropleh said the path to inclusiveness of all in Liberia’s decision-making process, the path to making the country available to friendly partners and other nations and investors for economic and infrastructural growth is irreversible.

Bropleh said Liberians must stay on the irreversible path of upholding the rule of law and allowing the justice system to function independently for all, regardless of their social or political views, ties, alignment and differences. .

“The path to the unfettered development of human capital, the path to freedom of thought, association, expression and religious tolerance, are irreversible paths,” Bropleh said during the program marking the 175th Day celebration. of the national flag held at the Centennial Pavilion in Monrovia.

Bropleh said as Liberians celebrate their 175th Flag Day, they should remember that the flag represents an idea; not just a simple piece of fabric intended for decoration.

According to him, if Liberians allow political decisions, religious differences and other disagreements to continue to separate us rather than unite us, the consequences will be a broken society.

“If we allow disunity to pit us against each other, rather than embracing us, the consequences would be lack of development, economic growth, education, quality health care and prosperity for ourselves. and our posterity,” he said.

Bropleh said that regardless of our tribe, religion, political party, age, education and class, we belong to one nation and we pledge allegiance to one flag, the red, white and blue national ensign.

“We cannot afford to undo the gains we have made since the end of our two civil wars which have brought only prolonged suffering, increased the level of illiteracy, poverty and disease in society and caused thousands of lives and property worth millions of dollars to be destroyed and in some cases looted and vandalized,” he said.

He said the flag should be seen as symbolic and symbiotic as it binds and unites us Liberians. This year’s celebration is held under the theme: “The Lone Star, a symbol of unity and national development”.

“As a people who have chosen a free land as a more ideal place to preserve our liberty, freedom and happiness, our flag should always remind us of the great sacrifices our ancestors and mothers made to settle here and lay a solid foundation of unity, love and patriotism that shall reign endlessly in our land for generations to come,” Bropleh said.

This tells us how important our flag is to us as a nation; it is the true representation of a country and its people – regardless of their political, religious, cultural and social diversities, Bropleh said.

He said that as Liberians, a people united by a singular purpose to seek to live as a free and independent people from the humiliating bondage of slavery, torture and abuse, we are only reminded that this It is only through unity, patriotism, love and coexistence that we can shine the light of freedom on the African continent.

Bropleh said this was the true essence of the enormous sacrifices Liberia’s founding fathers and mothers made when they risked their lives across the Atlantic and boldly chose a path back to their ancestral homeland in Africa.

He said they chose to find a place – free from slavery and inhuman servitude – now called Liberia, where after many years of work they would hoist the red, white and blue flag with a white star in its township. (deposed), representing Africa’s first independent state after enduring hundreds of years of slavery in the Americas.

Bropleh said the returnees and the natives, having united and inhabited this land for over 200 years as a people and a nation, must not be seen again in this 21st century, tearing each other apart and fighting against each other d ‘a way that only sets the stage for our country to fall on the basis of our political differences.

He noted that the real push of the flag is symbolistic and symbiotic – mutualism, commensalism, understanding that as a national symbol we find a sense of belonging, inextricably linked in order to meet the enemy, with unassuming bravery, for what affects Grand Gedeh, affects Grand Bassa.

He called on Liberians to strive to peacefully move Liberia forward and not backward, up and not down, through the things we do and say about the nation and each other.

Literally on a daily basis, he said, Liberians pledge allegiance to a flag and the nation it represents, and cannot do so just for formality.

“When we do, let us reflect deeply on how far we have come and where we should be as Africa’s first independent country. See it as symbolic and symbiotic, as we need to nurture each other positively, not for ourselves, but for our ONE flag and ONE nation, Liberia,” he urged Liberians.

“Let us treat our flag with great respect because when we do that we will treat Liberians with respect and our nation as well. We must at all times seek the unity of our nation.

Broleh said that in 15 months Liberia will hold general and presidential elections and it is no secret that there will be bitter exchanges of words (not jabs) during the campaign period. Elections will be held, votes will be counted and winners announced – all of this at a time when Liberians as a people must be mindful of the imperatives of maintaining peace.

President George M. Weah, in his address, said the Lone Star is visible proof of the country’s sovereignty and a symbol of pride and dignity within the community of nations.

“Our true imprint on the world map unifies every Liberian, both at home and in the diaspora, presenting us as one people – regardless of our regions, religious beliefs, political affiliation or ethnicity,” said said Weah.

Weah said that as a people, Liberians have endured nearly a decade and a half of civil conflict, which has not only claimed the lives of more than 250,000 Liberians, but has also torn the fabric of our society and toppled important principles of our culture.

“We can be proud of ourselves as a country. Despite all the turmoil and disruption we have endured in our quest for a better standard of living, we can still stand firm as a nation and say we are ready to claim the future and see Liberia I say, love your flag and your country, for this is the path to national peace and unity,” the Liberian leader said.

SEC questions Twitter about how it counts fake accounts