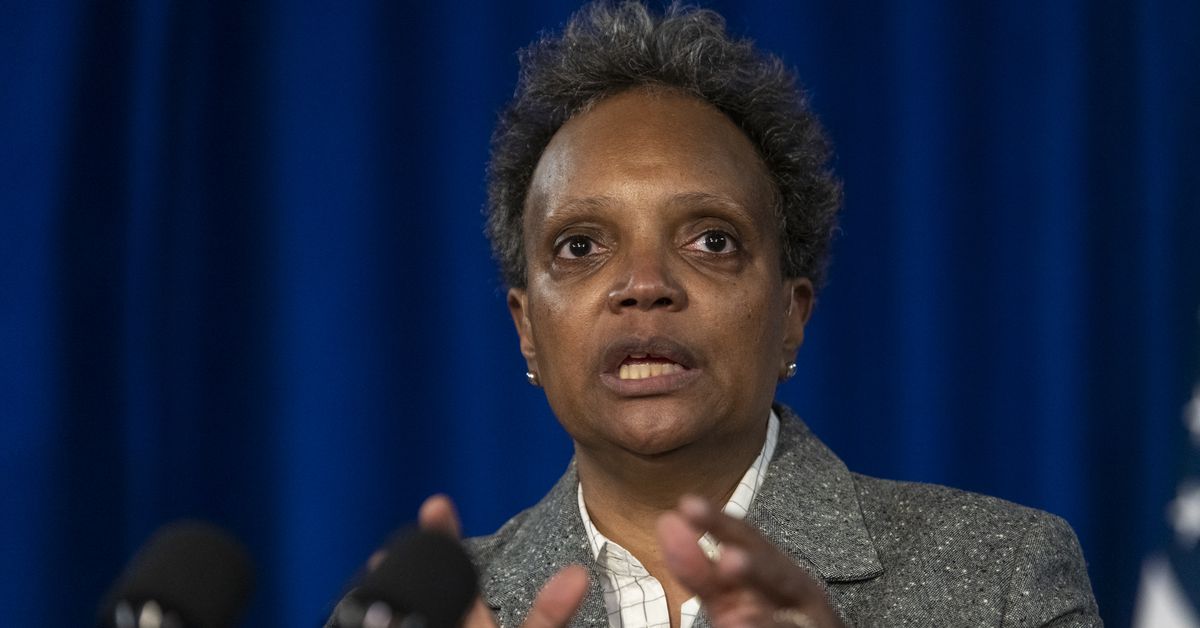 Small businesses, community organizations and nonprofits seeking to tap into an avalanche of federal funds not seen since the 1930s will receive 25% of the money up front, Mayor Lori Lightfoot announced Friday.

The goal is to explain to small businesses, community organizations and nonprofits that have faced unprecedented challenges during the pandemic what they need to do to be eligible for federal grants and comply with requirements. stringent auditing and reporting requirements.

It’s not an easy process. There’s a ton of paperwork to sort out.

â€œThis new policy will allow eligible grant recipients to secure 25% of the scholarship upfront, essentially acting as bridge funding so that smaller organizations can get their operations off to a quick start,â€ the mayor told summit attendees.

â€œThe sooner we can send these unique federal investments, the better prepared we will be to turn them into life-changing opportunities for our residents and the neighborhoods they inhabit.

In response to questions from The Sun-Times, the mayor’s office said the cash advance policy would apply to “select city subrecipients who qualify due to financial hardship.” This “may include community organizations, nonprofits and small businesses,” officials said.

Lightfoot once again described the $1.9 billion in federal stimulus money earmarked for Chicago â€” as well as President Joe Biden’s $1.2 trillion infrastructure bill â€” as a â€œone-time chance to cause a transformative changeâ€.

But she didn’t water down the strings attached. Instead, the city offered to help.

â€œI know a lot of you are interested in the work, in the delivery of services, not in setting up a back office with accountants and auditors etc. We understand that,â€ she said.

“We’ll make an announcement later on how we’re going to help you do the work that needs to be done in service delivery, but also make sure you’re compliant without having to build a whole new one. .. administrative infrastructure that no one has the time or the resources to be able to do. Stay tuned.”

Preckwinkle noted that the federal government has not made this level of investment in local government units and the residents they serve “since the 1930s” under President Franklin Delano Roosevelt.

It is therefore imperative that the city, county and state coordinate their efforts.

â€œThat level of coordination is a heavyweight, that’s for sure. But that is precisely what we need to effectively and fairly manage this historic funding,â€ said the Chairman of the Board.

Preckwinkle argued that city, county and state officials have â€œa lot of the same goals and prioritiesâ€ for federal money.

They all want to see â€œsafer, healthier, more equitable and resilientâ€ communities. They all want to â€œprioritize investments in proven strategies, services and programsâ€ and target the communities most in need â€œwithout redundancyâ€.

Preckwinkle said an intergovernmental task force used data from fatal and non-fatal shootings in 2021 to “prioritize geographic areas with the highest rates of violence” for federal grants.

â€œOur plans are ambitious. They seek to address complex systemic issues, such as crime and violence, as well as health and economic inequalities. We know it’s a challenge. An almost daunting challenge,â€ Preckwinkle told summit attendees.

â€œHowever, we have two major strengths that will leverage this work. The first is ARPA funding. And the second is you.

Lt. Governor Juliana Stratton thanked Lightfoot for ensuring community organizations, nonprofits and small businesses in Chicago have the tools they need through this partnership.

â€œSmall businesses and organizations deserve the tools to expand their reach and positively impact more lives,â€ Stratton said. â€œOur black and brown communities deserve investments that can close the racial wealth gap by putting their livelihoods first. You deserve a government that works with you on these solutionsâ€¦so you can leave this summit with the answers you need to take advantage of this unique funding opportunity available at all levels of government.

Truth about persecution must be told during Beijing Olympics, say Christian groups