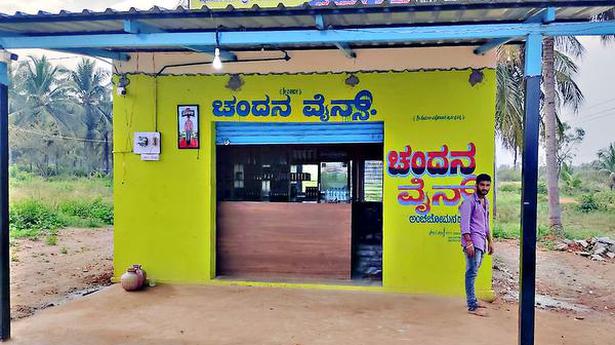 Residents of Anche Chomanahalli in Kadur taluk, who fought against the liquor store at Bapuji settlement in the village last August and managed to get an order for its closure, are now disappointed. The store owner still has one month to move his store from the excise department.

Women from migrant communities – Sudagadu Sidda and Hakki Pikk – had staged a six-day protest outside the store to demand its closure. They feared their families would be ruined if the store was opened near their community. In view of their protest, Deputy Excise Commissioner KKSumitha issued an order on August 17, for the store to be closed within 60 days. The store owner was asked to move it. The ordinance was issued in accordance with the Karnataka Excise Law, 1967, which prohibits the establishment of liquor stores within 100 meters of a religious place, school, hospital and of a residential community SC-ST. The Hindu had published a report on the matter on August 23.

â€œWe were all happy when we received the shutdown order. We were counting the days it was closed and we expected it to be closed on Sunday, the deadline, â€said CK Manjunath, a farmer and village activist.

Excise department officials showed them an order that gave the store owner one more month to move out. He appealed to the Excise Commissioner to challenge the CD order. As his appeal is pending before the commissioner, he asked the DC for additional time to travel.

â€œFor 60 days, we have been living through hell. The store opens early in the morning. Including my husband, most of the men in our colony go to the store in the morning to get drunk. We work hard in agriculture to earn and a lot of our income goes to the liquor store. We urge the administration to shut it down, â€Nethramma said, in tears.