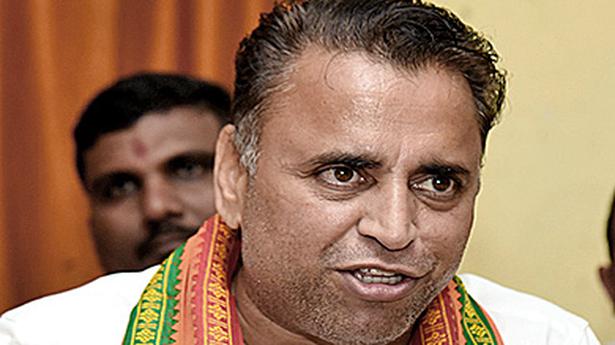 1. One dead, several injured in a bus-truck collision at 4am at Kodikonda in Sri Sathya Sai district today. The injured were taken to hospital in Hindupur-

2. Prohibit the YSR Congress Party and the BJP, representatives of all other political parties and people’s organizations from meeting and deliberating on the price hike.

3. BJP National Leaders Sunil Deodhar and Y. Satyakumar will attend the Yuva Morcha State Meeting of the party in Guntur-

4. The government plans to reduce the amount of money deposited in the account of beneficiaries under the Amma Vodi scheme to ₹3,000 from the academic year 2022-23.

4. MLC Ananta Satya Udaya Bhaskar was sent to Rajamundry Central Jail for 14 days pre-trial detention in the case of the murder of a young Dalit.

5. CPI Secretary of State K. Ramakrishna and other left-wing parties travel to Gollalamaamidada village to meet the family of young Dalit Veedhi Subramanyam, who was murdered in Kakinada-

7. Railway Protection Force (RPF) personnel have formed special teams to monitor thefts and other crimes in the Waltair Division. The teams have also rescued children who have recently gone missing.

9. The Department of Posts will publish a special postal cover on the Kodavali Buddhist site in Kakinada district.