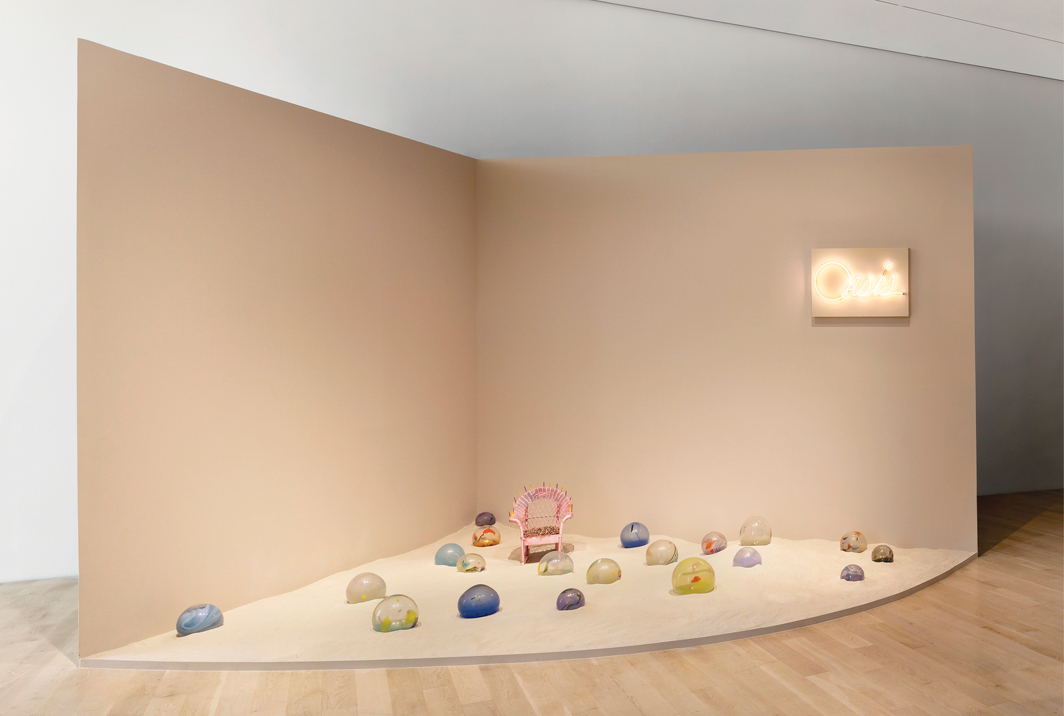 “Serious Moonlight” is a cerebral, deeply felt exhibition imaginatively curated by Stephanie Seidel. This is the first focused presentation of Betye Saar’s installations, produced mainly in the 1980s and 1990s, since the work was staged by Lowery Stokes Sims in “Resurrection: Site Installations, 1977 to 1987” at Visual Arts. Center at California State University, Fullerton. , in 1988. The show here also marks the first East Coast presentation of this less-reviewed body of work. This eye-opening period is full of secrets, offering new insights into Saar’s complexity and impact as an artist, expanding the story of his personal and political practice while demonstrating his continued importance for new generations of artists. .

The exhibition space – cavernous and almost empty save for the free-standing installation rooms with blank exterior walls – is illuminated by low spotlights, which cast prominent shadows: the design choice sets the stage for what is to come. In a room, Shadow Song, 1988, features hanging silk banners on which painted abstractions of landscapes and the artist’s shadow appear, based on photographs taken by Saar during a trip through the United States. Its umbral trace emphasizes dualities – between presence and absence, individual and collective – qualities immanent in the show itself. The wall label of this room includes a quote from the artist: “The installations are autobiographical because I participate but I am elsewhere.” Such games of invisibility and visibility – a refusal of coherence – are repeated throughout the exhibition. It looks like more than a pattern: an intentional conceptual strategy.

Created in memory of Saar’s mother, morning wings, 1987–92, is made up of branches and a strip of candy-colored neon tubing, an element that evokes the lights of a 70s jukebox. Visitors are encouraged to leave an offering, and one has encountered a range of freebies here, including dollar bills, doodles, and other ephemera, like a lapel pin that reads SMART MISCHIEF. It’s not a participatory gimmick, of course – the installation is a viscerally moving space of remembrance, a tribute to the artist’s parents and to the spiritual realm as intrinsic to the material world. According to Saar, such works “[reveal] the many layers of reality and [involve] the viewer beyond the physical realm.

Oasis, 1984, the first work exhibited, features bulbous blown glass globes that look like giant marbles: coins for a game of chance that are scattered on a sand backdrop. The installation features a bright and stylish neon graphic, one of many in the show. The sign decorates the wall behind a pink child’s chair placed on this large scale diorama. Crowned with tiny birthday candles and sprinkled with dried flowers, the chair emphasizes absence while making beach decor a narrative nonsite. This childhood memorial asks us to consider whether what we are looking at is a mirage, a place of escape, a spiritual sanctuary, or all of the above.

of the Saarland bondage brides, 1998, the centerpiece of the series, makes explicit reference to the horrors of the Middle Passage. It is composed of an ivory wedding dress suspended with a long train dragged by model ships tied with string; each ship sits atop a Brookes slave ship diagram. The schematic documents show illustrations of anonymous bodies being transported against their will. As emphasized by the positioning of the sculpture in space (the arms of the ghost bride are stretched out towards the windows of the gallery), this work commemorates a macabre past with a powerful symbolic lexicon.

Ghosts fill this nuanced and sensitively crafted show, which asks viewers to physically confront the shadows of so many forms, systems and selves. And Saar really seems to function as a medium: both as a person who can commune with the dead and as one who, above all else, is the most essential component – the life force, the animating spirit – of every work. what she does. Her home is her studio, her studio is a home, and her art is a portal: to Sarre itself, to healing, to the past, and to understanding how the past exists in the present.

What you need to know before Ash Wednesday in Las Cruces