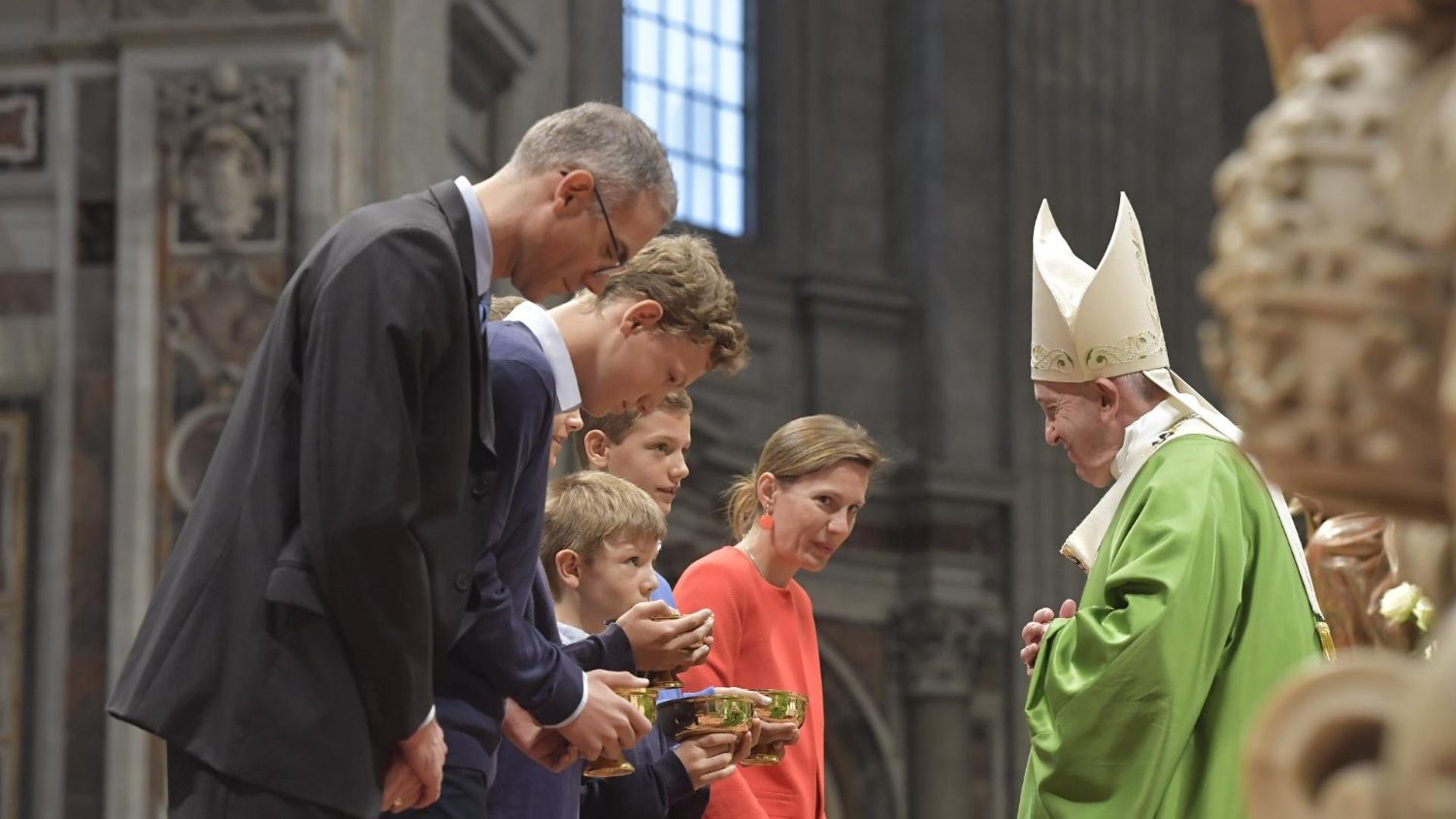 Message from the Pope for Mission Day: Every Christian is a witness of Christ in daily life

Pope Francis releases his message for World Mission Day 2022, celebrated on October 23, and urges all Christians to proclaim Christ’s message of salvation in all aspects of our daily lives.

As the Church celebrates Epiphany on Thursday, Pope Francis released his message for the event focused on the theme, â€œYou Will Be My Witnessesâ€ (Acts 1: 8).

“You will be my witnesses”

The Pope reflected on three foundations of â€œthe life and mission of each discipleâ€. The first, he said, is “the call of every Christian to bear witness to Christ”, calling it “the heart of Jesus’ teaching to the disciples.”

Pope Francis said that Christ was the first to be sent to proclaim, as the Father’s missionary and as his â€œfaithful witnessâ€.

â€œEvery Christian is called to be a missionary and a witness of Christ. And the Church, the community of Christ’s disciples, has no other mission than to bring the Gospel to the whole world by witnessing to Christ. Evangelizing is the very identity of the Church.

Living in a missionary key

The Pope said that every baptized Christian is called to accomplish the mission of the Church in a communal manner, even in the ordinary activities of our daily life.

Christians, he added, are sent on mission by the Church in the name of Christ, and never on our own initiative. He noted that Jesus sent the disciples in pairs because “Christians’ testimony to Christ is primarily of a communal nature.”

Missionaries, Pope Francis said, proclaim the Good News of God’s salvation in Christ, not their own powers or qualities of persuasion.

â€œIn evangelization,â€ he added, â€œthe example of a Christian life and the proclamation of Christ are inseparable. One is at the service of the other.

“To the end of the earth”

Pope Francis then envisioned a second foundation for Christian mission: â€œto the ends of the earthâ€.

He said the early disciples gradually broadened the scope of their mission and experienced an image of the Church â€œgoing outâ€ and guided by divine Providence, not the desire to proselytize.

In the face of persecution, the early Christians fled their homeland, taking the gospel with them to new countries, which is happening today.

Pope Francis added that the phrase â€œto the ends of the earthâ€ also challenges modern Christians to proclaim Christ to those who have yet to meet him.

“The Church of Christ will continue to” advance “towards new geographical, social and existential horizons, towards” borderline “places and human situations, in order to bear witness to Christ and to his love for men and women of all peoples. , cultures and social status. “

“The power of the Holy Spirit”

The Pope then approached the third foundation of the mission: â€œYou will receive the power of the Holy Spiritâ€.

He said the Spirit broke the bonds of fear of the apostles in the early days after Jesus’ death and resurrection.

The Spirit prompted St. Peter to deliver his missionary address to the people of Jerusalem, as the Acts recount, marking the beginning of an “era in which the disciples of Jesus evangelized the world.”

Pope Francis added that Christians are only able to bear â€œa full and authentic witness of Christ the Lord without the inspiration and assistance of the Spirit.

â€œAll missionary disciples of Christ are called to recognize the essential importance of the work of the Spirit, to dwell daily in His presence, and to receive His unwavering strength and direction. Indeed, it is precisely when we feel tired, demotivated or confused that we must remember to have recourse to the Holy Spirit in prayer.

Prayer, said the Pope, plays an important role in missionary life because it â€œenables us to be refreshed and strengthened by the Spirit as an inexhaustible divine source of renewed energy and joy to share the life of Christ with others “.

Pope Francis then said that 2022 sees several notable anniversaries in the missionary spirit of the Church.

The first is the 400e anniversary since the founding of the Sacred Congregation The Fide Propaganda, today Congregation for the Evangelization of Peoples.

This year also marks the 200e anniversary of the founding of the Society for the Propagation of the Faith by a young French woman, Pauline Jaricot, who will be beatified in 2022.

100 years ago, Pope Saint Paul VI granted the Company the status of â€œPontificalâ€, together with the Association of the Holy Childhood and the Company of Saint Peter the Apostle.

Pope Francis prayed that the local Churches â€œfind in these Societies a sure way of fostering the missionary spirit among the People of Godâ€.

In conclusion, the Pope expressed his dream of seeing a â€œcompletely missionary Church and a new era of missionary activity among Christian communitiesâ€.

â€œWould we all be in the Church what we already are by virtue of baptism: prophets, witnesses, missionaries of the Lord, by the power of the Holy Spirit, to the ends of the earth! Mary, Queen of Missions, pray for us!