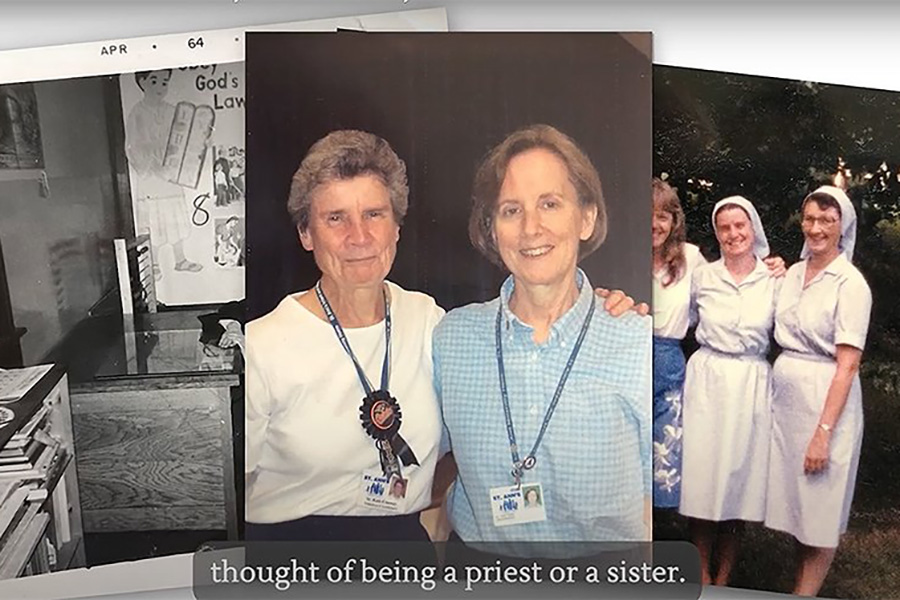 EMMITSBURG (CNS) — In the first episode of a series of short videos launched by the National Shrine of St. Elizabeth Ann Seton in Emmitsburg, Sister Mary Catherine Conway, a Daughter of Charity, talks about her 40 years of Catholic teaching as a teacher and principal.

The series, titled “Stories of the Sisters,” features short interviews with sisters who, like Sister Conway, are members of orders that trace their lineage to the first native-born American saint.

Sister Conway works at the shrine, which launched the series on Feb. 2, World Day for Consecrated Life. The annual celebration celebrates the contributions that religious sisters around the world make to the church and to society.

The video series also began on the same day that Mother Seton founded the Sisters of Charity of St. Joseph, the first community of religious women established in the United States, in 1809. The Sisters of Charity and Daughters of the Current charities are derived from it. founder.

“Mother Seton’s sisters have so much to offer us in their daily witness to our Lord,” said Rob Judge, executive director of the sanctuary. “Their stories provide insight into the sacrifices they make but also their service to those living in poverty and the joy of life they experience as religious.

“They offer us the love, the good humor and a testimony of holiness that we need more than ever.”

Videos from the series will be available on the sanctuary’s social media channels and on its website, www.setonshrine.org. The first episode can be viewed at https://bit.ly/3HBFU91.

A press release on the video series said it was only a planned initiative for 2022 after a full year of events and other activities commemorating the 200th anniversary of Mother Seton’s death on 4 January 1821.

Other initiatives this year include:

— A “Seton & Culture” series of original stories and videos from leading Catholic writers, poets and artists. The initial essay is by famed Catholic poet Paul Mariani and describes the thrills of a concerto and the feelings it evokes through the eyes of Trappist father Thomas Merton and mother Seton.

– Groundbreaking will take place by summer in a fully renovated and expanded museum/visitor center, which “will highlight the life and legacy of Mother Seton and the sisters who passed on her message to the world”.

Shrine officials said funds for the renovation and expansion came from the shrine’s “New Century of Charity” fundraising campaign, which they say “is on track to reach its $7 million goal. dollars”.

– “Lift Up My Soul: 15 Days of Prayer with St. Elizabeth Ann Seton, a free 15-day email program that uses Mother Seton’s writings and meditations” to integrate prayer more fully into our daily lives and develop a deeper, more personal relationship with the living God.

To learn more about the prayer program, see the “Pray” tab on www.setonshrine.org.

“Mother Seton’s life was full of crises and discouragement, and yet she persevered and became a saint and one of the most revered figures in the history of American Catholicism,” the press release said. sanctuary. “Where did she find the strength to continue? By turning to prayer and a deeper devotion to God.

Read more news about the saints