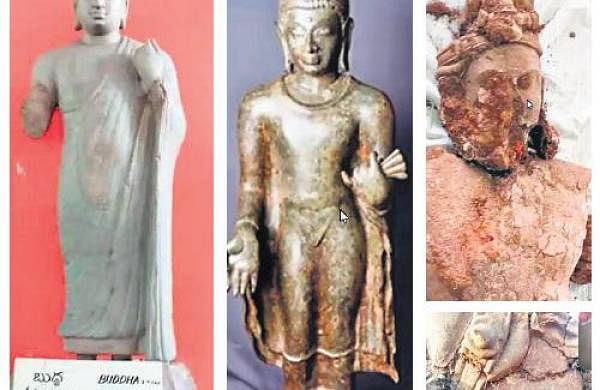 HYDERABAD: It has been recorded in history that Buddhism, which entered the Telangana region in the 6th century BC, was a way of life until the 6th century AD. Archaeological discoveries have unearthed Satavahana-era Buddhist monasteries named ‘Mahaviharas’ in Kondapur, Kotalingala and Phanigiri, among others. Although very few excavations have been carried out over the past century, explorations by scholars and archaeologists have proven that it was not just a few isolated monasteries that were built, but that Buddhism was practiced there. through the ‘Asmaka Mahajanapatha’, one of the 16 Mahajanapathas to have flourished in the Deccan region between the valleys of the Godavari and Krishna rivers.

Archaeologist Dr MA Sreenivasan, who spoke on Sunday about Buddhism in India in a virtual seminar organized by Kotha Telangana Charithra Brundam, spoke in detail, testifying to his observation that Buddhism was the first ” institutionalized religion” in this region before any other religion, which had played a central role in the 2nd stage of urbanization, when handicrafts and agricultural extension had begun to flourish.

Dr Sreenivasan said that although the kings of the Satavahana and Ikshvaku dynasties adhered to the Vedic religion due to diplomatic and military constraints, their queens, officials and people followed Buddhism and Jainism. Giving an elaborate presentation on the 33 Buddhist sites discovered in Telangana so far and all the remains of Buddhism from the periods of Satavahanas, Ikshvakus, Vishnukundis and some down to the Bahmanis, he said that very little had been done to unearth the real history and culture. of Telangana, which has been defined by Buddhism.

He also shed light on his latest discoveries in the Manjeera River Valley in Medak District, where he discovered the Satavahana era Brahmi script on a rock shelter of Anumulabanda near the Edupayala Temple. which read as ‘Om Namo Buddhaya’ and an Ashoka era label inscription on an artifact found in a deserted village near Kulcharam which reads “Devanam”. “This land has witnessed the advent, growth and spread of Buddhism. It takes a concerted effort to record the real story, which might otherwise disappear in no time. Future generations may never experience the Satavahana-Buddhist heritage of Telangana if all stakeholders do not act now,” he concluded.

WHO chief warns against talk of pandemic ‘endgame’