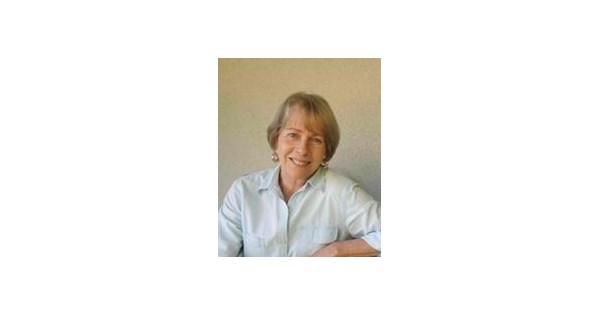 Berniece (Breck) D. Caloss
June 20, 1944 ~ November 15, 2021
Santa Cruz resident
Breck Caloss passed away of this life on November 15, 2021 in the presence of her devoted husband Dario Caloss and dedicated caregivers. Breck was born and raised in the Pacific Northwest, a land of sweet rain and the smell of verdant earth. Her immediate family includes her parents, Elsie and Richard Doebele, her four siblings Sandra, Harriett, Michael and David, and her sister-in-law Pat. As a child, his parents and siblings were delighted with his calm, playful and curious nature, his penchant for reading and his love for the mysteries of life that unfold.
Breck will be remembered for a long time for his nurturing and cultivated nature. She loved gardening; work the soil with his beautiful hands and long fingers. Her garden was always filled with flowers and served as a refuge for monarch butterflies. She loved cooking and baking, excelling at both. People who knew her loved her for her kind and gentle demeanor. She had a palpable interest and focus when speaking with people. Her heart was still open and her smile was warmly inviting. She was radiant and gentle, beautiful and cheerful, always cherished for her loving personality.
Life as a Californian began for Breck in 1965. Her first job at Disneyland suited her cheerful and sympathetic spirit. She then became a civilian employee of the United States Coast Guard on Alameda Island. Breck graduated from the University of California at Santa Barbara. His career in Academic Human Resources (AHR) began at UCSB. She ended her career at UCSC in the office of what was then called Academic Staff. During his twenty-five year career at the University of California, Breck received several performance awards. She has always strived to do the right thing in a creative, caring and patient manner.
Breck and Dario married in 1988 in a beautiful ceremony in a private garden in the Pacific Northwest. They first lived in Santa Barbara, where they both worked at UCSB, then moved to Santa Cruz and UCSC. Breck was devoted to Dario, and he to her. She was his delicate little flower, vigorous and robust, exquisite and graceful. Breck adored his daughter Lisa, his three granddaughters Kerstin, Emma and Zoe and his great granddaughter Maisy. Although the mother and daughter came to reside in different states, they conversed incessantly. “The Girls” traveled to California often, sharing stories about the course of their lives. Breck’s nieces and nephews – Gavin, Deidre, Lesley, Jason, Eric, Julie, Sean, Joel and Phillip – cherished his exuberance and welcoming demeanor, fully on display on summer family outings.
Breck has been a beloved and dedicated member of the Juniper Buddhist community since 2001, when she began her studies with Juniper’s founding teacher, Segyu Rinpoche. She has developed many friendships and has worked tirelessly on many projects on behalf of the community. She inspired the community with her sensitivity, humility, compassion and dedication. She was a bright light in the community and appreciated for her playfulness, cheerful spirit and empathy. She was also deeply concerned for American veterans and all victims of war and was passionate about learning the Buddhist teachings and using them to bring more wisdom and peace to the world. She will be lovingly remembered and will be sadly missed.
Breck’s compassion was exemplified by his many years of volunteer work at Tara Home in Soquel, California. She would devote many hours to caring for people during their end-of-life experience. She frequently mentioned her gratitude for the opportunity to give and learn from her Buddhist spirit guides and friends. She has also volunteered with various private organizations helping women find positive solutions for themselves and their children, before and after birth.
Family and friends will be informed and invited to a celebration of Breck’s life in spring 2022.
Look at the night sky with your heart.
In one of the stars you will see our Berniece smiling.