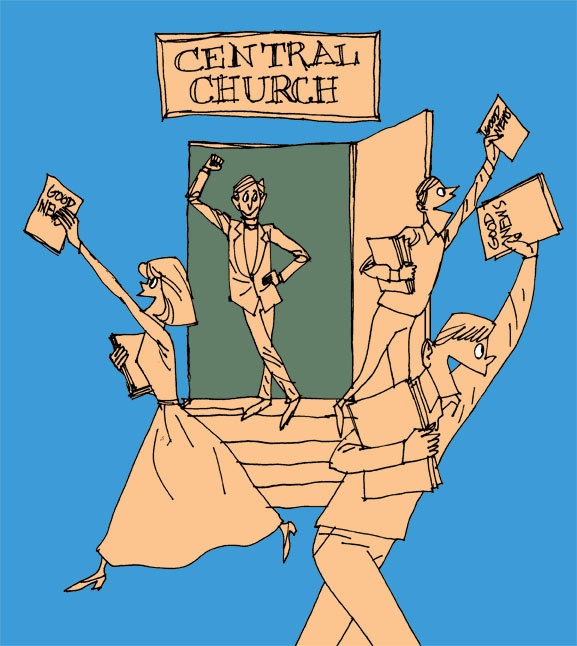 I can’t wait to see Christianity return to the old ways where believers were identified by their way of life. Believers were first called Christians in Antioch because people saw their behaviors and knew they were with Christ. In the late 1970s and early 1980s, Christians in my country were viewed very favorably. I remember a local cult who confessed that whenever they went on a rampage and attacked people, they were always careful not to touch the “born again” people.

I long for the return of those days when smokers threw away their cigarettes because a born again child of God passed in their path. When we were growing up in the 90s, you never dared approach a Christian girl for casual sex. There was such respect for Christian girls that even the toughest, toughest boys feared them. The spiritual fruits of their lives separated them from the world and no one doubted their identity.

I don’t know if other Western countries have experienced a similar phenomenon, but in Nigeria Christians were feared and respected. Thieves were afraid to rob Christians, and churches were sacred places that even unbelievers revered. When Christians testified in court, everyone believed because it was generally known that Christians do not lie. There was a clear distinction between the Church and the world. The Christians were not materialistic but celestial.

Where did we miss it? The sudden degradation calls for sober reflection. We cannot continue to pretend that all is well when we know things have fallen apart and there are many deviations from biblical Christianity. The world is now intimidating the church and Christians are now afraid of unbelievers. This is an error that must be corrected.

A return to ancient biblical Christianity is the only antidote to the moral degradation of the body of Christ throughout the world. Let’s go back to a time when Christians who had the calling of God waited for the Holy Spirit to empower them before they entered the field. There should be a redefinition of the purpose of the Church to prioritize the mandate of the Great Commission (Acts 1:8). The abuses of the Church have become inevitable due to ignorance of the purpose of the Church. We need to go back to the days when believers were not afraid to die for the gospel. Let’s not forget that the disciples celebrated because they were counted worthy to suffer reproach because of Christ (Acts 5:41).

There was a time when the ministers of God were not interested in riches, and when the message of the Church was Christ and Him crucified. Emulating the moral characters of the biblical apostles will do us much good and bring about revival and restoration.

As the Psalmist says, “Will you not revive us, that your people may rejoice in you? (Psalm 85:6). This is the question on the minds of so many Christians. Many believers yearn to see changes in their lives and their churches. Repentance is the gateway to revival: “If my people, who are called by my name, humble themselves, pray, seek my face, and turn from their wicked ways, then I will hear from heaven, and I will forgive their sin and I heal their land” (2 Chronicles 7:14). Christians today must stage a return to the Christianity of old, repent of man-made theologies and principles, embrace the Holy Spirit for supernatural power, and ask God to revive his church. and restore the church.

There was a time when the prayers of Christians shook the foundations of buildings; when believers instead of fleeing persecution and attack prayed for boldness to preach the gospel to the lost (Acts 4:29). I am convinced that a retrospective return to the Christianity of old will inevitably bring back the charismatic and raw power of God, as has happened in the past.

Oscar Amaechina is the president of Afri-Mission and Evangelization Network, Abuja, Nigeria. His calling is to take the gospel where no one has preached or heard of Jesus. He is the author of the book The mystery of the cross revealed.

Spitting, screens and sneakers: the rise of the preacher-influencer | Religion